posted on Aug, 24 2014 @ 07:53 PM
link
Its been a while since I posted here, but while helping a friend at event this past weekend I saw something that peaked my curiosity. We were working an event in a smaller town (maybe 20k population), that drew maybe a thousand people at any one time. While siting at the booth two younger kids caught my eye cause they were dressed like what I thought to be janitors. I thought this was odd because they were wearing blueish gray shirts and pants in the middle of a hot summer day, especially because it was unlikely they were working given that they were so young. As I looked closer I saw they both had the unmistakable DHS patch on their shoulders. I didn't notice this at first, but my friend pointed out to me that they were also carry handcuffs and radios.

Now, DHS at an event isn't super weird these days, it seems like homeland security is everywhere. However, what struck me as odd was that these guys didn't look to be older than 12 years old, certainly not anywhere near 18. But even at their young age they were "patrolling" down main street. I remember there was some talk of the boy scouts being trained to respond to terrorism in like 2009 and I was able to pull up website for customs and border patrol explorer program. The explorer program doesn't seem to fit because they were well under the age requirement and this was well inland in the US and had nothing to do with anything border or customs would deal with

So, has anyone else on ATS ever seen these mini- airport screeners on patrol anywhere?

Eyes and ears everywhere. These lads will be thinking they're being patriotic.

Vicksburg. The federal government calls them FEMA Corps. But they conjure up memories of the Hitler Youth of 1930’s Germany. Regardless of their name, the Dept of Homeland Security has just graduated its first class of 231 Homeland Youth. Kids, aged 18-24 and recruited from the President’s AmeriCorp volunteers, they represent the first wave of DHS’s youth corps, designed specifically to create a full time, paid, standing army of FEMA Youth across the country. 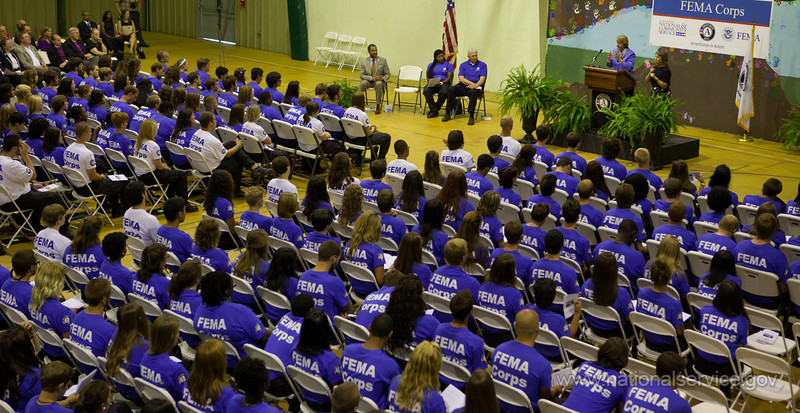 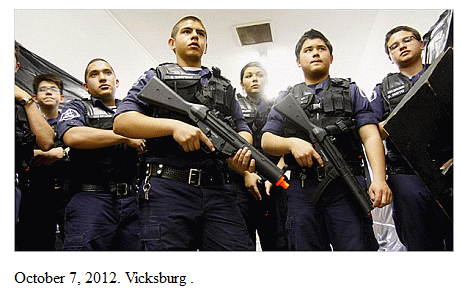 The minimum age is 18 so if this is the same group you saw then maybe
they just had a young face.

Now why would he say these things ?

originally posted by: MrSpad
The Customs and Border Protection Explorer Program is in every state and start at 12 years old. If not them then most states and many cities and counties have thier own department of home land security. Since it is just basicly an umbrella term that brings several organizations under one roof.

thats kinda scary...plenty of time there for some serious indoctrination


originally posted by: MrSpad
The Customs and Border Protection Explorer Program is in every state and start at 12 years old. If not them then most states and many cities and counties have thier own department of home land security. Since it is just basicly an umbrella term that brings several organizations under one roof.

thats kinda scary...plenty of time there for some serious indoctrination

They have been doing it for decades and nobody seems to complain.

No, looking young is no indication that you are young. However, this is a difference between looking like you are 16 and hit puberty and looking like you are starting your first day of middle school in a week. These two boys both looked 12-13. Nothing indicated to me that they were even high school age. Plus given the other kids wearing different middle school tshirts at the event looking very similar I'd say its not just a case of looking young.

And to everyone else I've seen the 14+ programs for various DHS programs, but if you look at the Boy Scouts picture posted by Skuly, those guys made these kids look like infants....both looked super young. So given that I had heard of those other programs I was just curious if there was a program for starting even younger. I mean the sister group to the hitler youth (the German Youth) started them at 10 so was just curious.

This is accurate. When I went through airborne school they recognized the youngest graduate who was seventeen at the time. I also remember a young E-5 airborne instructor who was something of legend around the paratrooper community for having a combat jump into Panama under his belt. If I recall correctly he was twenty years old. That was 1991. Myself, I joined the Army delayed entry program when I was a sophomore in high school. I was fifteen. While I don't know how common the delayed entry program is anymore (I ETS'd in 2003), what it amounted to (for) me was weekly training sessions at my Army recruiter's office. More prep for boot camp and military customs training than indoctrination really.

Speaking to the OP, this thread has been an interesting read.

As in Boy Scouts?

Ah ok, thought the Boy Scouts were an odd choice to warn haha