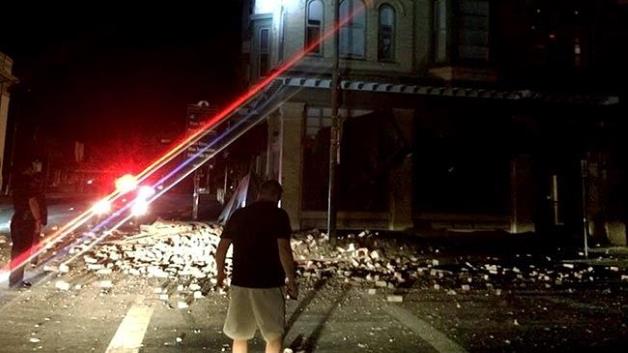 The earthquake struck just before 3:30 a.m. about 10 miles northwest of American Canyon, which is about 6 miles southwest of Napa, in California wine country, Leslie Gordon of the U.S. Geological Survey said.

It's the largest earthquake to shake the Bay Area since the 6.9 magnitude Loma Prieta quake in 1989, the USGS said.

The shaking set off car alarms and had residents of neighboring Sonoma County running out of their houses in the middle of night. Officials say widespread power outages have been report in Sonoma County.

A member of Napa County dispatch tells The Associated Press that there has been one report of structural damage, but additional details weren't immediately available.

Just saw that this was already posted. Mods can close this forum.


Mods can close this forum.

Closing the forum might be overdoing it a bit