i was just admiring some of the threads here in member art and thought i would bring in some of my work to show off. I work with a wide variety of materials and i love to paint with acrylics and spray paint, but today i want to share some of my wood carvings and lathe work. i also do jewelry boxes, cutting boards, bird houses, and many other things but that will be another thread. 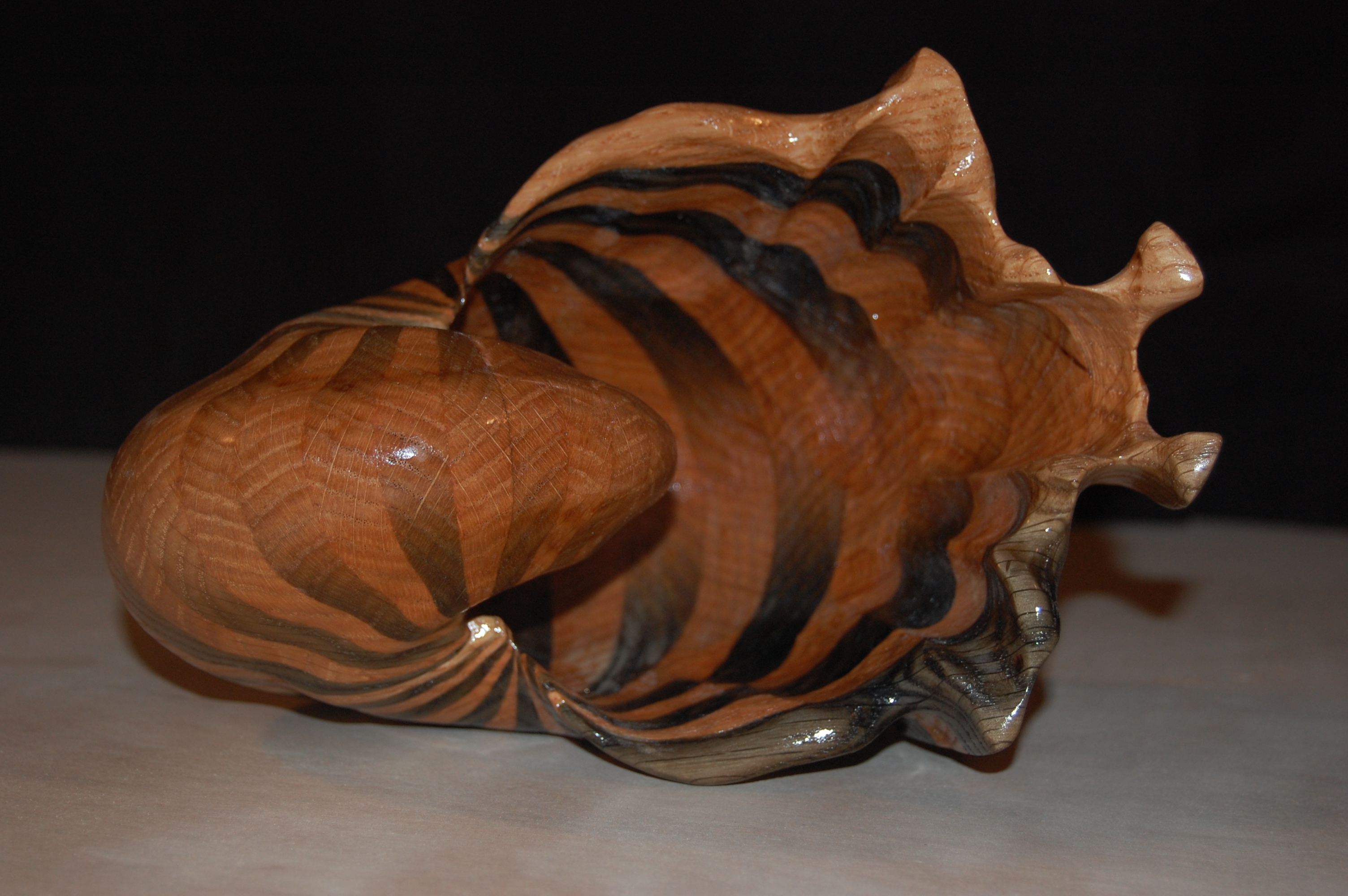 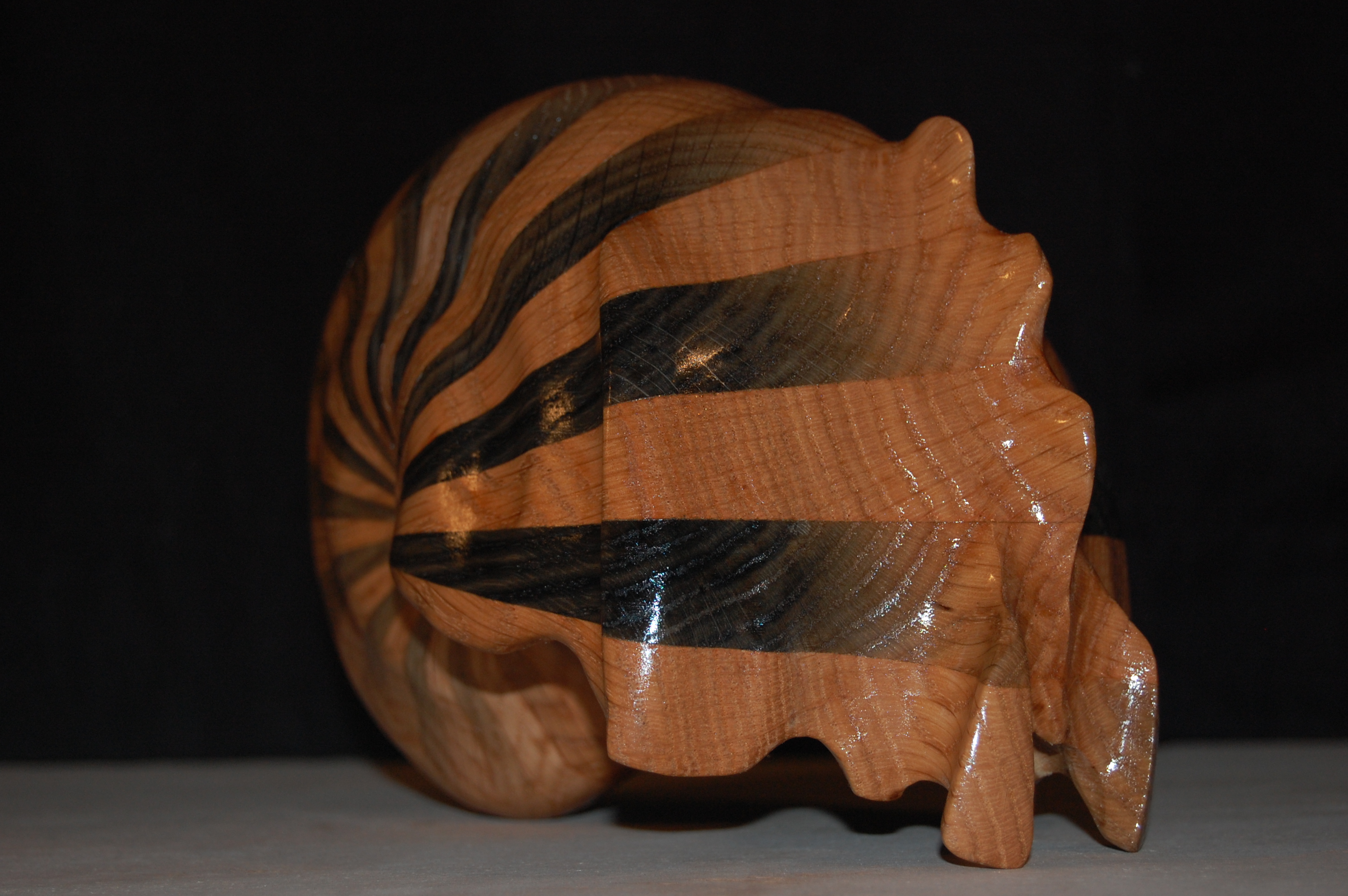 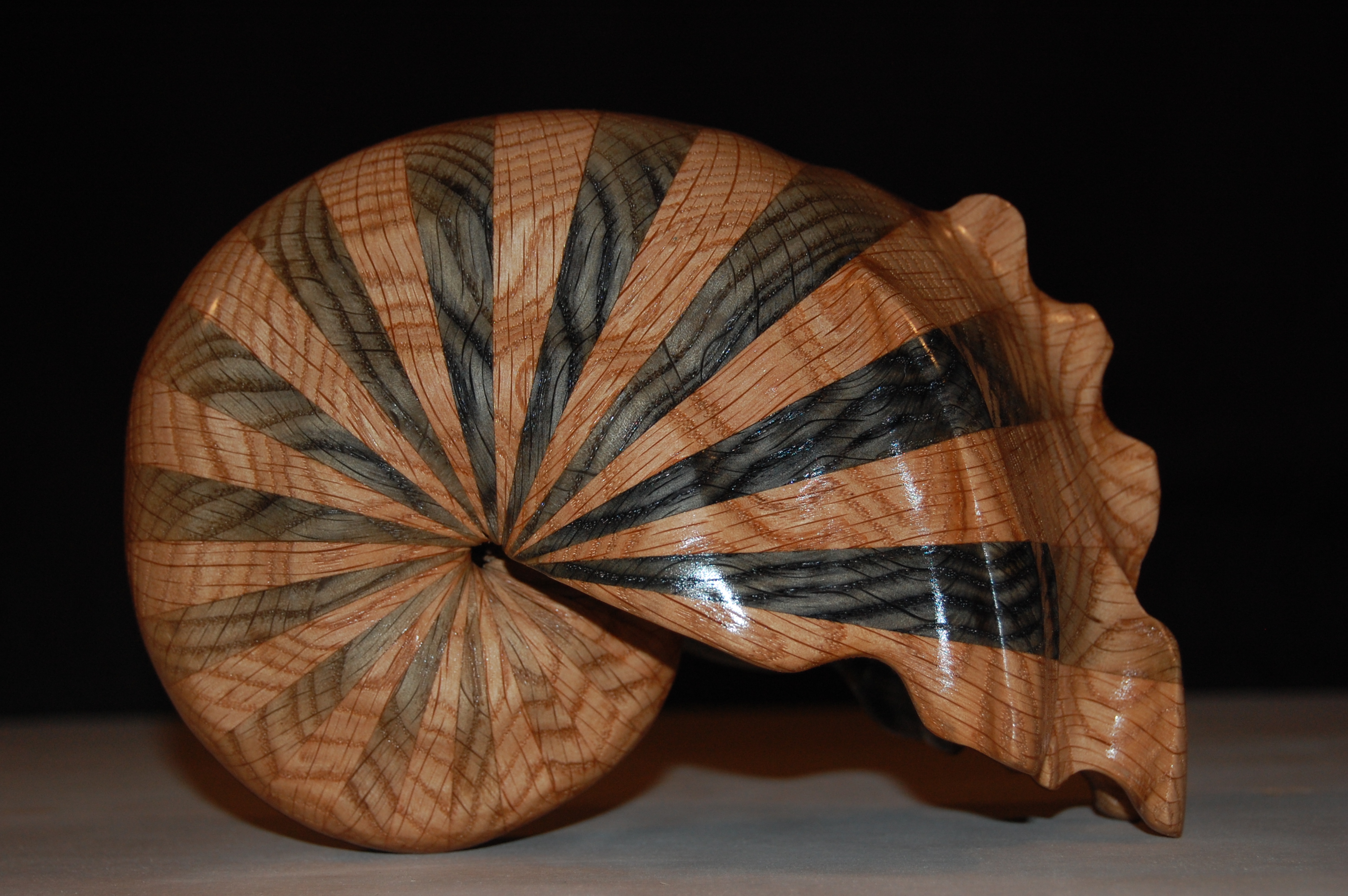 This is a nautilus shell made from segmented pieces of hickory. I went pretty abstract on the shaping of the outside so it is not a good representation of anything you would find in the wild. i do a lot of these. Here's another from pine. 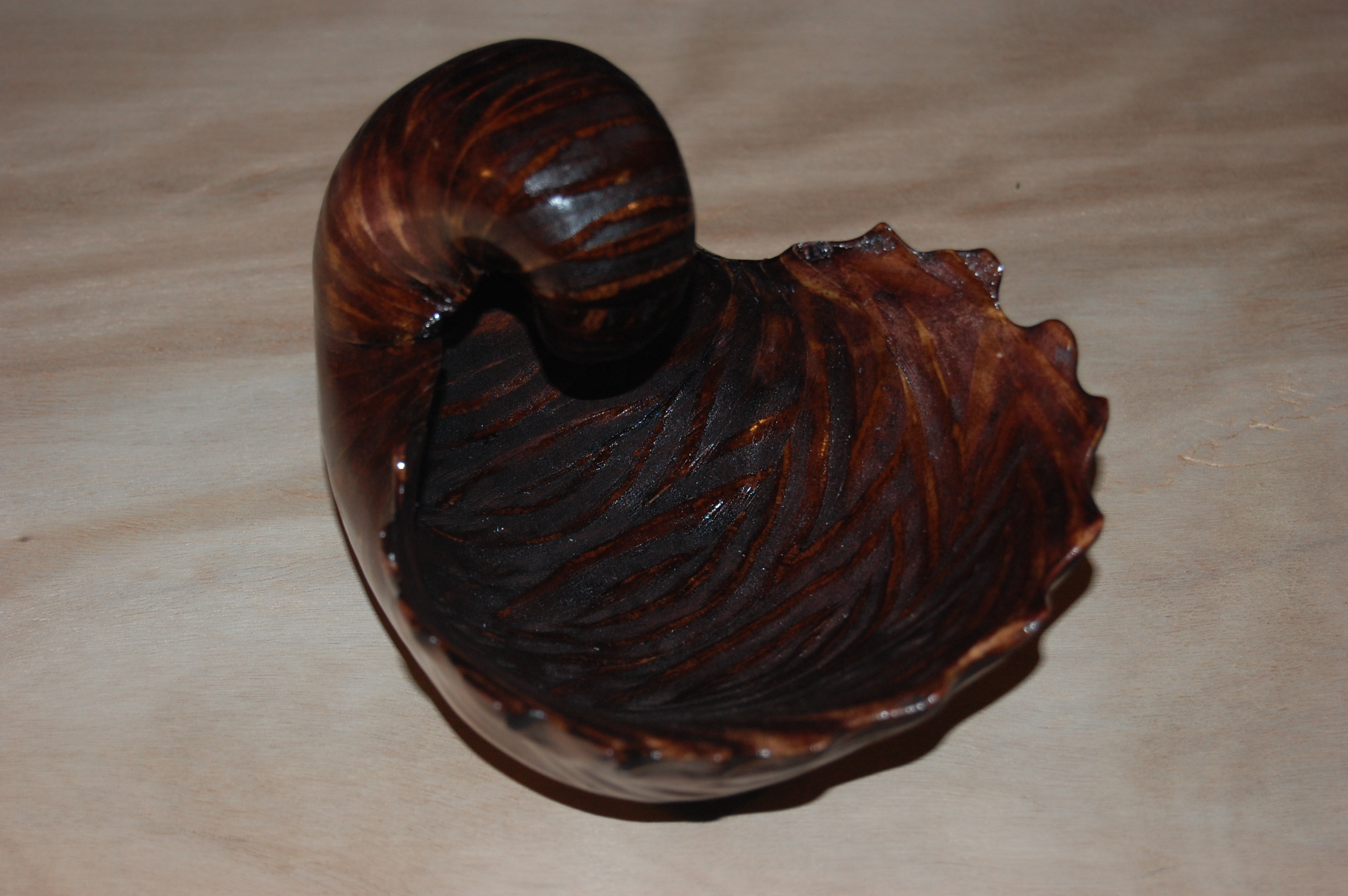 i used to carve magic wands and sell them at the Ren fair when i was younger. here are a couple i still have laying around. 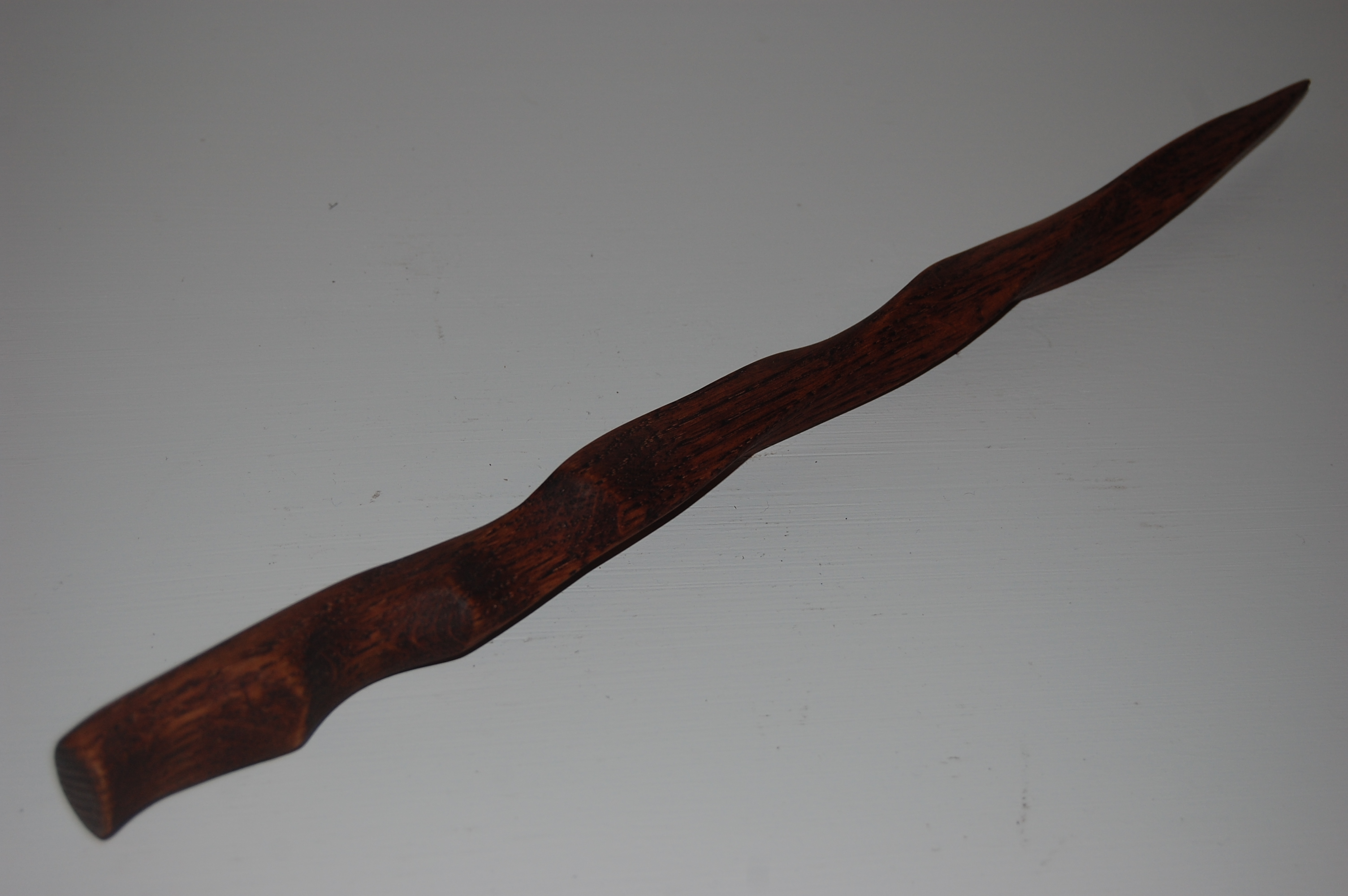 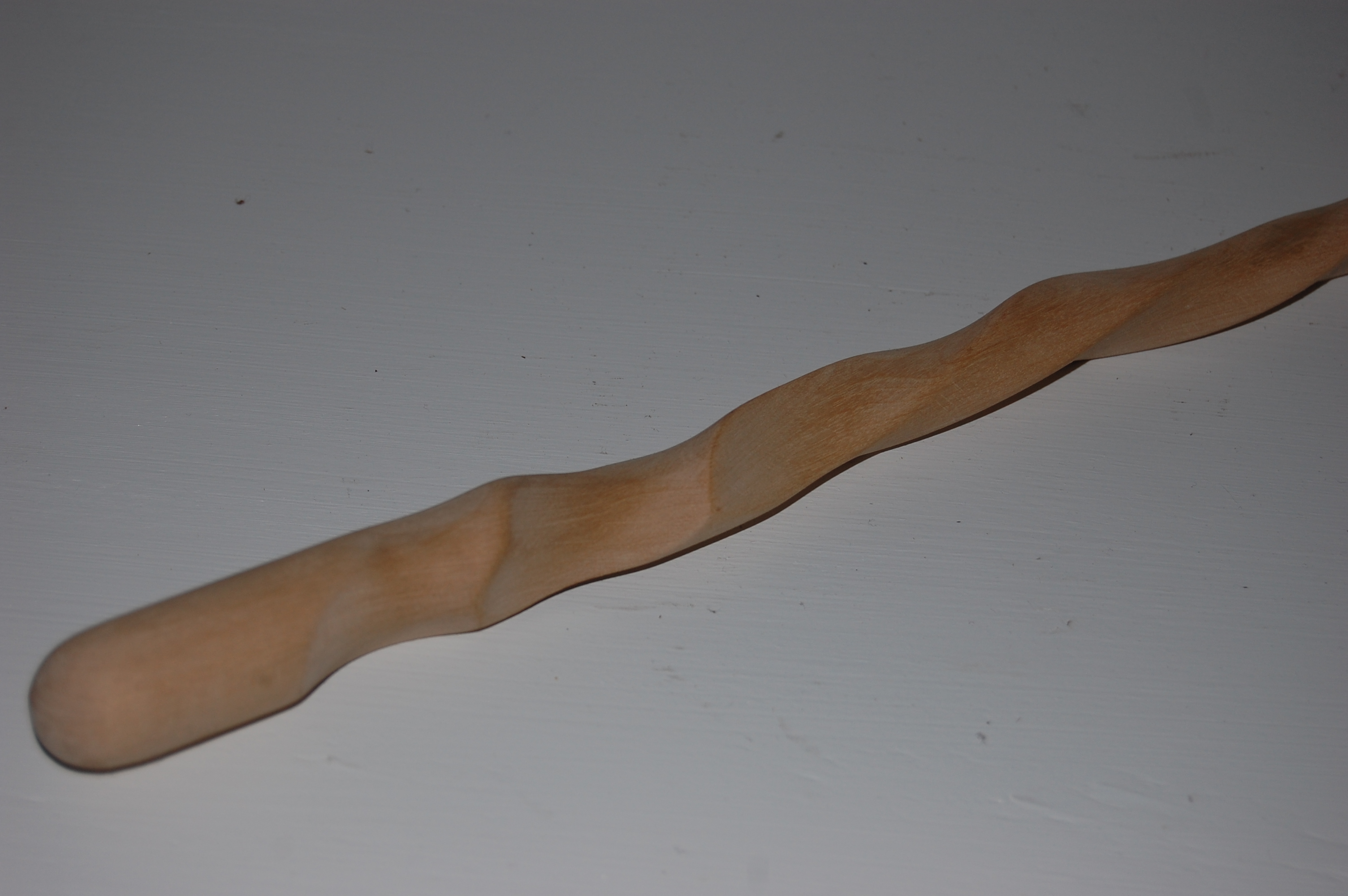 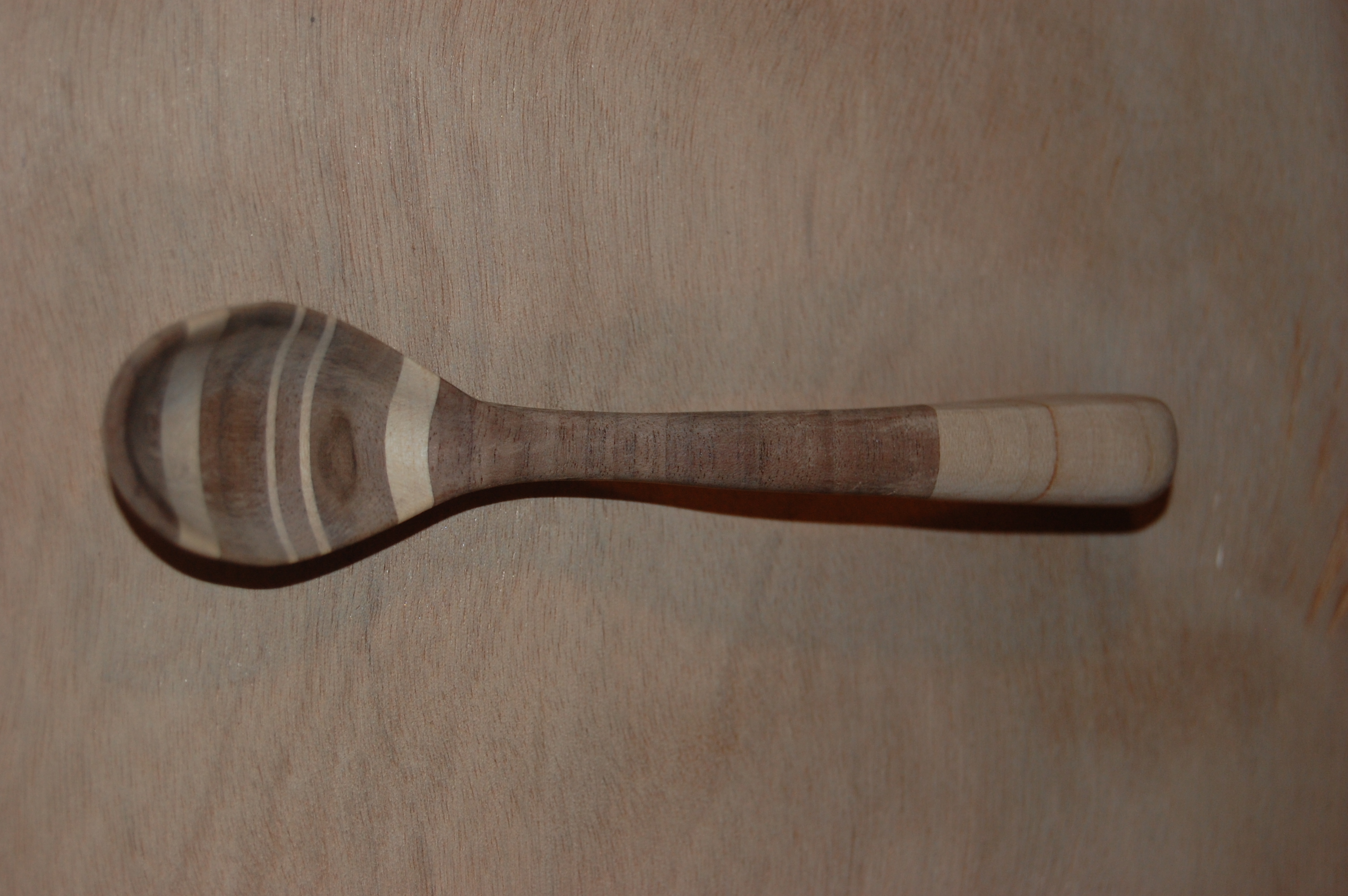 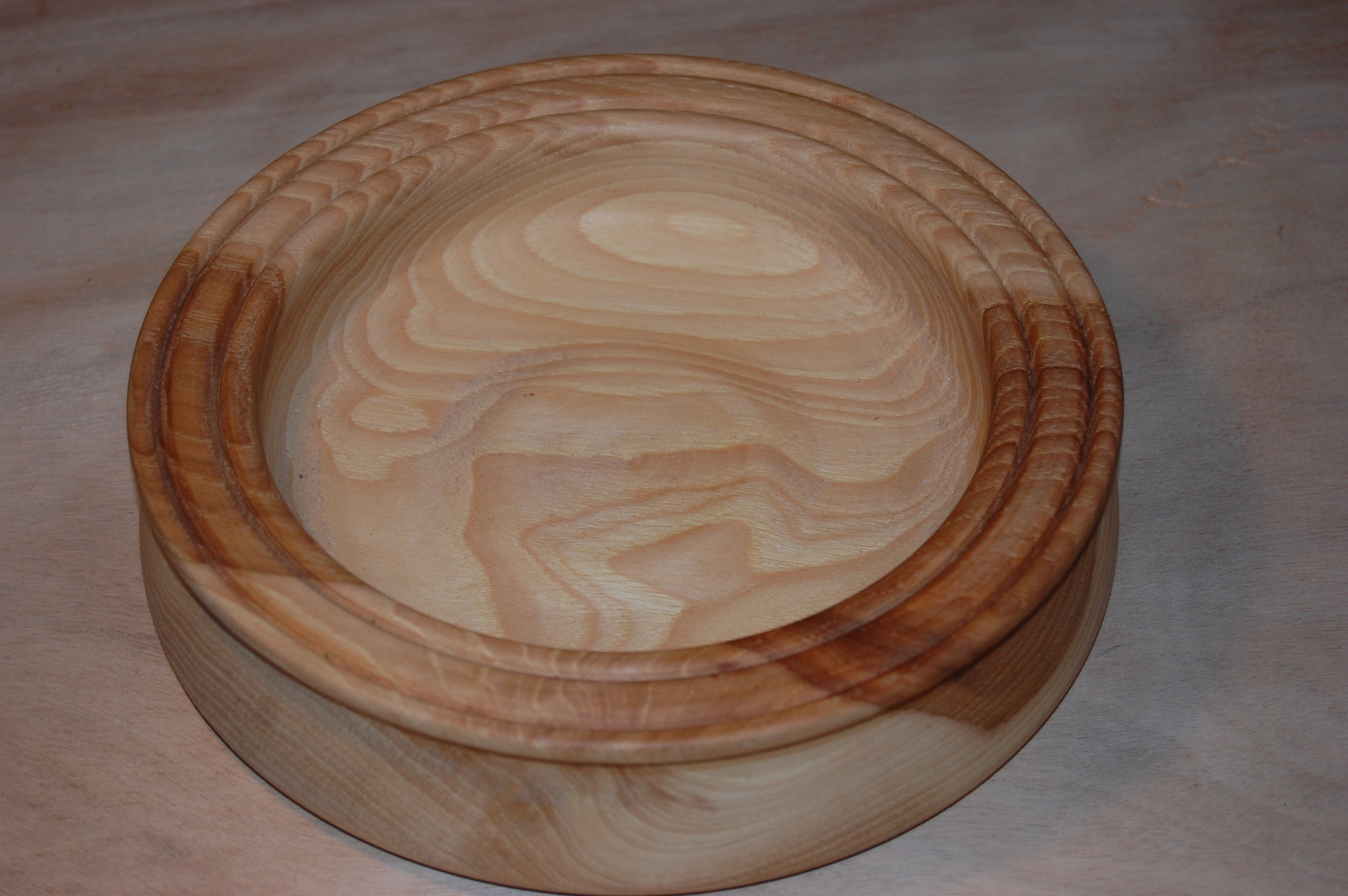 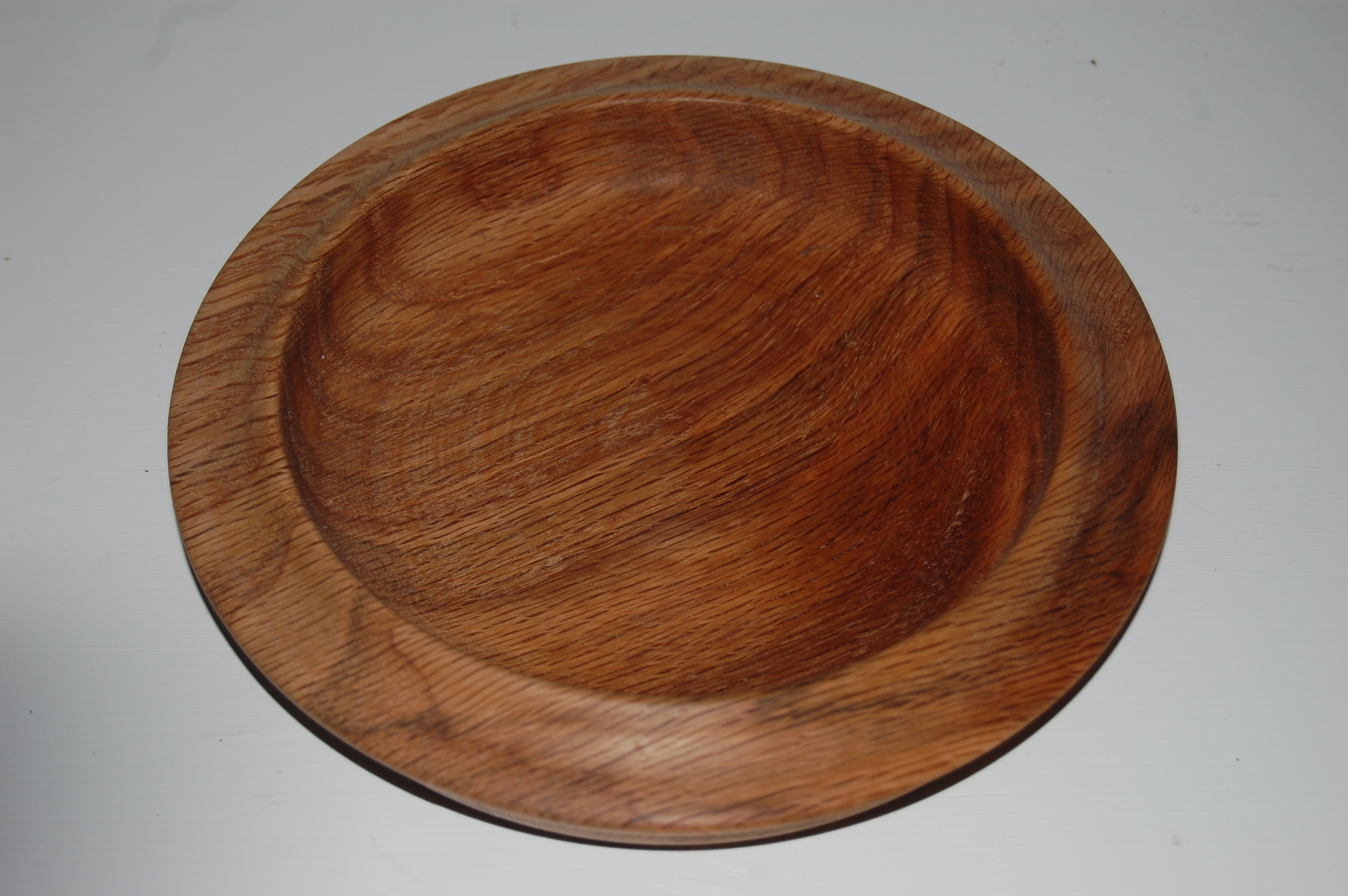 let me know what you think. I have lots more if you would like to see. THANKS!!

My (almost) 17 year old daughter is having a fit over your Harry Potter wands!

Try taking pic of the wood before you start so you can see the before shot and just one or two in the middle. It really does show how much work goes into these.

Those are AMAZING! Such beautiful pieces of art work!

Question. Do you sell them? Or do you have a site like an Etsy page that you sell them on? I love wooden spoons for cooking and decor in my kitchen.

originally posted by: Kangaruex4Ewe
That's amazing work!! I would definitely like to see more of your stuff!

My (almost) 17 year old daughter is having a fit over your Harry Potter wands!

haha everyone seems to like the wands. ive seen grown men light up when they get one in their hands.

posted on Aug, 19 2014 @ 08:18 PM
link
From a fellow ex-rennie
Beautiful work!
Perhaps you could, as one member has suggested, post some pics of the process.
I'd love to see how you do that.

posted on Aug, 19 2014 @ 08:39 PM
link
i have made quite a few of these boxes. most of them were gifts for various friends and family, but i have sold a few. i do have an Etsy shop but i have never put anything up for sale there. i have put a lot of things up on Ebay but mostly to no avail. i think a lot of adds get lost in the vastness of Ebay.

i made this box for a friend's wedding present. He is a police officer and wanted something to put his uniform accessories in while he was asleep. i have inlaid every letter like this and the "W" is def the toughest. this is hickory, cherry, and the "W" is walnut. you can see the "W" goes all the way through the lid. i cut it all with a scroll saw. 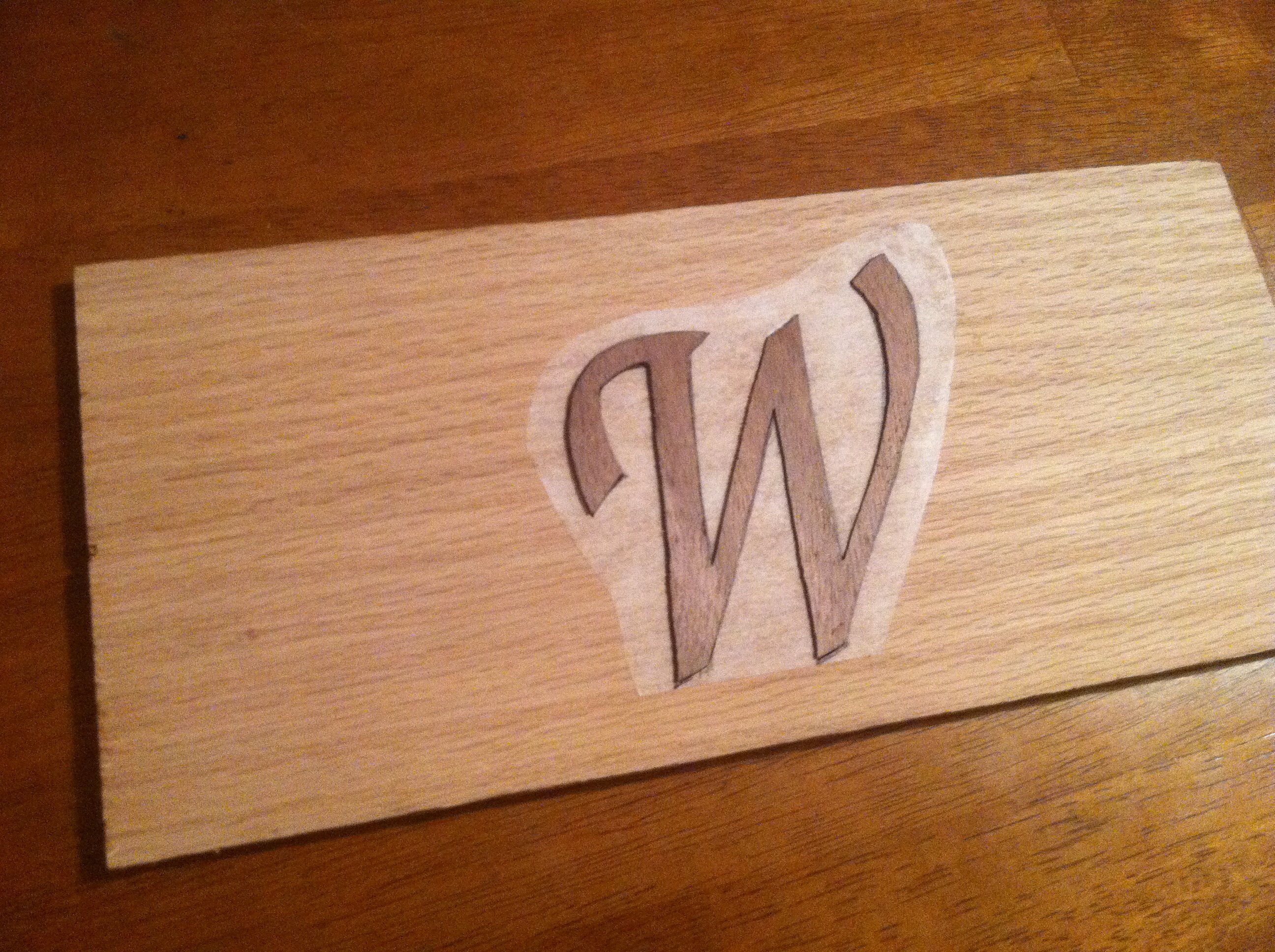 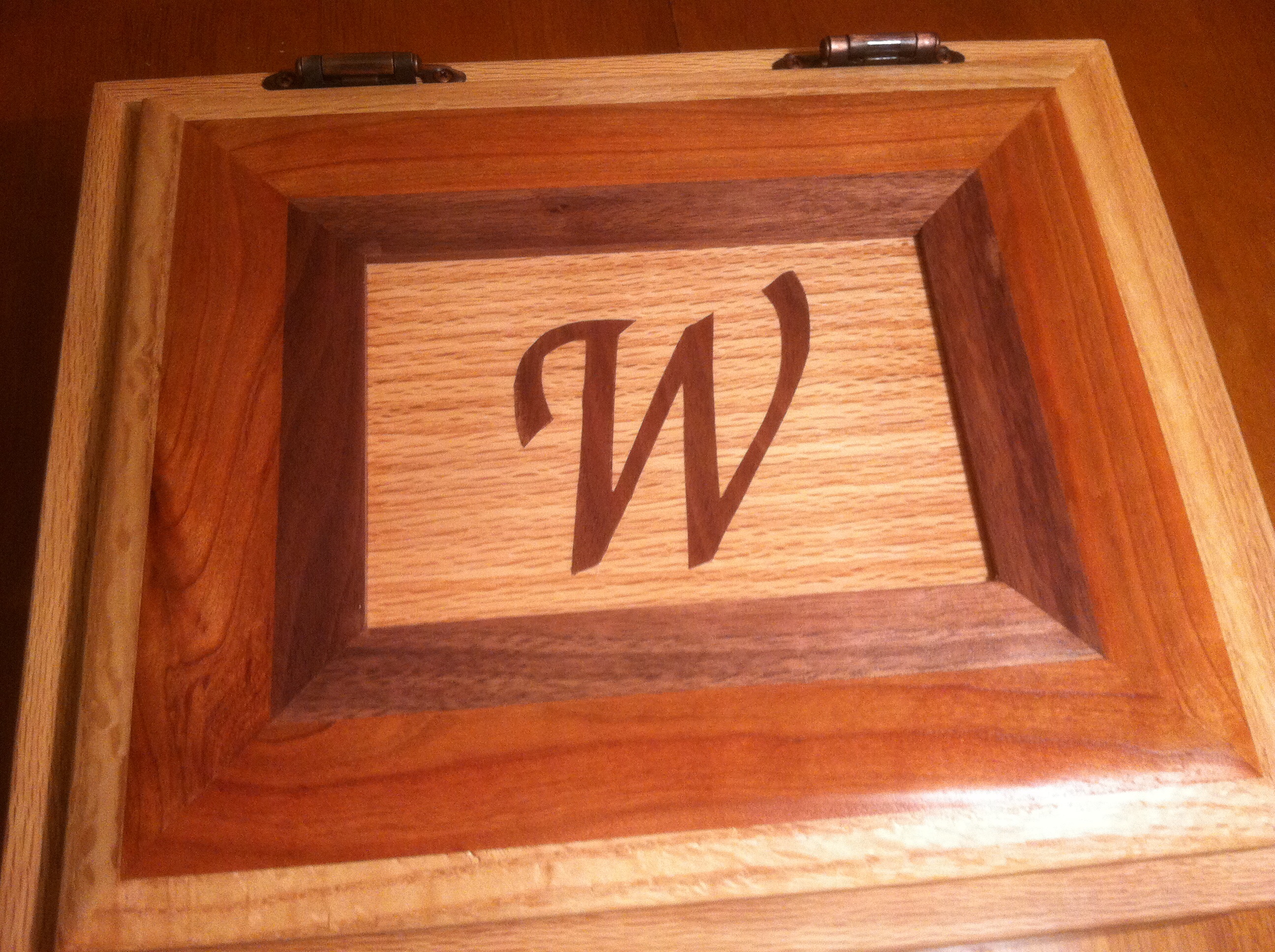 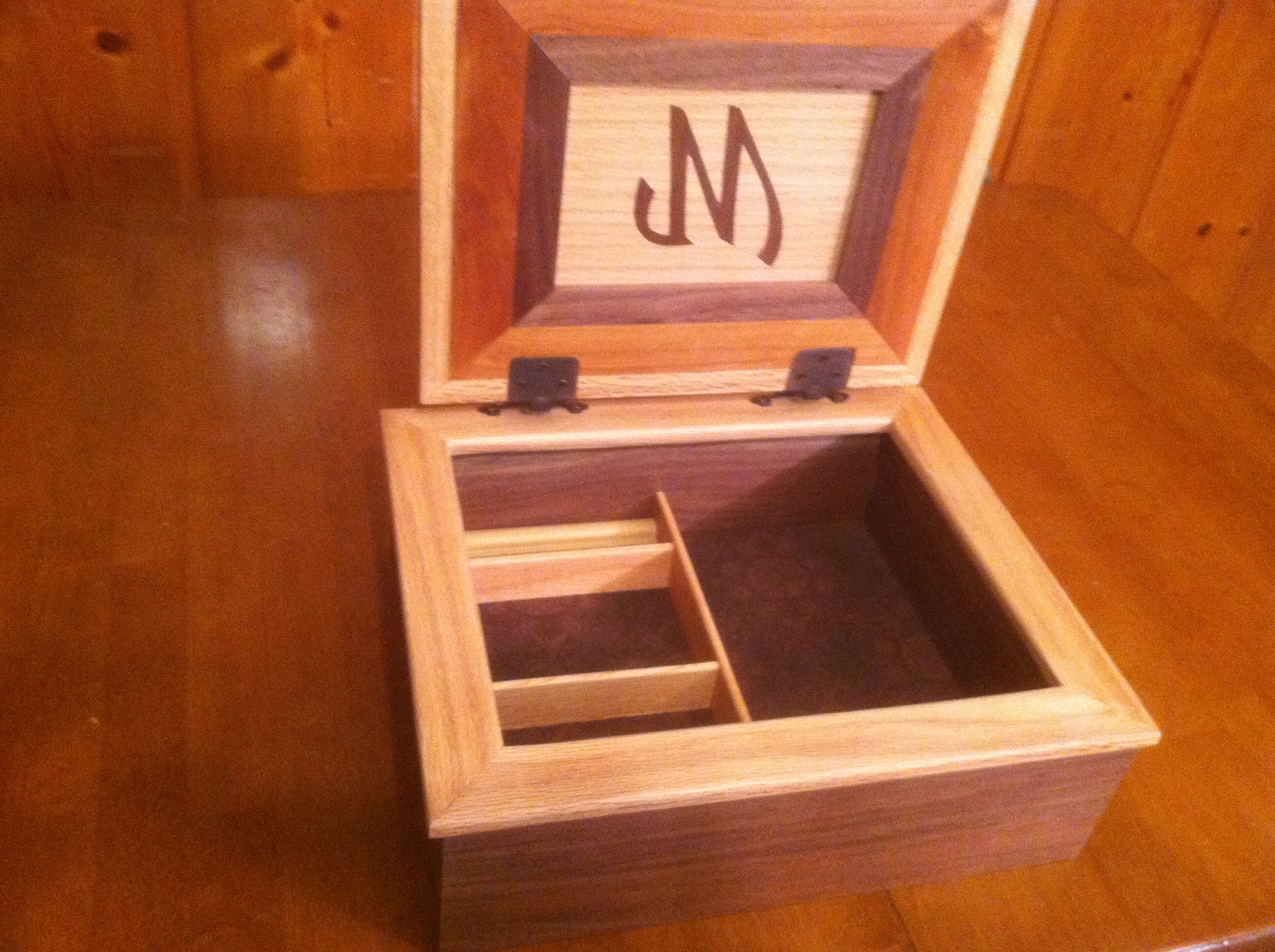 Wow! absolutely beautiful and creative art! Unique, also. Do you spend endless hours sanding? It would seem that very little of the shells in particular could be finished with power tools. There's a labor of love.

originally posted by: Neysa
From a fellow ex-rennie
Beautiful work!
Perhaps you could, as one member has suggested, post some pics of the process.
I'd love to see how you do that.


I never take enough pics of my fun work. Later i'll post some pics of my work work photos.

For the wands, i start them in different ways. I can start with a scrap piece of wood, or a dowel, or a tree branch. sometimes i use a razor knife or a carving knife to rough up a shape or to lay out a spiral, then i go through a series of different shaped knives and rasps for the detail, and then sanding from 100-220 and a finish if i want. i usually don't put a hard glossy finish on them. it just seems like they should be smooth and natural.

another way i shape them is on the rounded edge of a stationary belt sander or a spindle sander. i usually start with a very course belt, like a 50. this method doesn't allow for fine detail but i usually do a little carving with other tools for that.
edit on 19-8-2014 by Woodcarver because: (no reason given) 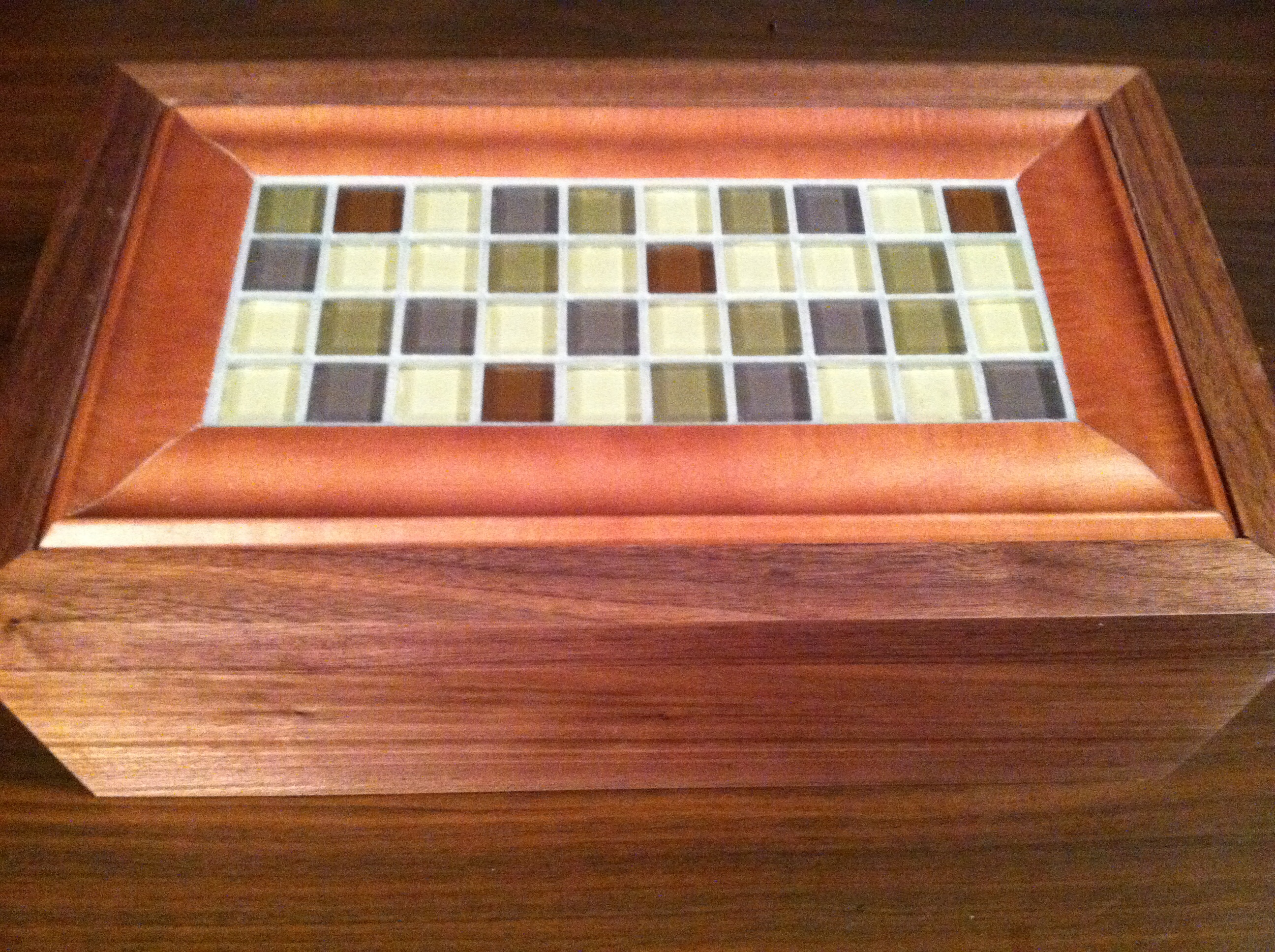 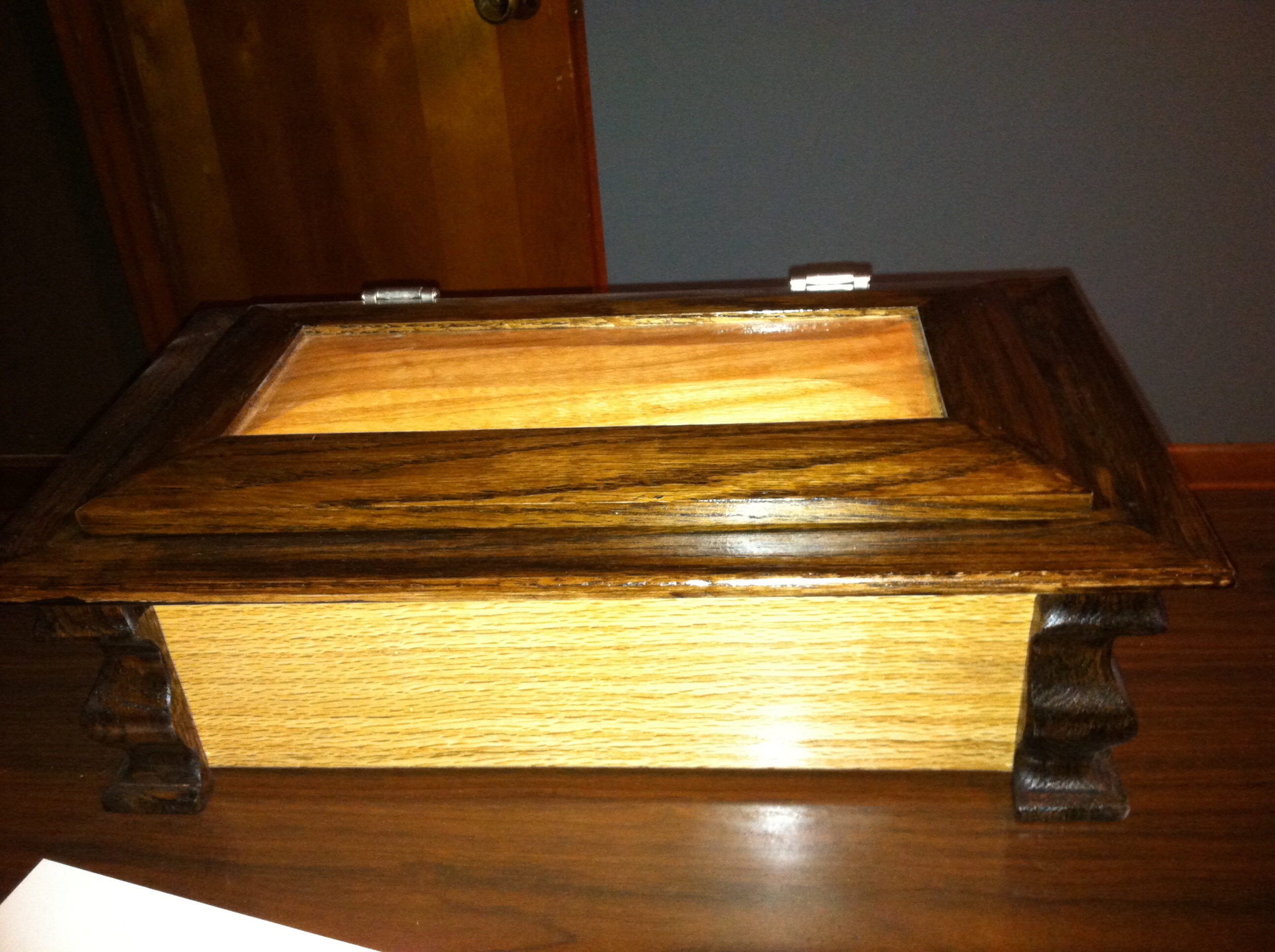 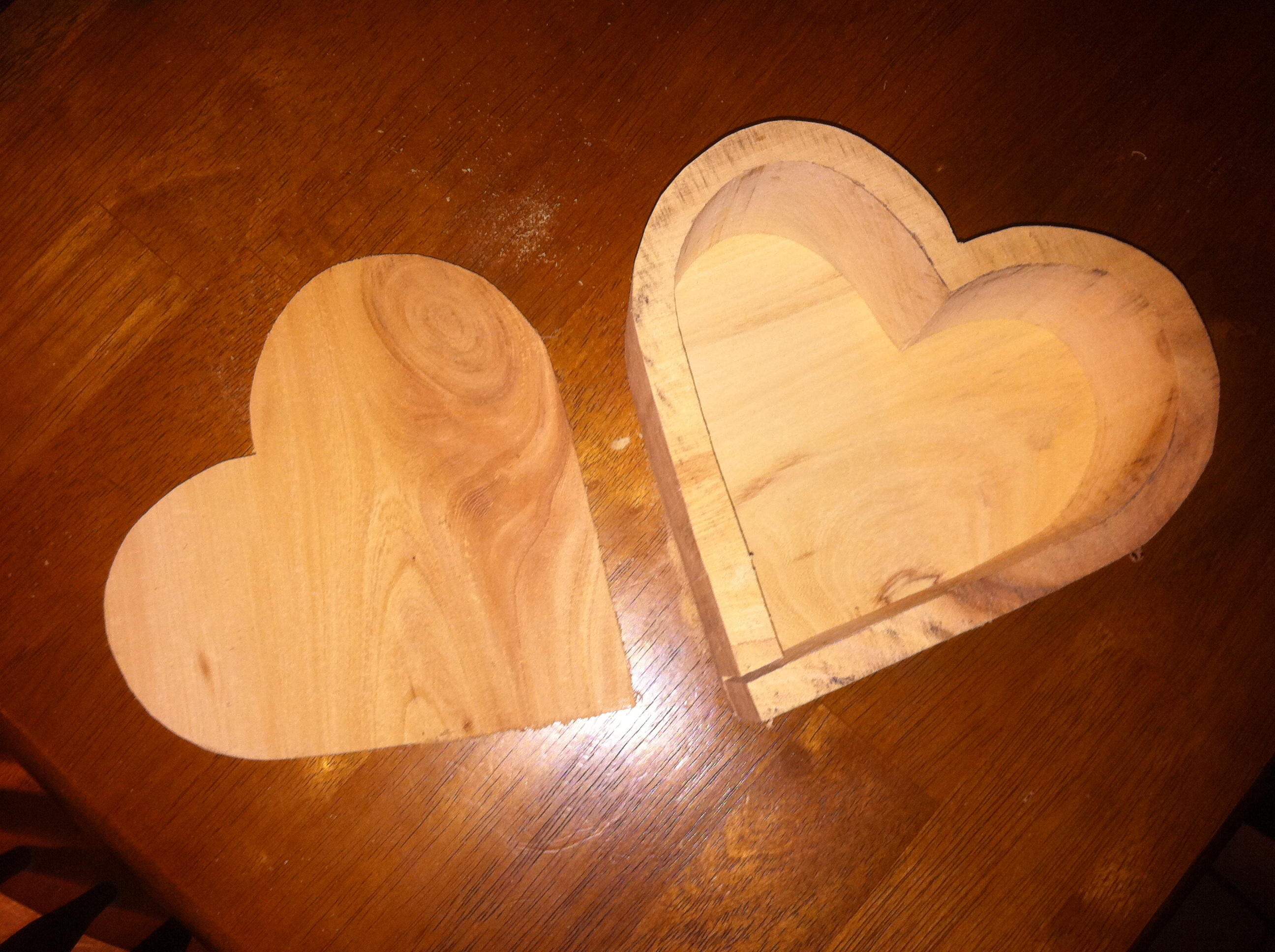 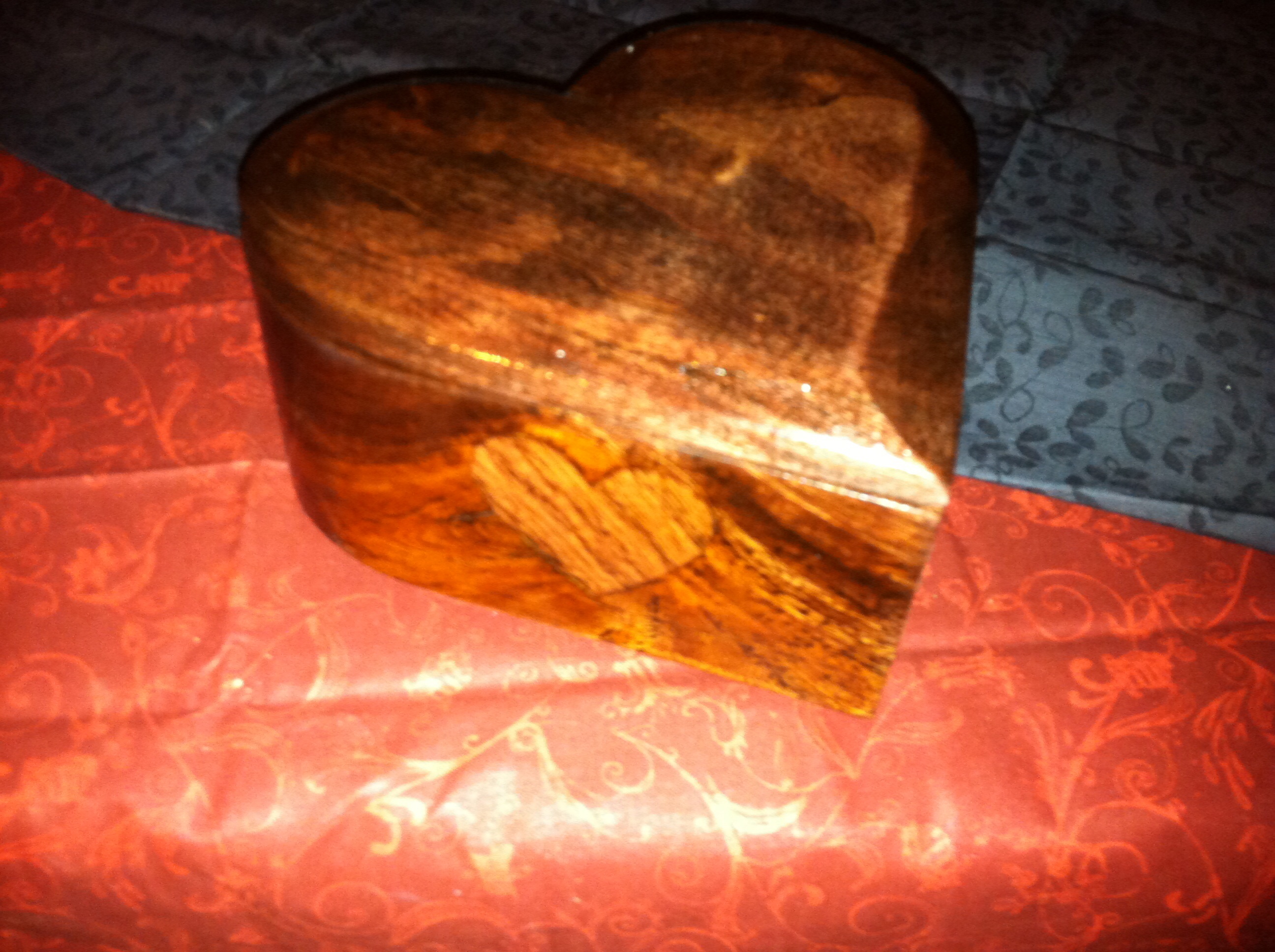 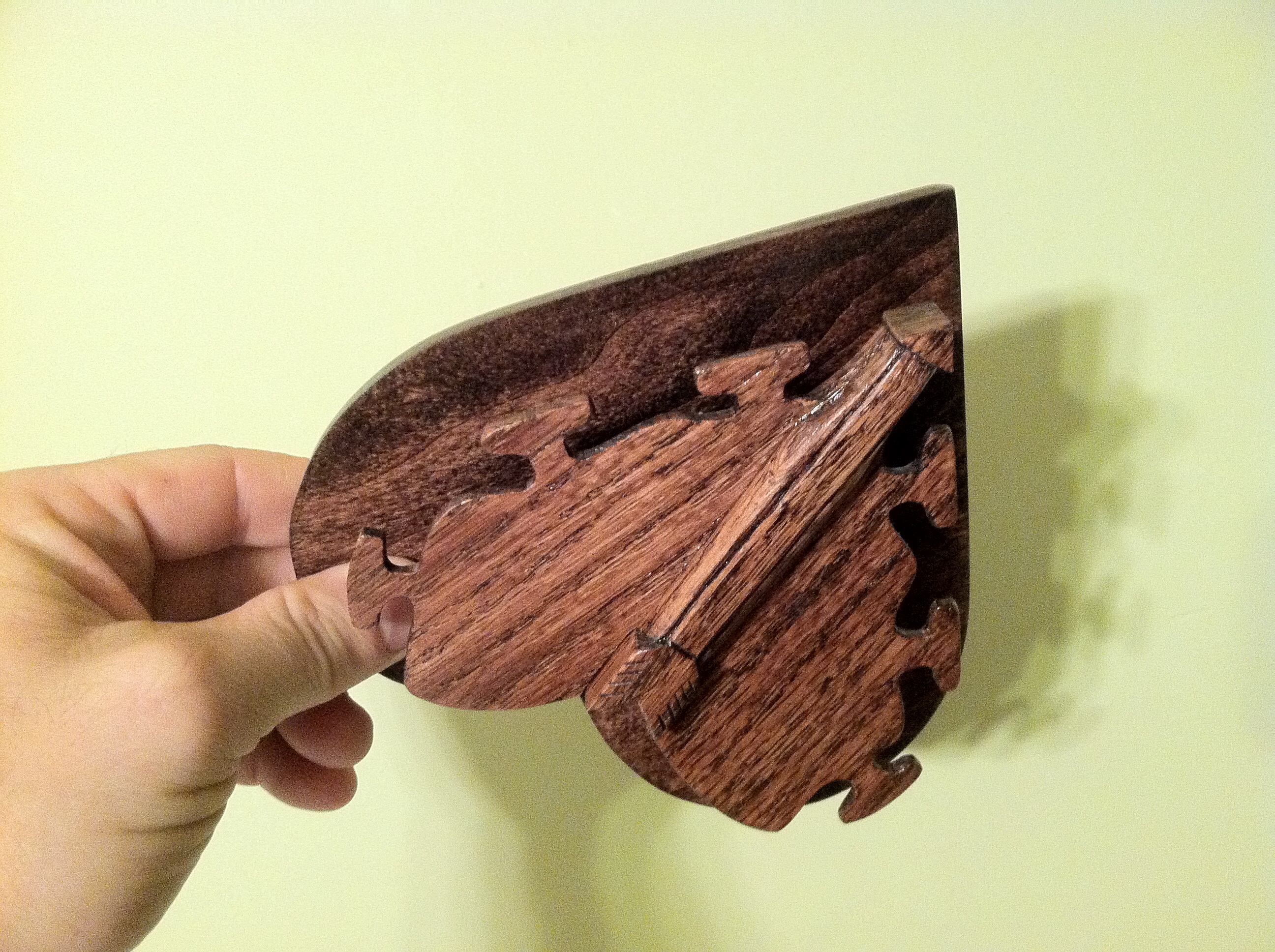 posted on Aug, 19 2014 @ 09:01 PM
link
Beautiful! I admire people with the artistic skill to create such awesome works - especially with wood. I have some experience with woodworking but without the artistic aspect I was never able to create anything of much interest. That is not to say I did not enjoy woodworking - I hope to get back into it one day. Keep up the good work! I look forward to seeing more of it!

originally posted by: argentus
a reply to: Woodcarver

Wow! absolutely beautiful and creative art! Unique, also. Do you spend endless hours sanding? It would seem that very little of the shells in particular could be finished with power tools. There's a labor of love.

Most of my work is very labor intensive. sanding is a large part of it. im not the type to shun power tools though. i use them whenever possible. sometimes though... people want something built with hand tools or they want a knife cut finish which can really only be done with hand tools. i have amassed a large variety of tools over the years and i'm always looking for a reason to use them. wood working is really a love of the tools involved.

posted on Aug, 19 2014 @ 09:17 PM
link
here is a pick of my lathe. it is older than i am but i rebuilt it when i bought it and it spins true. that newel post is brazilian tigerwood. i'm working on this staircase currently. Brazilian tigerwood is comparable in density to teak. it is very dense and heavy. that newel weighs about 70lbs. after i cut it into a balanced piece, i turn it in excess of 2000 rpm. it took me a while get up the nerve to turn the machine on but it held it with no problem. 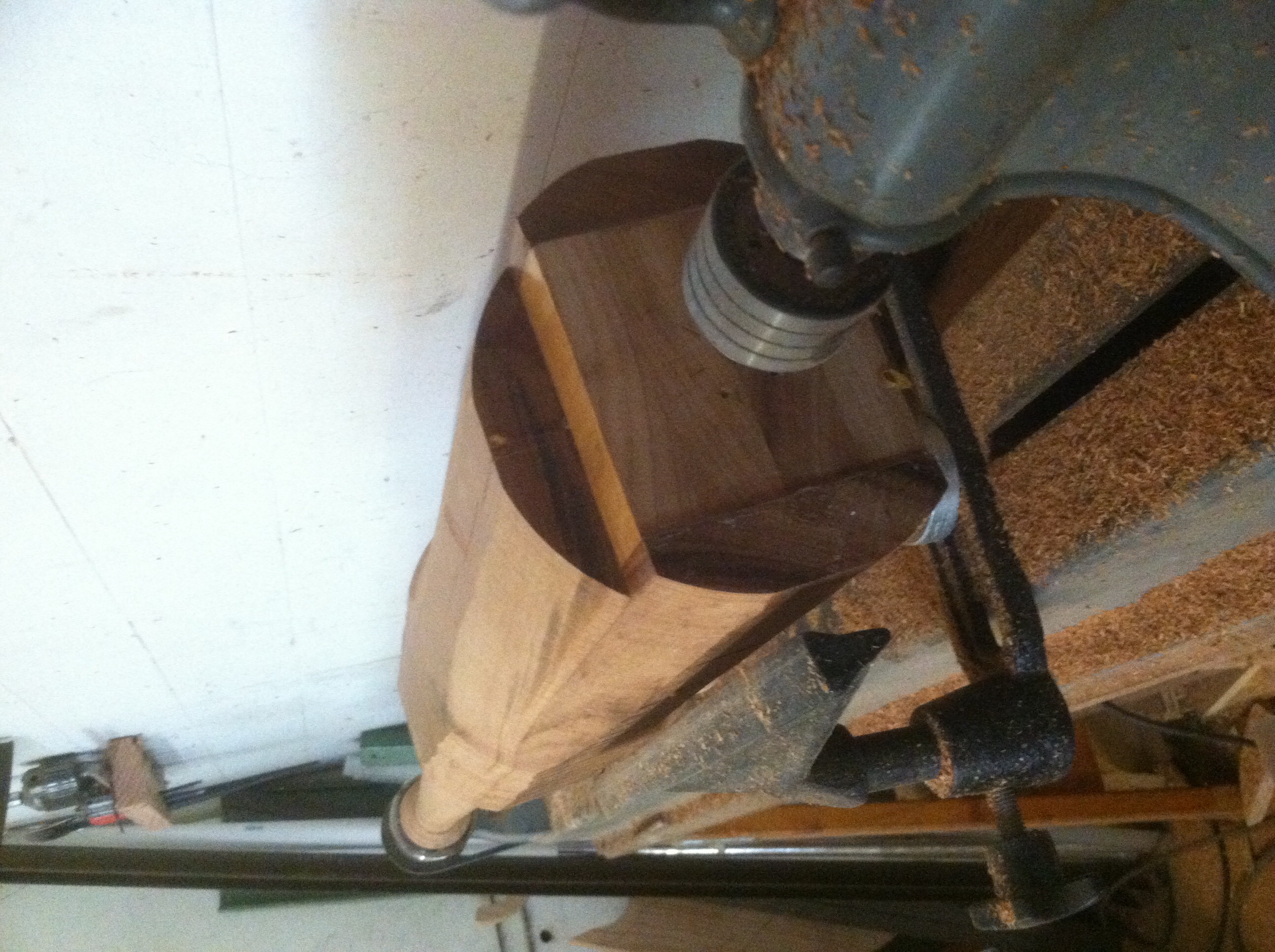 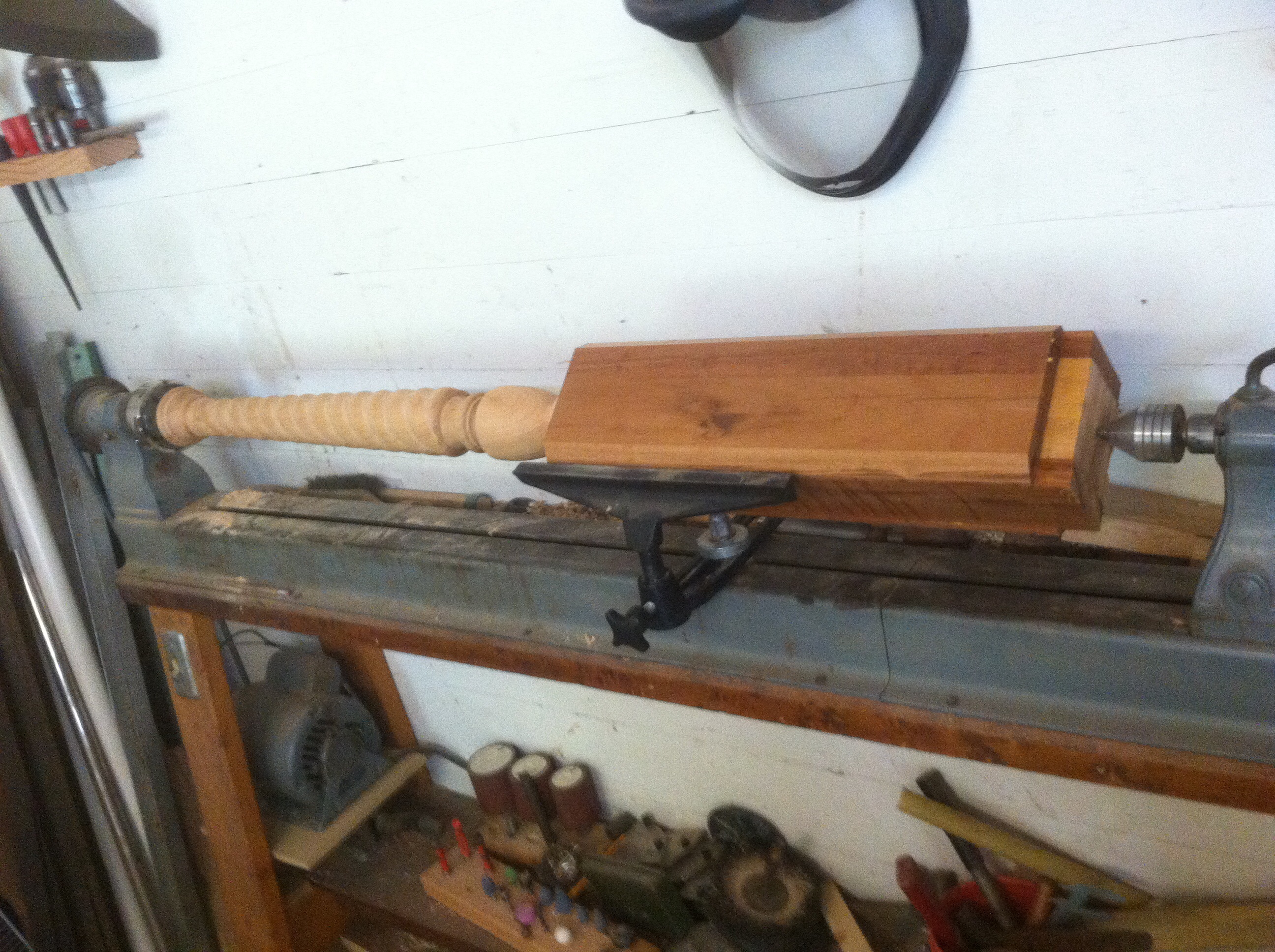 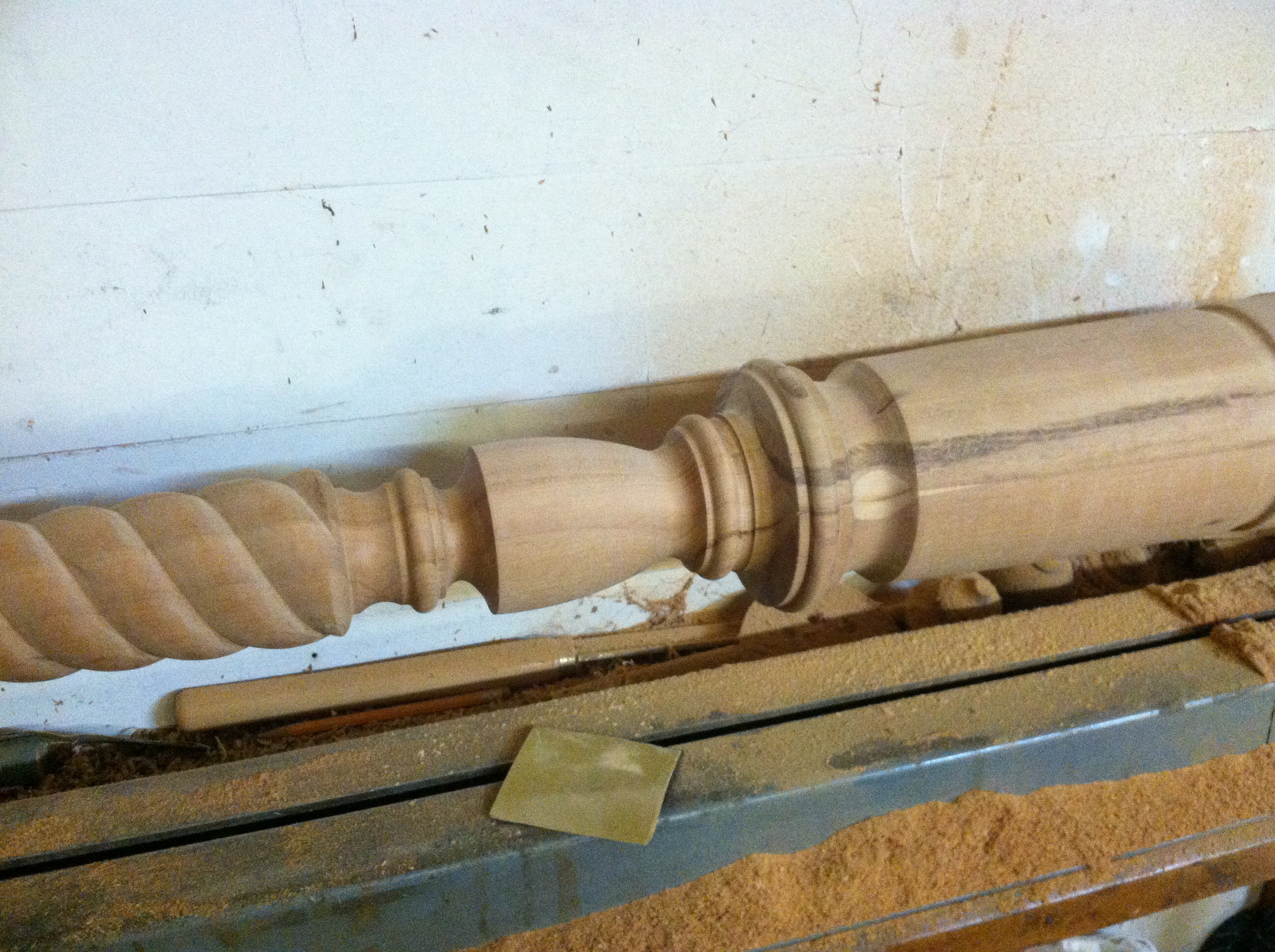 I bought a nice new knife, with a fabulous carbon steel hardened blade and i picked up what can only described as a plank and i carved out a few spaceships from the game with it. i had some acrilic paint laying around so i painted them up to add some fun to otherwise boring wood. Never carved anything before, just busted them out in a week.

EDIT: of they were all carved from a single plank of pine 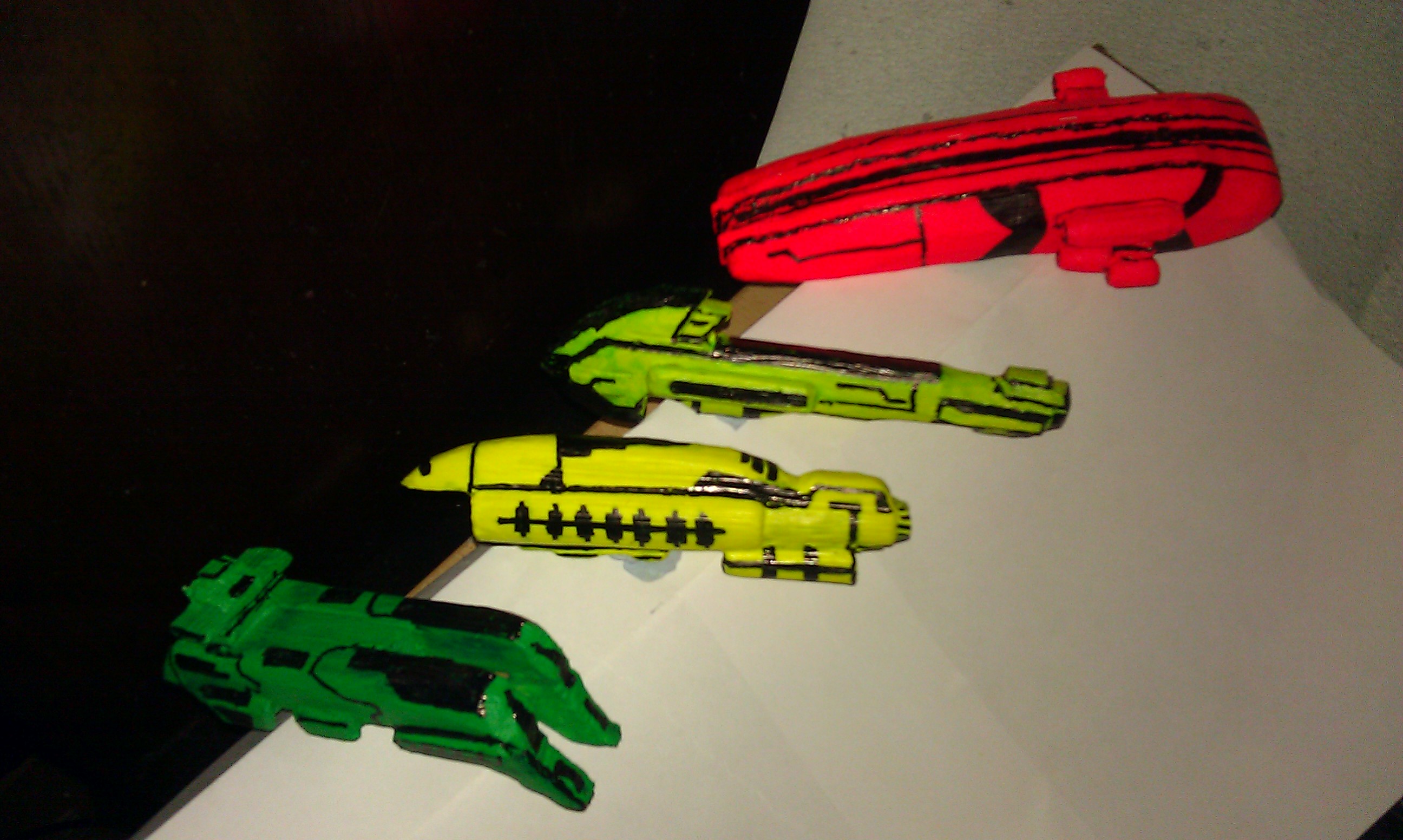 beautiful! The newel post -- you used the lathe for the right-side part and carved the left -- the spiral -- right?

I don't mind using power tools either -- that's what they're for. I see you have your most often-used Dremmel bits and such handy. It seems to me like no matter what I make, I always have to do the final sanding of edges and corners by hand......... or maybe that's just the way I was taught and it stuck.

I stuck a knife in a lathe a few eons ago and was lucky to have not been badly injured or worse. Table leg just exploded. I let the fence get too far from the work.

You really do outstanding work. Thanks so much for sharing this with us!

I am a painter, so I understand how much time, skill, and dedication goes into this stuff!