This movie is flooded with anti-christ themes and messages. 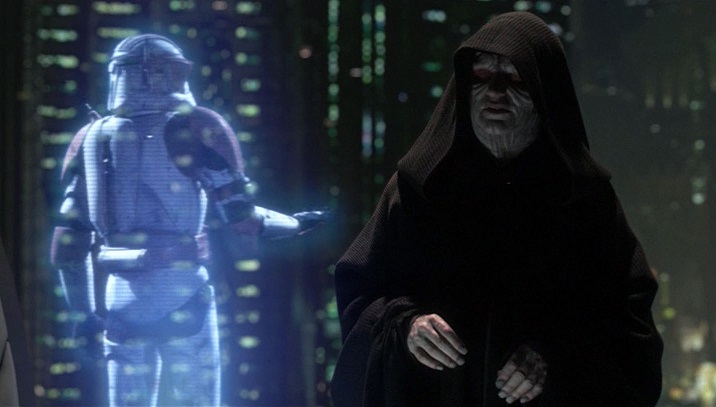 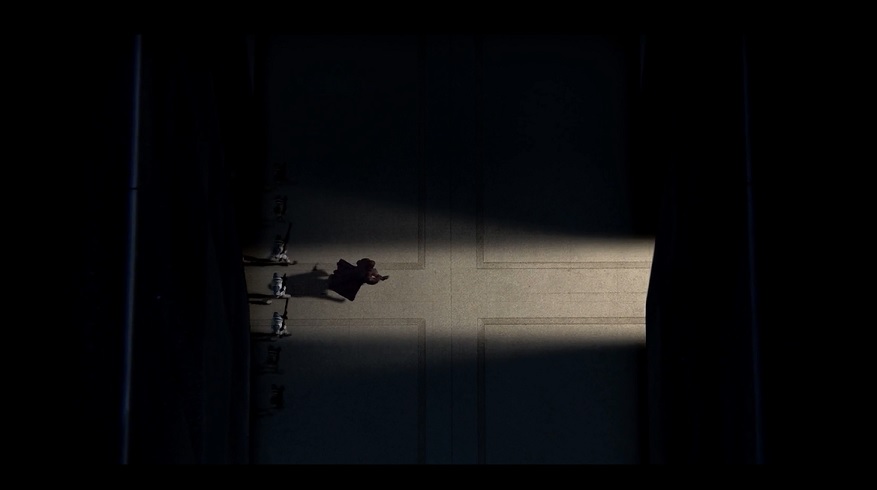 As Anakin is walking to the Jedi Temple to massacre tons of kids, he blatantly walks over a GIANT upside down cross.

When Christians/Catholics go to church, the priest says to the crowd "May the Lord Be With You" to which everyone replies "And also with you". In Star Wars, the word Lord is replaced by Force. "May the Force Be With You".

This movie is a sequel to Gremlins 1, which i will bring up shortly. In the intro, obviously you can see the late and great World Trade Center. 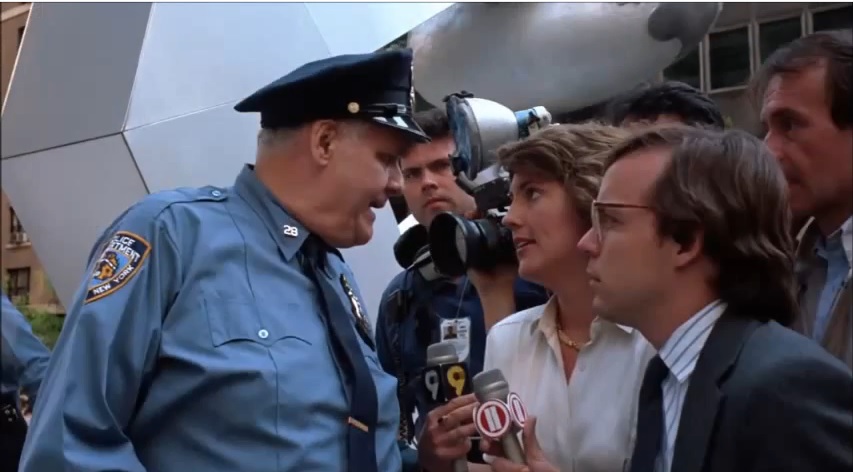 Above we have the microphones 9 and 11 being help up in front of the Clamp Trade Center. Seems like just a strange coincidence. However, the guy holding the 11 is Eric Shawn. Eric Shawn Fox Biography He is a reporter for FOX and this was his ONLY cameo in a movie ever. On 9/11/2001, Eric Shawn was one of the only people to see a plane hit the World Trade Center, and was the one doing all the major reporting for Fox on that day. So this guy participates in a 9/11 subliminal message then partakes in the actual event years later. Coincidence right?

My parents think im crazy for being a conspiracy theorist. They treat me like i belong in a mental hospital. I showed them this following screen shot from Gremlins 1 and told them to try and talk their way out of it. Of course, they did but still. Check this out:

Not only is the radio dial between the numbers 9 and 11, but the radio is called Sapphire XI. Sapphire is the birthstone for September and XI is the roman numberal for 11. Sapphire XI = September 11.

3 Major 9/11 references in 2 movies. I found more in Gremlins 2, but they would be more difficult to explain.

I will be posting more movies soon. Please post anything you'd like.
edit on 19-8-2014 by revolution2016 because: (no reason given)

I don't know about Gremlins 2, but I do know that it's common knowledge that George Lucas used standard mythological figures and tranformational themes in his Star Wars Trilogy..

originally posted by: revolution2016
Lord Sidious has told Anakin Skywalker and others to execute Order 66 (kill all good jedis) Order 66 = 666

Another thing that really points out 9/11 was planned quite a lot of years before they made their move.
edit on 19-8-2014 by theMediator because: (no reason given)


originally posted by: revolution2016
Lord Sidious has told Anakin Skywalker and others to execute Order 66 (kill all good jedis) Order 66 = 666


originally posted by: SecretKnowledge
a reply to: revolution2016

Well the word Order is worth 6 in numerology.
Try it at this site : spiritualparadigm.org...

"The Numerology for order is 33. Which is a higher state of 6"

posted on Aug, 19 2014 @ 05:36 PM
link
There is a difference between subliminal messaging and archetypal symbolism.

posted on Aug, 19 2014 @ 05:37 PM
link
Yeah not so much. And I am going to assume you are quite young or you would know better. First you use Gremlins and Gremlins 2 in this. Those examples are pretty bad when first you consider when both of these movies were made. Both Channels 9 and 11 are VHF channels that are in fact real broadcast channels in New York. It is no different than seeing Fox News or MSNBC in the Iron Man movies.

As to Gremlins itself that is an AM radio that was original equipment in VW cars. Way back in the day you would generally tune your radio to the middle of the dial stations because those were the ones that came in best. No real conspiracy there just coincidence.

originally posted by: KeliOnyx
As to Gremlins itself that is an AM radio that was original equipment in VW cars. Way back in the day you would generally tune your radio to the middle of the dial stations because those were the ones that came in best. No real conspiracy there just coincidence.

I'm not disagreeing with you but, why do we see the radio anyway?
I can't remember it being that important to the scene.

I dont remember exactly why but the late night DJ and his show was a part of the film. I am fairly certain it had to do with Billy tracking down the gremlins. He was in the car when the DJ was attacked at the station or something like that. It has been many years since watching the movie so I don't remember exactly.

originally posted by: KeliOnyx
Way back in the day you would generally tune your radio to the middle of the dial stations because those were the ones that came in best. No real conspiracy there just coincidence.

I know the 9 and the 11 radio dial could be coincidence, but how do you explain Sapphire XI (September 11) printed on the radio? 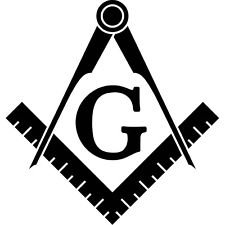 Gollum tells Sam and Frodo to "Wake Up" (enlightenment) inside a cave shaped as the Freemason Logo.

posted on Aug, 19 2014 @ 06:20 PM
link
The Gremlins ones sound pretty coincidental , but the star wars ones ive heard about alot over the years

originally posted by: opethPA
I must have missed that section in math when I was younger how does 66 = 666 ?


As for possible religious references, the number 666 is listed in Revelation 13:18 as the Mark of the Beast, a sign of a servant of Satan that will come in the last days of the earth before (or shortly after) Christ's return. In fact, Order 66 and the 666 are more similar that it appears. In the modern numerologic system(a=1..z=8), the numerical value of the word Order is 6. This makes 'Order 66' a symbolic equivalent of the number 666.

originally posted by: revolution2016
Gollum tells Sam and Frodo to "Wake Up" (enlightenment) inside a cave shaped as the Freemason Logo.

Or in that scene..Sam and Frodo are sleeping and Gollum tells them to wake up..

How does that symbol equal that cave?

originally posted by: revolution2016
but how do you explain Sapphire XI (September 11) printed on the radio?

Well, oh, look that was the standard radio fitted to VW's of that era!
www.oldvolkshome.com...

So a little bit of real research destroys another silly conspiracy theory!

posted on Aug, 19 2014 @ 06:47 PM
link
A lot of things including WTC are all plays on Ancient Mysteries and often of the Egyptian slant, seeing as most Middle Eastern religion are veiled continuations of such.

Research Set, of the 11th Nome and the origin of the name Set I and Set II (Pharaohs), Set was perceived as a god of Chaos and Desert Storms and was used in the gateway to the Land of Gold.

There is a new movie to be released in 2016, Gerard Butler plays Set, it is called Gods of Egypt, you can bet there will be a lot of symbolism and hidden stuff in that movie. Should be interesting.

The Set or Seth hieroglyphic is interesting. Looks like a bird pecking a sky scraper and two falling towers. 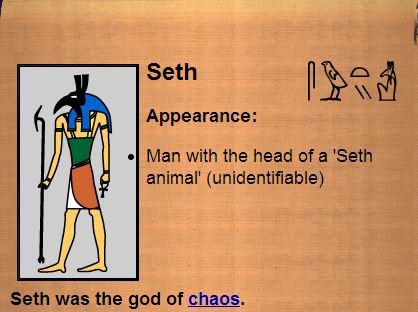 
The earliest representation of Set can be found on a carved ivory comb from the Amratian period (Naqada I, 4500BC - 35BC, orthodox dates) and he also appears on the famous Scorpion mace head. His worship seems to have originated in one of the most ancient settlements in the town of Nubt (Kom Ombo), in upper (southern) Egypt. Nubt (near modern Tukh) lies near the entrance to the Wadi Hammammat, the doorway to the eastern desert and its gold deposits, and the city took its name from the word for gold, Nbt (which also means ruler or lord). As a result Set was sometimes called "He of gold town". Nubt was the most important of the ancient settlements, and was located close to the site of the Naqqada settlement from which this early culture takes it name. Pre-dynastic worship of Set was also evident in the 19th and 19th Nomes of Upper Egypt.

The standard for the 11th Nome is topped by a Set animal, and the name of the main town, Sha-shtp, means "The pig (Set) is pacified", and Set was worshipped in his form as a fish in the capital of the 19th Nome.

Set animal
At this point in history, Set was clearly associated with Upper Egypt and was a popular and esteemed god. However, by the Second Intermediate Period he was associated with the Hyksos (who probably saw a similarity between Set and Baal) and so he became seen as a force for evil. He was then "rehabilitated" during the Nineteenth Dynasty pharaohs (notably Seti I whose name means "man of Set") only to be recast as an evil deity by Greek, Roman and Christian theologists.

Set was the black boar who swallowed the moon each month, obscuring its light. He was also identified with the hippopotamus, crocodiles, scorpions, turtles, pigs and donkeys - all animals which were considered to be unclean or dangerous. Some fish were considered to be sacred to Set (most notably the Nile carp and the Oxyrynchus) as they had apparently eaten the penis of Osiris after Set had dismembered the dead king. However, he was most often depicted as a "Set animal" or a man with the head of a "Set animal". The Set animal (sometimes known as a"Typhonian animal" because of the Greek identification with Typhon) is a dog or jackal like creature, but it is not clear whether it exactly represented an extinct species, or was a mythological beast uniquely associated with Set himself.

In the Osirian mythology he was married to Nephthys, but their marriage was not a happy one. However, Set had many other wives/concubines. According to one myth he lived in the Great Bear, a constellation in the northern sky - an area which symbolized darkness, and death. He was restrained with chains and guarded by his wife Taweret, the hippo goddess of childbirth. He was given the two foreign goddesses Anat and Astarte (war goddesses from the Syria-Palestine area and daughters of Ra) as wives in compensation for Ma´at's (or Neith's) ruling that Horus should rule Egypt.

He was thought to have white skin and red hair, and people with red hair were thought to be his followers. He was associated with the desert (which takes its name from the Egyptian word "dshrt" - the red place). He represented the fierce dry heat of the sun as it parched the land, and was infertile like the desert. Initially he probably represented the desert near Nubt, but soon he represented all deserts and foreign lands, becoming a god of overseas trade. Set had been associated with the desert and foreigners for some time before the Hyksos took over parts of lower Egypt. However, when they took him as their main god, this broke Set's association with Lower Egypt. His name was erased from monuments and his statues destroyed. All of his negative attributes were emphasised and his positive side was ignored.