posted on Aug, 19 2014 @ 03:37 PM
link
Tokyo’s refuge parks are cleverly disguised survival bunkers for the masses during times of urban chaos and dysfunction. 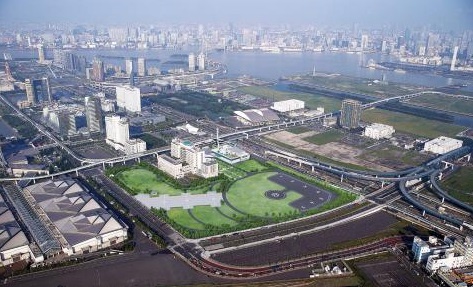 They are outfitted with solar-powered charging stations for electric bicycles and smart phones in case of electrical failure, public benches that transform into cooking stoves, and manholes that double as emergency toilets. 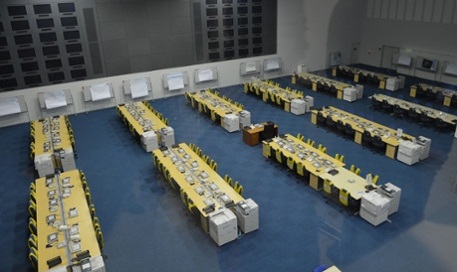 Rows of desks in the operation room at Rinkai disaster park.

Underneath are water reservoirs and storehouses containing enough food to allow entire districts to survive the critically important first 72 hours following a disaster.

In the 20th century, roughly one million of the Tokyo residents who survived the 1923 Great Kanto earthquake did so because they escaped to tracts of forest and farmland. If you were in the centre of the city, however, you were surrounded by flammable materials on all sides. After the 1923 earthquake, the need for open spaces within urban areas became clear.

Statesman Shinpei Gotō led the post-earthquake reconstruction of Tokyo, deliberately incorporating refuge parks where residents could go to escape fire and crumbling buildings. Today, Tokyo is still building such refuge parks – similar to the ones Gotō planned almost a century ago, but far more advanced. 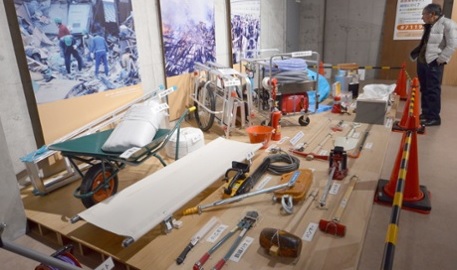 The government aims to increase green spaces in the city while simultaneously building 185 acres of new disaster-survival parks by the year 2020.

Interesting only how would they handle a massive power outage or a breakdown of society?

posted on Aug, 19 2014 @ 03:52 PM
link
That`s cool, it`s not perfect but it shows that they care about their people.
Maybe we could have something like this in the U.S. if our government wasn`t spending all our money developing new high tech ways to kill people.

yeah you would think anywhere that was prone to natural disasters would invest in places like these for it's people, common sense when you think about it. I am so glad we don't get any natural disasters in Ireland.

originally posted by: Iamthatbish
What's more interesting is why don't we have those? I want those!!

You probably do, but they are disguised as hotels and landscaped gardens with underground car parks.

a reply to: stormcell


originally posted by: Iamthatbish
What's more interesting is why don't we have those? I want those!!

You probably do, but they are disguised as hotels and landscaped gardens with underground car parks.

Only for rich folk, politicians and friends and family of those of course.