That means he was hit severely and would be in fear of his like. This would confirm that the officer was struck with what could have been deadly force from an individual who was 6'4" and close to 300 lbs.

So, was he still simply 'running away'? 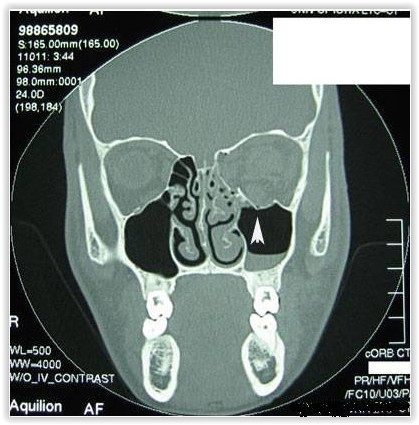 A blowout fracture is a fracture of one or more of the bones surrounding the eye and is commonly referred to as an orbital floor fracture.

Just out of curiosity, I looked this up:

Current thought on the pathophysiology of orbital wall fractures postulates either a "hydraulic" or a "buckling" mechanism. Evidence from cadaver, dried skull, and theoretical model studies supports both theories. No in vivo data, human or nonhuman primate, are available that quantitate the force necessary to fracture the orbital floor by either of the two mechanisms. We developed an apparatus that delivers quantifiable force only to the globe, without occluding the orbital opening or striking the orbital rim. We used it on 11 anesthetized Macaca fascicularis monkeys. Following a single bilateral application, the orbits were exenterated, and the orbital walls and orbital contents were examined to determine the extent of injuries. Fractures were described, diagrammed, and photographed. Fracture of the orbital floor was consistently produced at and above a force of 2.08 J. Posterior ruptures of five eyes occurred over the same range. We provide the first accurate measurements of the force required to produce orbital blow-out fractures in a live primate model. We show that orbital floor fractures can occur at low energies with direct ocular trauma only ("pure" hydraulic mechanism). Orbital wall fractures failed to protect the globe from rupture in 23% of cases.