I'm so sick and tired of all this cop bashing!

posted on Aug, 18 2014 @ 08:40 PM
link
So one stupid cop in Ferguson MO kills an unarmed person, and all these people go batty crazy that all cops are suddenly awful out of control hooligans. People are using a very broad brush in painting all cops as corrupt. That's not even close to the truth. All this hysteria and drama all over FB and this site has gotten ridiculous. I'm not a cop, and I don't know any cops, but I feel the vast majority of them are good people who sacrifice so much for so little compensation.

The Ferguson situation has leaked out of the horrid posse comitatus forum to other forums. Geez, enough already!

Stand by, I can hear the collective typing of police-haters compiling scolding replies with your name on them.

Fargoth
+2 more
posted on Aug, 18 2014 @ 08:47 PM
link
This has been going on wayyyyyy before Ferguson congrats though on finally getting your head out of the sand! lol

A nice thread by a fellow member here...

And it's not just Ferguson that is giving cops a bad name. The PC forum is filled to the brim with all kinds of examples of bad cops. The bad ones always get more attention than the good ones. But there are good ones still to be found.
edit on 8/18/2014 by Kangaruex4Ewe because: (no reason given)

People are allowed to express their opinions, and i expect public scrutiny of governmental outfits, especially the police forces.

It may not be wise to paint all officers with the same brush, but there is no denying that government bodies in the USA are in need of an overhaul.

A lot of us on ATS are aware that (not all cops are corrupt and bad); I live in Seattle and over the years my personal experience with the Police has been a good one; they have really helped me.

I look at people by an individual basis; the Policeman in Ferguson well...he may be a good person; but none the less his mistake was major and I believe there will be consequences.

Many, many people on ATS and in society are open minded; and we are the flip side of the narrow minded coin.

Want it to stop? They need to clean up their house. Defending Title 18 USC 242 violations, makes them accessories after the fact.

Just because they have badges, does not mean they are above the law.

I want you to compare something here. Among the people in Ferguson, there were looters, rioters, and people trying to start trouble. During the protests, the protesters put out fires that these troublemakers started and defended against looters and many of them stopped it from becoming an all-out riot. This is how citizens deal with their fellow citizens who are not behaving as they should.

That is why it is fair to paint them with a broad brush. I agree that there are many decent police out there but the ones who do nothing in the face of corruption are just as deserving of our criticism as the ones committing the evil.

originally posted by: Fargoth
Maybe if you can wrap your head around it people are sick of the cop bashing us?

I'm glad you also find "cop bashing" to be an ironic choice of phrasing. 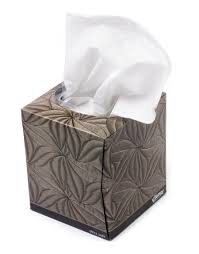 Some of the nicest people ive ever met are cops and really decent people.

Yes theres some bad eggs, but so are forklift drivers, meat packers, fishermen etc It only takes a few bad ones to give everyone a bad name.

Where are the cops who testify against other cops who shoot unarmed people everyday?


You are grossly misinformed if you think cops shoot unarmed people everyday.

Where are the police who speak out against and whistleblow on corrupt officers? If they exist, they are very few and far between.

That is why it is fair to paint them with a broad brush. I agree that there are many decent police out there but the ones who do nothing in the face of corruption are just as deserving of our criticism as the ones committing the evil.


It is not fair to paint them with a broad brush.

Is it fair to paint any particular race, for example blacks, as criminals? Or Hispanics as illegals? Or defense attorneys as ambulance chasers? No, the devious minority of each of these groups gets the most attention.

Some of the nicest people ive ever met are cops and really decent people.

posted on Aug, 18 2014 @ 09:11 PM
link
Thanks for all the responses. Yes, the few bad apples get all sorts of publicity. If it bleeds, it leads. I hope the cop in Ferguson who killed that guy is held accountable for what he did.

The cops in the small town I live in are nice and very professional.

This idea that cops run around with guns out all the time is total bull#, you hear about a cop who shots a person who may or may not have their own weapon, do you hear about the cop that calms a suicidal person down or arrests a dangerous driver? No you dont.

Bad news sells newpapers - okay not literally since the internet but you know what i mean.

People bitch and moan about the over use of force and yes some times that happen, but who do you call when # goes wrong? Yeah suddenly when you need them its all okay.

Get over it. What happened in Ferguson happens everyday somewhere in this country. They love to beat women as well - that okay with you as well?

If they do not want to be painted with the same brush they would work to out the corrupt ones present in every department.

That is utter nonsense friend. They draw their weapons on unarmed people all the time. They draw on old ladies, children, list goes on and on. Fact is combat soldiers overseas point their weapons way less often than the police do. That is a fact.

I'm as sick and tired as you - of civilian bashing, by cops.