posted on Aug, 15 2014 @ 06:52 PM
link
I was recently on vacation in Nebraska and while fishing on the shores of the Missouri river, I happened to come across this very odd 'rock'. At the time, I simply picked it up, marveled at its texture and weight and put it the in the trunk of my car, not to be looked at again until I got home about a week later.

I am TOTALLY stumped as to what this is. I figured at first that it must be some sort of metal and possibly slag. However, as I have scrubbed at it, certain properties have emerged that are simply puzzling. I think it best to just share a bunch of pictures rather than explain it.

The object is roughly 6x2 inches at its longest and widest points. I would speculate it is around 2 lbs...so very dense. The surface is rough, and covered with bumps that on closer inspection look like separate minerals.

It is NOT magnetic, and a magnet will NOT stick to it. It looks like rust on it, but does not SMELL like rust. I have a seriously sensitive sense of smell. It DOES have a smell, but I can't place it.

It scratched a bit with just a little pressure from a steak knife. You can see the mark in some of the pictures.

These images where taken with my galaxy 4 cell phone and are not altered in any way.

Here are a dozen images, please let me know what you think! 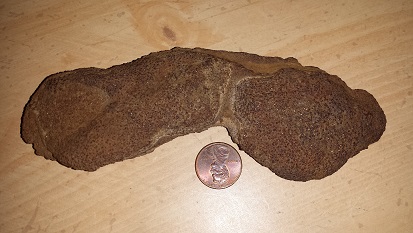 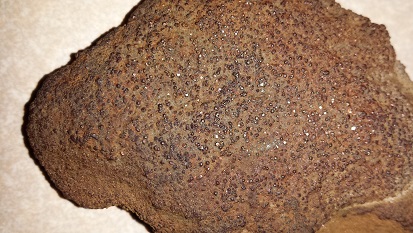 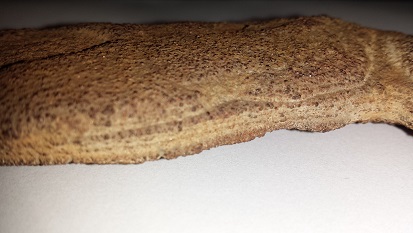 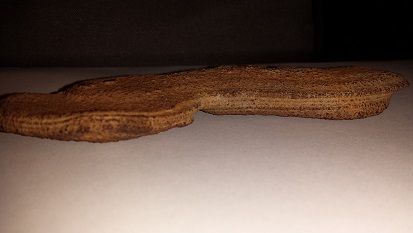 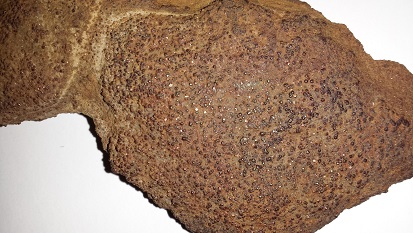 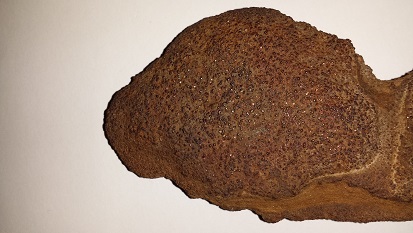 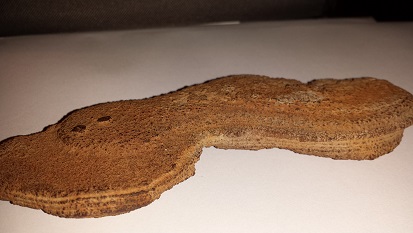 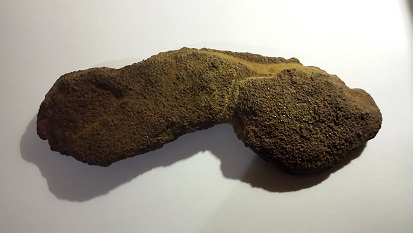 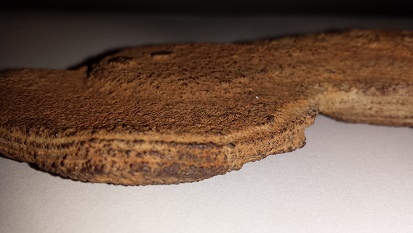 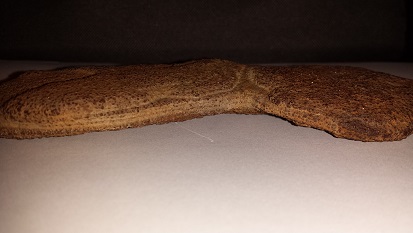 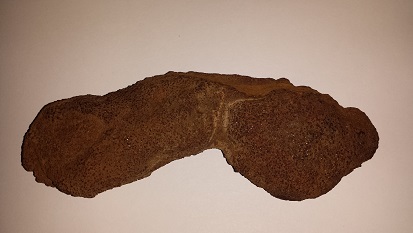 Here is a close-up of what look like separate minerals. Mark I middle is where I scratched it (Image enhanced slightly for clarity) 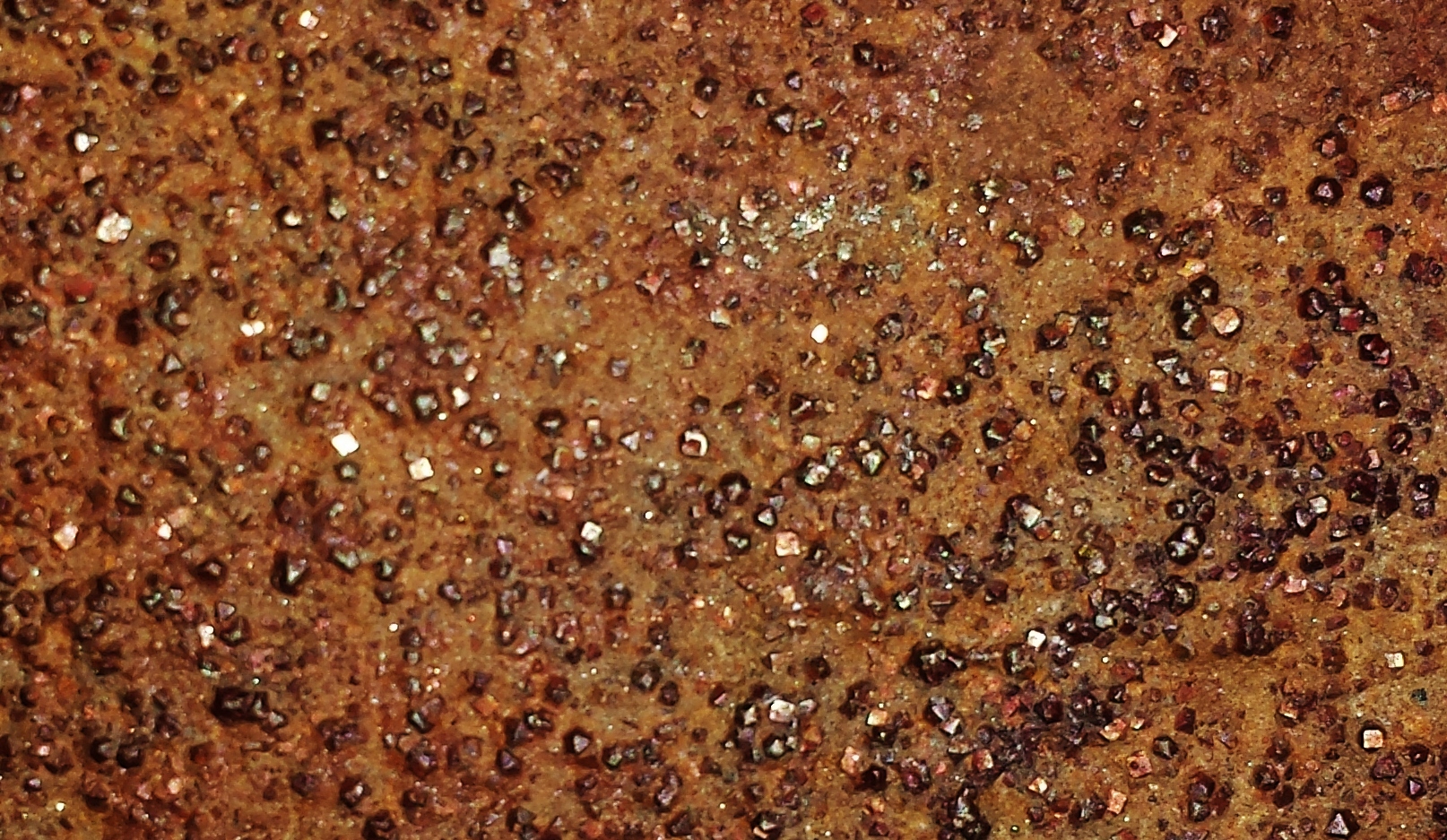 posted on Aug, 15 2014 @ 07:04 PM
link
Does a magnet stick to it? Bring it to a place that sells metal detectors, a little shop not a big chain store, and have them check it with the detector. New detectors can tell you what metal is in it pretty well. It could be part of a meteor, it seems heated. But it could be an old piece of metal from a pour years ago that spilled into the sand.

Being it feels heavy, it could also be a heavy mineral that got burned and encrusted somehow. Meteors are pretty heavy sometimes too. Without looking at it in person, I am just speculating. Maybe someone here will be able to help too, especially if they are from that area. There are many options. Looking at the bottom closeup, it doesn't appear to be like any meteorite I have seen.
edit on 15-8-2014 by rickymouse because: (no reason given)

Here is a stone circle made of the same stuff

But I do know how to do youtube. yipeeeeee

That's what happens to Grey Poupon if you leave it out in the sun (I'm guessing!).

Stromatolite are layers of sediment on top of bacterial mats. The sediment looks typical of river bed or lake bed sediment and the layers consistent with stromatolite formation.


Dating back to the Early Archaean about 3 billion years ago, stromatolites are evidence of the earliest known photosynthesizing organisms, cyanobacteria. Though cyanobacteria are also known as blue-green algae, they are not related to true algae, which are in the domain Eukaryota and not Bacteria. Modern living stromatolites can be found today in aquatic environments such as Shark Bay, Australia.

Stromatolites are made of alternating layers of cyanobacteria and sediment, and can vary in shape from mounds to pillars. To create these unique formations, the bacteria first weave around sediments to form thin mats. The ideal environment for stromatolite formation is water shallow enough to allow sufficient sunlight for photosynthesis. These can include marine environments, intertidal zones, and lakes like British Columbia's Pavilion Lake, which is the focus of much research. As more sediment gets stuck to the mats, the cyanobacteria are forced to spread vertically to maintain their access to sunlight. Sediment continues to stick to the organisms and the process continues, building layer on layer, forming a stromatolite.

In the fossil record, stromatolites are identified in cross-section by their curved laminae (via this page on stromatolites). These fossilized sediment layers (the organic bacterial mats having been long decomposed) are the only evidence that remain of the ancient cyanobacteria that we have to thank in part for generating an oxygenated atmosphere.

posted on Aug, 15 2014 @ 07:19 PM
link
One of the symbols fell off an old stargate during a nuclear war three thousand years ago. The rest got used for a campfire ring by the indians.

posted on Aug, 15 2014 @ 07:23 PM
link
your pics seem to indicate the slab is layered like a sedimentary item...and was worn-away by the river waters

as for the minute particles, they must be heavy metals which gives the rock the weight/density you claim

posted on Aug, 15 2014 @ 07:27 PM
link
a reply to: westcoast
I don't see how anything that small can weigh that much and NOT be iron or meteorite and not stick to a magnet. Does seem very strange to me.

There are some very rare meteorites that are not magnetic...would that not be nice :-)
Head over to the college or high school Geology teacher!

Specific Gravity 5.3 (feels heavy, average for a metallic mineral)
Metallic hematite, also called specular hematite, has a shiny luster and may exhibit a micaceous habit, which means that it is easy to break small flakes off a sample. The flakes are quite hard, but are easily separated from the sample, making it difficult to recognize the mineral’s hardness. Some metallic hematite samples have a rounded bumpy surface that formed as fibrous crystals of hematite grew out from a surface into a fluid-filled space.

Anyone else craving pork chops?

This might seem like a strange request, and considering that the rock is actually quite pretty I don't know if you would, but would you consider smashing a piece of the rock with a hammer to expose a clean surface and present cleavage?

See, it looks a lot like... a lot of things. Do you have a magnifying glass? If so, would you mind providing me the following details?

Those individual blackish grains, for start, are they truly black, or are they more silvery and yellow? Are they hard enough to scratch glass or a piece of steel? They look cubic, are they truly squares? If the answers to most of these questions is yes, I would say it might be pyrite grains. If not, it might be something else...

Next, the matrix material. Is it granular(like sugar) or smooth? Is it flakey? Is it hard enough to scratch glass (like an old beer bottle)? If you have some vinegar, could you perform the following test...

Heat a small amount of vinegar (usually 5% acetic acid) in a microwave safe container. Scratch a small section of the rock, and pour the vinegar on the scratch. Does it fizz and bubble?

The answers to these questions would be of great significance to the identification of the rock.

I don't know. You need to ask a geologist familiar with the region.

Looks like plain old sandstone to me. Not as fine grained as we are used to seeing, but of the same make up.

Neat rock. It looks to me to be sedimentary rock with garnets forming. A bit like this, although these garnets are in granite.

First though, I have to say that so far, I'm going with the dinosaur poop theory. (my second favorite is the star gate symbol)

First, let me explain the texture a bit more: It is NOT flakey at all. It is extremely hard. There was a ton of shale around it with shell fossils (which is why I was looking in the first place) and this is NOTHING like shale, sandstone or obsidian.

second, I guess I'm not good at guessing weight. I dug around my kitchen until I found a big enough scale, and it's actually 10 oz, so not quite a pound. That's still very dense, considering it's size.

It is NOT magnetic. I tried a few different, small metallic objects and nothing stuck to it. I also have several different sized magnets and none of those stuck to it either. So If it is a metal, I don't know what kind it is. I like the suggestion to take it to a small shop with metal detectors. Maybe I can get that done tomorrow.

@Marc72...I don't think it's Oolitic limestone. Doesn't match the pictures or description in the link. (but good idea)

@theabsolutetruth...I also don't think it's Fossilised stromatolite, although I found It fascinating.

@st udio....your comment is perhaps the most intriguing, and I had considered a lightening strike remnant. "perhaps it is either a lightning strike remnant
or possibly a compacted/fused bit of Earth from a meteor impact incident in the dim past & likely far away from the find location"

Char-Lee, while the weathered hematite nodule looks close in the picture, it does NOT flake, nor is it smooth anywhere. Another interesting rock though.

@hydeman11....I have it soaking in very hot water right now and I plan on scrubbing it again. I will try your vinegar test and also the scratching. There ARE black grains, but there are also red, coppery colored and gold colored grains as well. They look to be squares, but I will try to look at them more closely. Thank you for all your great suggestion. I will report back after doing them.

@pennylemon....I don't think it's sedimentary. It looks as if it were definitely in a liquid state at some point and seems metallic.


I hope this helps...I will try some of the great suggestions.