posted on Aug, 14 2014 @ 08:15 PM
link
On Wednesday Iranian-born mathematician Maryam Mirzakhani became the first woman to be awarded the 'Fields Medal' considered to be mathematics' equivalent to the Nobel Prize. 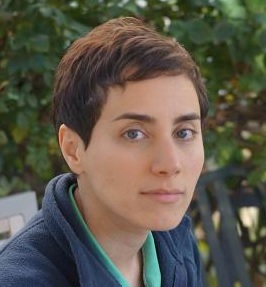 I wont even pretend to understand this but it sounds impressive -

Mirzakhani, who is Iranian, studies the geometry of moduli space, a complex geometric and algebraic entity that might be described as a universe in which every point is itself a universe. Mirzakhani described the number of ways a beam of light can travel a closed loop in a two-dimensional universe. To answer the question, it turns out, you cannot just stay in your "home" universe – you have to understand how to navigate the entire multiverse. Mirzakhani has shown mathematicians new ways to navigate these spaces.

Mirzakhani first attracted international attention as a high-school student in 1995, when she was the first Iranian student to achieve a perfect score in the International Mathematics Olympiad.


"This is a great honour. I will be happy if it encourages young female scientists and mathematicians," Mirzakhani was quoted as saying on Stanford's website.
link

how can she win a prize in maths when they are not allowed to go to school or drive a car.in iran women are not allowed out unless a man is with them and education is highly restricted to women.this must a be a hoax.she has very short hair.looks like a man.

1. She lives in the US so is free from the constraints of a Muslim nation e.g. Iran.
2. She may have short hair, but she does not look like a man. If you think that is a test of womanliness you need to get out a bit.
3. This is great news. The sciences have been bastions of men, so good to see inroads.