Are Champ and Nessie Time Travelers?

posted on Aug, 12 2014 @ 02:56 AM
link
Sightings of Nessie and Champ are the most famous and enduring cryptid mysteries, but other large water cryptics have been on the increase over the past few years with reports coming in from all over the planet.

The most famous photograph of Nessie, known as The Surgeon's Photo, has been debunked as a hoax. 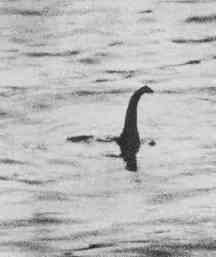 However, in 1977, Sandra Mansi took a photo of the cryptid creature seen in Lake Champlain, Vermont, known as Champ. In 1981, this photo underwent tests for authenticity by the Optical Science Center at the University of Arizona. Their conclusion was that this photo is not a fake. 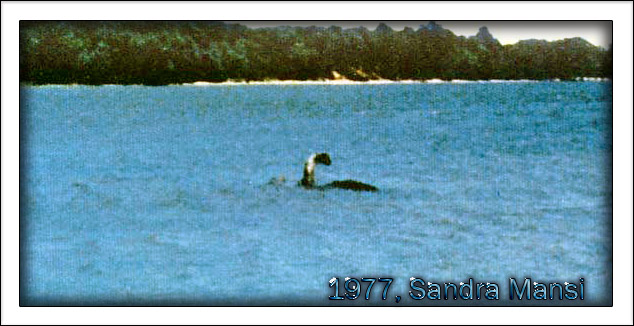 So, if these creatures are real, how do they manage to conceal themselves from the many expeditions of searchers, seeking proof of their existence?

This video of the new H2 show, In Search of Aliens, hosted by Ancient Astronaut theorist Giorgio Tsoukalos, offers compelling evidence from the interviews, to answer this question.


There is a deep basin in Lake Champlain called Split Rock. This basin narrows to only about 1/2 mile wide, and 500 ft. deep, and... it is filled with huge amounts of quartz.

As you may know, quartz can create huge amounts of Electromagnetic Fields when the conditions are right.

According to Dr. John Brandenburg in Southern California, huge amounts of EMF can be created from the quartz in the ground, caused by geologic stresses; this can generate enormous amounts of power.
He says there is an alternative hypothesis of how these sea monsters are being witnessed by people: TIME TRAVEL.


Dr. John Brandenburg is a physicist, rocket scientist, and Mars expert. He is one of the pioneers in Mars anomaly research and, since 1994, has been the principal investigator on the Microwave Electro-Thermal (MET) rocket thruster project for Research Support Instruments (RSI) in collaboration with the Center for Space Power at Texas A&M. He was a member of the NASA Technical Advisory Committee of Technology and Commercialization and served on its former Space Transportation Subcommittee. Dr. Brandenburg is also the author of numerous publications and reports.

Dr. Brandenburg theorizes the areas in these lakes (Loch Ness and Lake Champlain), with their large concentration of quartz, could be a gateway for a portal of time travel through a worm hole. He suggests that what people are seeing is a creature from the past... in the present.

So...people who have seen one of these creatures are actually seeing the past appearing for only a brief moment in the present. This sounds like a very good explanation to me.
I have a member on my paranormal thread that says he, and others, witnessed a dinosaur floating across a busy four-lane highway on his way home from work one evening. This offers an explanation for his experience, and countless other things people have seen: a glimpse of the past, caused by an interference in the space-time continuum.

Here is a very informative website with information on Loch Ness, and Lake Champlain:
www.njan.org...

posted on Aug, 12 2014 @ 03:15 AM
link
I have wondered about this before and i think it is a definite possibility. Some sort of time slip. That is a possible reason that when various folk search for the Big Beastie he aint there. The quartz inclusion is interesting.


I haven't watched the video, but basing my answer on common sense, i'm going to say that Nessie and Champ are not time travelers.

I'll still watch the video though.

ETA: This area did not appear as it does now millions of years ago, so the entire hypothesis debunks itself.
edit on 12-8-2014 by OccamsRazor04 because: (no reason given)

posted on Aug, 12 2014 @ 05:17 AM
link
This dude actually believes that something living could pass through a wormhole ?

Without being horrifically mangled ? Stretched beyond physical comprehension ?

If Nessie or Champ or anyone went through a wormhole, what would come out on the other side would look less like a plesiosaur, and more like a cup of boiling tomato soup.

What about a Time Slip ?

posted on Aug, 12 2014 @ 07:14 AM
link
Why do people here respond to a thread before even reading it or watching the information on the video?! That is so frustrating to me!
It's very clear that only one of you have taken the time to read the OP before replying.

ETA: This area did not appear as it does now millions of years ago, so the entire hypothesis debunks itself.

The picture of Champ was taken in 1977. If this were a true hoax, I'm sure some genius would have stepped forward with that information before now.
I'm surprised you haven't contacted them with your claim of a hoax to collect your prize. You could be famous for solving this one.

originally posted by: Soloprotocol
a reply to: sled735
I got as far as the Surgeons photo and switched off...Proven Fake.


Wow! So you only looked at the picture?! If you would have bothered to read the first two sentences, you would have seen that I said it was proven to be a hoax. Don't be so quick to judge a thread.

The video is very interesting. You should watch it and increase your knowledge.

This thread is intended to discuss the scientific statements made by interviewees in the video, not so much the authenticity of the photos.
If you don't have time to watch the entire thing, which you should to get the whole picture, then begin at the 36:00 mark. Interesting stuff!

posted on Aug, 12 2014 @ 07:49 AM
link
The new in search of Aliens is pretty much a joke. I watch them for the humor factor of Giorgio wanting to say that everything is ancient astronaut related. They pretty much have taken the comic effect of the memes seen here and made a series out of it. Actually quite funny

posted on Aug, 12 2014 @ 07:57 AM
link
How would seeing something from the past work? If you were to go even 1 year in the past from today in the same location, you'd be sitting in the middle of space. Please understand before you throw out theories of timetravel that the earth moves through space and is NEVER in the same location in space ever again. So I find projection time travel (especially naturally occurring) to be a VERY unlikely scenario.

posted on Aug, 12 2014 @ 07:59 AM
link
Giorgio Tsoukalos hosts a paranormal television program. His lifetime career and livelihood is based on espousing weird ideas concerning explainable phenomena by excluding all the facts and adding fiction.

The picture of the supposed Lake Champlain creature looks to me like a floating log, nothing else.

I make a distinction between time travel (intentional) and time slip(unintentional) which could have been as stated due to the Quartz in surrounding area. What's the problem.

originally posted by: sled735
Why do people here respond to a thread before even reading it or watching the information on the video?! That is so frustrating to me!
It's very clear that only one of you have taken the time to read the OP before replying.


Why do you assume that no one read the OP...i read it, replied, then watched the video.

I thought the video lacking, and far-reaching. The only decent thing shown, was the sonar image. And maybe the authentic photograph. Everything else was just random theories and speculations. At least Dr. John Brandenburg insisted that his time travel theory was hypothetical...which was then followed by a Giorgio Tsoukalos trying to connect it with ancient aliens.

Overall, Giorgio Tsoukalos should stop embarking on these quests in an attempt to confirm his biases. The show is not presented objectively. It is inherently presented to display any theory which could happen to fit into a particular field, and that is of the ancient astronauts perspective. Unsurprising really, considering how popular both, Giorgio Tsoukalos and Ancient Aliens, have become.

I suggest that In Search of Aliens is not the most reliable source. 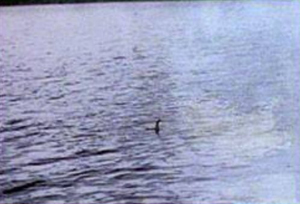