So then, one of my all time heroes, for whom I have shed a bucketload of tears tonight, has passed on.
However I do believe that he would rather have us laugh than cry, his life was dedicated to that wasn't it?
So I want to make a thread for people who were affected by Mr Robin Williams in any way.
I personally was affected by him making my days brighter, every thursday or friday, when I got home to watch Mork and Mindy as a young boy. My life was not the easiest then, but he made me laugh so much, and helped me get through the bad times.

I will never forget what this man did for me.

SHARE YOUR FAVOURITE MOMENTS! that's what he was about.

The man was a comical genius, I am not usually into American humour but this guy tops the list for me.

Man this was some crushing news....it really bothered me that he had to go...suffered from depression and he was a comedian....just awful

who could not be moved by this for example? 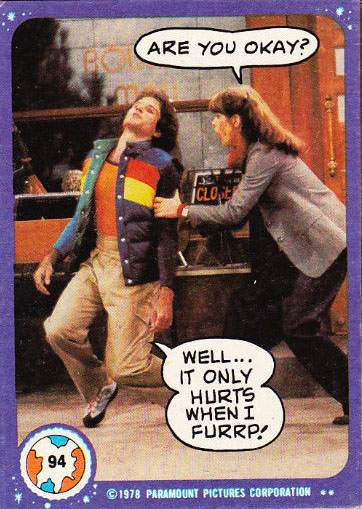 Those that smile the brightest, Cry the hardest!