I hope this letter finds you well and happy. (I know you aren't, really)
But i must cut to the chase and say I am somewhat displeased at your ongoing carelessness and constant indulgence in ephemeral pleasures, and downright lack of self confidence and will.
I assume you think 'everything will be alright' and that your actions won't have negative effect on your future and on your general well being, not to mention on the people who love you, but I must warn you that if you think you can continue like this for much longer, well, I'm afraid of what might happen.
I only wish the best for you, of course, I'm you.
But I must at this point distance myself a little bit, and try to make you see that what you are doing is wrong.
Of course, maybe what you do doesn't matter much in the grand scheme of things, as you like to say, but that is in no way an excuse to not try and live the best life you can have.
That is no excuse for not making the most of the precious time you have on this planet.

You have been going on and on about how s#*t keeps happening to you, your health and the world in general.
Well, let me say that maybe you can't stop wars, or famine, or cancer, or poverty. But I'll be damned if you can't put your life back on track, if it ever was on tracks in the first place....

And stop your f######g whining about not being strong enough or not having a clear goal set, I'M telling you what your goal is, Is stop being an idiot, and start being you, and that means what you already know:

1. Stop damaging yourself. You really need to cut down on the smoking and drinking. You feel the heaviness in your lungs. And I know you are not exactly an alcoholic, but these things are no good for you. And you know it.
2. Get out there. Get off your ass, take that bike to the park and do some exercise, go run, go bloody swimming if you must, lift some weights, taste the glorious sweat running down your face goddammit!
3. You know that feeling of discomfort when being with people you don't know very well? That you think you have nothing in common, or when you are afraid to express yourself? Guess what? It's all in your f######g head. Say hi, ask how they are, what they like, see how it goes, if it doesn't go, well, move on, it's not the end of the world.
4. Unless you somehow become the almighty ruler of the world, there's not much you can do to stop the war and death in Gaza (or any other part of the planet), hunger, drones, awful pop music, planes disappearing or exploding in midair, pollution, corruption, political bulls#it, terrible movie reboots and sequels, ebola, cute kittens overload, and everything else that you think is wrong. So stop the worrying. Sad but true.
5. You wanna be happy, well why aren't you? It's because you are always thinking about not being happy, that's bloody why.
6. I don't even know what point 6 is anymore, you make me so angry.
7. Ah there, it's this: You say you want spirituality, you want enlightenment, for yourself and the world...... HAHAHAHAHAHAHA!!!!!
Really?
You can't even stop yourself from having the last cookie/cigarette/beer, you find it a chore to go out, you can't even be at peace when alone, and you talk of enlightenment?

PS. I'm not drunk right now in case you were wondering, and hope you aren't either. I'm just really pissed off.... So here's a picture of a kitten, of which there's nothing you can do about. 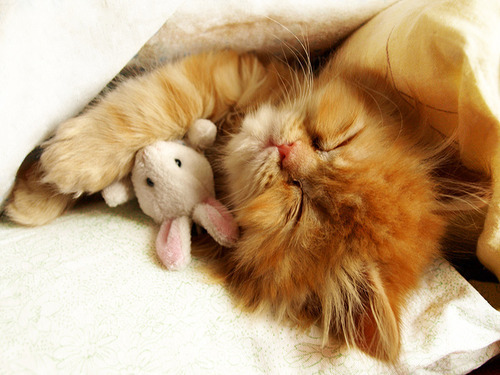 edit on 10/8/14 by athousandlives because: (no reason given)

where have I heard that before?

You've got a really good friend in yourself... You should listen.

Perhaps you're being too hard on yourself? Instead of listing all the things you don't like, how about you list the things you do well? Change your perception a bit, as difficult as it is to do. Speaking from years of experience, constantly belittling yourself will not help you make any significant change. In fact, it will do the exact opposite and you'll fell worse.

I don't care and I don't moan to much about it. OK, maybe I do, but who cares. I get the crap off my chest and continue life and it feels good.

Now,,,, My friend,,, Expat888, What was you running from an EX or an angry Mamason?
Or maybe you miss judge the Time to Happy Hour,,,me thinks

originally posted by: guohua
a reply to: athousandlives
Excellent, listen to yourself,,, it's hard, but, go for a walk and take a few deep breaths.

Now,,,, My friend,,, Expat888, What was you running from an EX or an angry Mamason?
Or maybe you miss judge the Time to Happy Hour,,,me thinks

At times when my miscreant macaque get into mischief angry mama sans .. ( by far the fiercest things walking the earth are little old aunties during sales at the shops and mama sans at the bars .. ex -wives top the list for evil ) and when late for happy hour ..

Lighting up another one and taking a sip.