posted on Aug, 10 2014 @ 04:27 PM
link
In keeping with the theme of the post I made a few minutes ago about digital image manipulation, I thought I'd see how many movies we could come up with that have plots centering on technology manipulating the perception of reality or completely replacing it. Most of us consider ourselves seekers of the truth but even among those who don't, I think there's not much that is more frightening than being unable to distinguish what's real from what's not. I'm hoping to find something I haven't seen!

Here's a short list of movies to get us started:

Eyeborgs is a good one!

Not a fantastic movie, but the plot line sure makes you think!

I actually haven't heard of it, but the plot sounds original (excerpt from plot summary on IMDB):

he system includes millions of mobile, robotic surveillance cameras known as "Eyeborgs," which watch everyone for suspicious behavior, all in the name of security, law enforcement and keeping America safe. An agent for the Department of Homeland Security grows suspicious of the system after a series of odd murders in which the physical evidence doesn't match up to what the video records show.

Looks like the machines are not only faking the video but they might be doing it to cover up for killing people? Damn! This is got a it of everything: out of control government surveillance program post major terrorist attack, robot take over AND manipulated perception of reality. Nice!
edit on 2014-8-10 by theantediluvian because: (no reason given)

Also "Strange Days" is another good one with Ralph Fiennes.
Edit: Ralph Fiennes looks strikingly similar to Bradley Cooper...or vice versa.
edit on 10-8-2014 by Bigburgh because: (no reason given)

originally posted by: Bigburgh
Didn't see "Running man" on the list..
That one as well as "Wag the dog" yells photo/editing manipulation for gains.

I forgot about how Arnie's character was framed with the faked video! Well done. Also, I had not thought about how much Bradley Cooper does resemble a young Ralph Fiennes, but you're right, there's an uncanny resemblance: 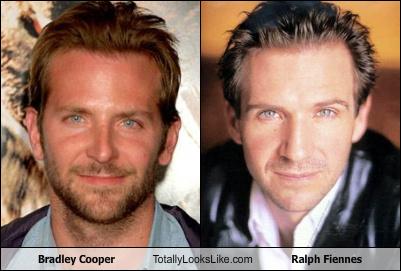 Good lord!
That is uncanny.
To see them side by side like that.