The Obama administration secretly sent young people from Venezuela, Costa Rica and Puerto Rico undercover to Cuba in an effort to provoke political change against its communist government, according to a report published Monday by The Associated Press.

According to interviews in six countries and internal documents, the AP discovered the United States Agency for International Development (USAID) dispatched nearly a dozen young Latin youth to Cuba who posed as tourists. They were paid as little as $5.41 an hour, the report said, and visited college campuses to recruit anti-government activists.

It is not clear how long the USAID program lasted or if it has completely ended. The AP reported that it started as early as 2009

The Full report can be found here

Now before anyone gets all huffy...
I'm sure other countries have there people here in the US doing that same damn thing... the big question becomes just how effective is it?

In the fully story the mention they had as many as 60 folks come to a rally. Kind of a drop in the bucket but maybe a drop that can grow?


Manuel Barbosa, a founder of Revolution, said in a recent interview in Santa Clara the Costa Ricans never told him that they were working for USAID.

So it would seem those old black hat ops of yesteryear are still going on?

Almost 12 Latin Americans participated in the program and received hourly wages as low as $5.41. They had a secret language. A worker said, "I have a headache," if he thought he was being watched by Cuban authorities. "Your sister is ill" meant to end the trip. The workers also had pseudo-content installed on their laptops, encrypted memory sticks and used an encrypted email system.


"We worked it so that the government here didn't know we were traveling to Cuba and helping these groups because that was when [President Hugo] Chávez was in power, and if he had known about us -- that some Venezuelans were working to stir rebellion -- we would have been thrown in jail," said Yajaira Andrade, a former administrator with a Venezuelan organization.

Why don't they just let the people be.

This model works well for AIPAC. They control the USG with money and influence. They plant operatives and hire them in country. Just observe Rick Perry and his positioning coming into 2016.

Certain people eat it up.

The generosity of the US government knows no bounds it seems!
A whopping $5.41 an hour to go and risk being shot by a firing squad in Cuba for undermining the state.
What a deal..

posted on Aug, 4 2014 @ 12:15 PM
link
Getting really POd with all the governments social engineering both abroad and at home......
These officious arseholes need to but out of the peoples daily lives and thoughts.....
They are not there to dictate what we think .....or what anybody else thinks either......getting madder by the day.....

Sure it's only $5.41 an hour ... but as a federal employee your in line for Obama Care and a state funeral.

But would they send your momma a US or Costa Rican flag, I wonder?

posted on Aug, 4 2014 @ 12:22 PM
link
I'm not sure how effective this is/was/has been... and I'm sure it's happened, happens and will happen in many different places, but it's still such a disappointment whenever we see proof of it. I find this whole thing completely unnecessary, it's almost a political "Mean Girls" plot.

The easiest way to storm a castle is from the inside. Some things never change do they? Kind of like the Operation Northwoods- 9/11 connection. Teapot Dome and the obamacare website. Monroe/Kennedy and Lewinski/Clinton. The players change, but the game always stays the same.
edit on 4-8-2014 by lonweld because: (no reason given)

Committing the oldest sins in the newest ways


Welcome to the world we live in.

The Obama administration secretly sent young people from Venezuela, Costa Rica and Puerto Rico undercover to Cuba in an effort to provoke political change against its communist government, according to a report published Monday by The Associated Press.

Beginning as early as October 2009, a project overseen by the U.S. Agency for International Development sent Venezuelan, Costa Rican and Peruvian nationals to Cuba to cultivate a new generation of political activists.

The program was already in place before Obama took office in January 2009.

USAID has been around since the 60's. The program of using them as a cover for political activism in Cuba appears to have begun under Bush Jr. Whether this was with his knowledge I don't know, all I'm doing is pointing out the time frame for this activity began before Obama took office.

I read the Hill story first so I posted that...

but in just the short amount of time since this story hit the wires,
Google is already showing 175 other sources...

so it seems this one is going to spread like wildfire...
even if the original program was mostly a bust for the US, it's looking like it's be a huge gain for the Cuban Government once all the dust settles.

posted on Aug, 4 2014 @ 12:35 PM
link
USAID is a cover for CIA and others everywhere it operates. Sure, they have eager people thinking they are working for a legitimate NGO, but that is the whole idea of a cover organisation. I am quite sure most foreign governments / agencies know this already though.

originally posted by: Silcone Synapse
a reply to: HardCorps

The generosity of the US government knows no bounds it seems!
A whopping $5.41 an hour to go and risk being shot by a firing squad in Cuba for undermining the state.
What a deal..

Hey it's better than paying your own way.

I distributed a lot of books to Cubans that they would never be allowed to otherwise read.

Somebody owes me some money!

If the Feds owed me money I might settle for a trade in lue of money...

you know something like one of those huge luxury yachts seized form some drug lord..

Yeah I'd be willing to trade for that...something small and modest... a toy for the weekends... something like this 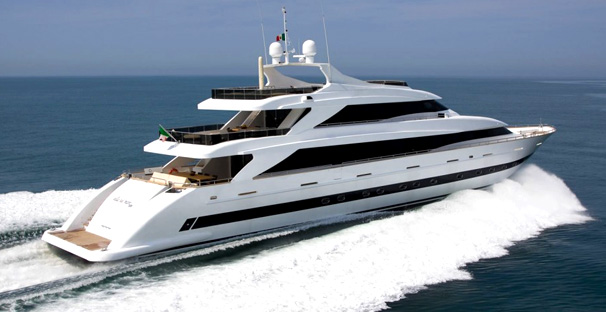 If the Feds owed me money I might settle for a trade in lue of money...

you know something like one of those huge luxury yachts seized form some drug lord..

Yeah I'd be willing to trade for that...something small and modest... a toy for the weekends... something like this

I was aboard one of Fidel's own yachts in Cuba and it wasn't as nice as that. But I'll bet that thing doesn't have 5 Russian V12s.

posted on Aug, 4 2014 @ 05:10 PM
link
WHAT AN incredible STRATEGY send a few kids to go sing KUMBAYA so the commies would all gush and come over to our side.It FIGURES he was able to keep THIS one secret NOBODY CARED. We have Celebrities do it all the time North Korea too.

but further down from the caption of the photo you posted.
it says this.

The travelers program was launched during a time when newly inaugurated President Barack Obama spoke about a "new beginning" with Cuba after decades of mistrust, raising questions about whether the White House had a coherent policy toward the island nation

no where and i repeat no where does it say that the program was started before obuma took office.
and seeing all his other ill conceived plans and changes he wanted to make rolling something out like this out in 10 months is not impossible. the one guy in your quote says they revived minimal training.