Obama is already indicating his dis-approval.

Not that Republicans can actually do anything productive.

Democrats have full control of the Executive Branch and enough control in the Senate to make it "appropriate" for Obama to take Executive action on his own and wait for any legal challenges after the damage would be done and probably irreversible.

WASHINGTON (Reuters) - President Barack Obama said on Friday immigration legislation on track to pass that House of Representatives is unworkable and makes it more likely he will act on his own to address pressures from a surge of illegal immigrants on the southwestern border.


Who benefits the most from the huge recent influx of illegal immigrants ?

"Who benefits the most from the huge recent influx of illegal immigrants ?"

Excedrin from all the headaches its causing.

originally posted by: xuenchen
Who benefits the most from the huge recent influx of illegal immigrants ?


originally posted by: xuenchen
Who benefits the most from the huge recent influx of illegal immigrants ?

The slave trade is alive and well, and "legal" too.

Some of the country’s biggest temp agencies and high profile companies regularly delegate hiring and employment services to a network of underground labor brokers that charge workers obligatory fees for rides to their jobs and to cash checks. The fees push workers incomes below the minimum wage. That’s according to a new investigation by ProPublica and Marketplace, which ran a multi-part series this week on the practice.


originally posted by: xuenchen
Who benefits the most from the huge recent influx of illegal immigrants ?

Let me throw out one of the governments favorite words they like to throw out when it comes to taxes and regulations!

Of course in some folks eyes, it is "anti democrat" to criticize our current administrations actions, but is it SUSTAINABLE for out government to flood our country with immigrants at a time when we can't even take care of our own?

I see it as "common sense" versus those whom choose more volatile words "anti democrat"......

posted on Aug, 1 2014 @ 03:25 PM
link
So Barry is rejecting the idea of sending them back. Guess how many more just decided to head this way.

originally posted by: seeker1963
Let me throw out one of the governments favorite words they like to throw out when it comes to taxes and regulations!

Capitalism, relying on oil, deforestation are not sustainable ways to live, yet we continue down that hole.

posted on Aug, 1 2014 @ 09:54 PM
link
House passed a bill and even though it has not gone or been approved by the Senate the prez cannot legally by executive order sign in his own version because the house has passed a bill and it awaits debate in the senate.

There are no jobs available in my market, so I am willing to lower myself to pay my bills and feed my family but I can't even get a job harvesting peanuts at a local peanut farm because of the illegals and well as the legal immigrants are holding all those positions cheaper than they are willing to pay me.

So in other words the toad president wants to stick the voters and tax payers with his mighty pen taking yet another executive order to force the tax payer to pay for the "Obama rights of immigrants" because after all under Obama mighty pen illegals will have tax payer funded lawyers, housing and welfare benefits.

Well I guess this what happen when we the people just bend over and let Obama mighty pen do a job on all of us.

Lets say in a simple twist of fate, instead of Mexico, Canada was broke, overrun with drug cartels, and happened to be one of the most dangerous countries on the planet. Refugee Canadians fleeing from their now flaming armpit of a country would be welcome here. You cannot deny it.

Also, if it was Canada, we would most likely offer troops to help stabilize the country, and directly combat cartel violence & internal corruption. Offer personnel to help weed out cartel connected government employees, as well as humanitarian aid.

Instead of wasting countless dollars meddling in the affairs of middle eastern countries, maybe we should focus our attention on our neighbors to the south. Instead of arguing about the symptom, illegal immigrants, we should focus on the actual problem. Mexico has become a terrifying place. IMHO a stable Mexico would be beneficial to all of North America....

posted on Aug, 1 2014 @ 10:49 PM
link
Republicans passed their usual sphincter gas. They knew full well that this had no chance in the Senate let alone with the president.

Anyone that truly believes that republicans passed this with hopes of fixing the problem at the border is deluding themselves.

This was a merely symbolic piece of legislation just so they can say they passed something. Even if it's their sphincter gas.

originally posted by: muse7
Republicans passed their usual sphincter gas. They knew full well that this had no chance in the Senate let alone with the president.

Anyone that truly believes that republicans passed this with hopes of fixing the problem at the border is deluding themselves.

This was a merely symbolic piece of legislation just so they can say they passed something. Even if it's their sphincter gas.

But can you point to those things that the Senate won't like and show us why ?


“Immigration reform is not about enforcement,” Peters said in a short video clip

Who benefits? Those guys in the video saying reform is not about enforcement

Seems to me if the border was being enforced there would be no issues.

They tried,,, it's all on your Buddy Obama and the Dem's to Man - Up and act like Adults.

The legislation is unlikely to go much farther, however. The Senate left for August recess this week after failing to pass a supplemental border bill and President Obama slammed House Republicans Friday for “trying to pass the most extreme and unworkable versions of a bill that they already know is going nowhere, that can't pass the Senate and that if it were to pass the Senate I would veto. They know it.”
The Chairman of the House Judiciary Committee Bob Goodlatte (R-VA) threw the ball back in Obama’s court after the bill’s passage, however, saying “while the House acted today to provide targeted and narrow funding to meet urgent needs at our southern border, it is ultimately up to President Obama to end this crisis by reversing his policies that created it.”


House Speaker John Boehner also released this statement in response to the bill's passage:
The House has just passed a responsible bill to address the humanitarian crisis at our southern border. It will help secure our border and ensure the safe and swift return of these children to their home countries. If President Obama needs these resources, he will urge Senate Democrats to put politics aside, come back to work, and approve our bill. There are also steps the president can take to address this crisis within the law, and without further legislative action. Every day the president and his party fail to act is another day this crisis continues.


Link
You and I know, That's Not Going To Happen,,

edit on 8/1/14 by VikingWarlord because: (no reason given) 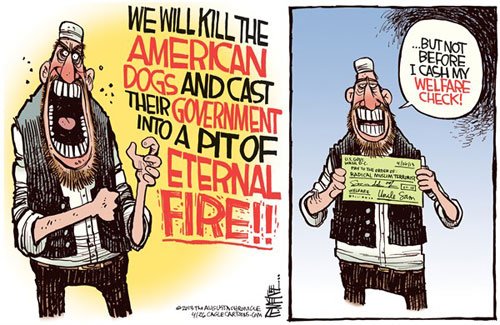 Had to post it, guohua was falling down on the job.... Just kidd'in your cartoons rock. 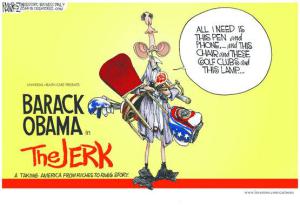 Obama wouldn't want to upset the new future Democrat supporters and voters,,, he has then setting up
house with flat screen TV's.

Once they enter under the welcome sign — in English and Spanish — immigrants will be processed through showers and health screenings and allowed to select clothes for themselves and their children. Mothers also can request diapers, baby bottles, pacifiers and blankets.
Further inside they will have access to a dental care, a bilingual library, playrooms, child care, pay phones, flat-screen TVs, free Internet access, indoor and outdoor basketball courts, weightlifting equipment, a small soccer field and a soon-to-be installed playground play scape. 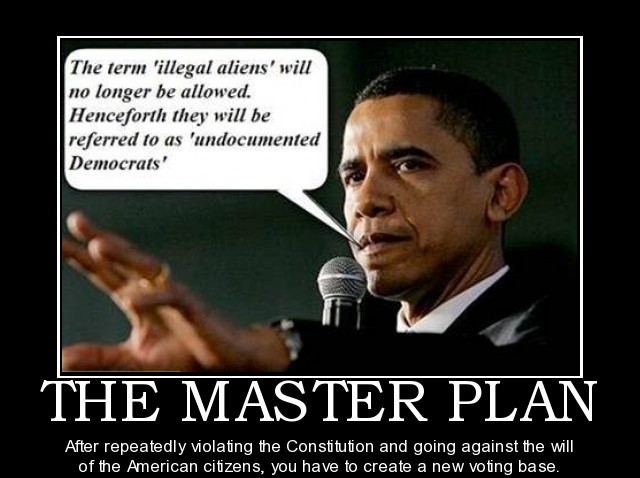 originally posted by: guohua
a reply to: MarlinGrace
Nice One, Mind if I borrow it?

You use whatever you want, and if anyone says anything send them to me. Love the undocumented Democrats.