Tony Abbott at the helm when Australia was accused of bribery and curroption!

“The government considers that the suppression orders remain the best means for protecting the senior political figures from the risk of unwarranted innuendo.''

See that '' unwarranted '' - that's the beauty of Murdoch spin, its quick and painless. you don't realize you just swallowed a load, do you? 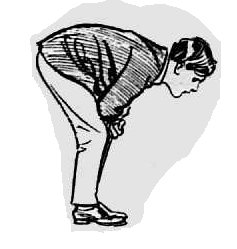 In June, seven senior executives of the Reserve Bank of Australia, the country’s central bank, were secretly indicted on allegations that partly owned subsidiaries, Securency and Note Printing Australia, had paid bribes to government officials of the three countries and others to obtain contracts to supply polymer banknotes. The scandal has been percolating in all of the countries behind the scenes for months if not years.


I don't know if these are the members involved, but the Wikipedia site lists them as senior member's and the articles says snr members!

It appears possible, that Tony and co have ordered legislation to cover up a multi-national bribery scandal that his government might be involved in. Multiple countries, billions of dollars.. any talk of it in the media banned by the government in-case it puts ''unwarranted'' innuendo on government officials.

Unwarranted.. that word again. Why does the government believe it is unwarranted?

According to the document, the court had banned any disclosure or publication of information concerning 17 current and past heads of state, politicians and other senior officials of Malaysia, Indonesia or Vietnam in connection to court proceedings of alleged multimillion-dollar briberies.

BOOM! read that you lying prick!

Watch this you-tube flick and understand its Abbott being questioned with difficult questions. He doesn't say a word for 90seconds.. he just nods like a zombie! This is the man running the government that has ordered a gag order about a billion dollar bribery scandal that possibly involves the government.

a strict god fearing Roman Catholic I might add.

Nice try for a political agenda.

Just shows they are all just as bad as each other.

posted on Aug, 1 2014 @ 08:52 AM
link
No doubt, Gillard and Rudd need to be added to the list of suspects also.
But it was Tony s government when it broke out in the legal arena and he ordered the media suppress it.

posted on Aug, 1 2014 @ 09:34 AM
link
somebody has got to make a meme out of that when they dont have an answer "ive given you the response you deserve"

posted on Aug, 1 2014 @ 10:11 AM
link
You cant get to the top without sometime with your nose in the trough. This is how politics works in our present culture, avoid, deny, distract then suppress when they don't work..?

There has been over one hundred and fifty suppression orders in the State of Victoria alone, in the last twelve months.

You cant get to the top without sometime with your nose in the trough. This is how politics works in our present culture, avoid, deny, distract then suppress when they don't work..?


This is the Hegelian dialectic game at work thats why its bi partisan. You cant get to the top in australia without being in an Illuminati approved secret group, e.g. freemasons etc.
Also note how for the most part politicians especially MSM reporters and newsreaders are still mainly anglo & white apparently the cultural diversity that most of us are suppose to accept does not apply in their world, channel 9, 10 & foxtel stations like sky news best examples!


There has been over one hundred and fifty suppression orders in the State of Victoria alone, in the last twelve months.

You are right! It is way too many.

Of course you could also add the Secret Courts ie those with auto suppression orders such as the children's court, family court etc. Remember their tag line, It's for the children

That is BS, it is so that we don't know and can't question what they are doing.

I know some that would make your hair curl up and die, but, if I wrote about them I could be thrown in jail.