posted on Aug, 9 2014 @ 10:25 AM
link
Update
Sent a enquiry off to the British interplanetary society and will be forming a FOI for the UK about project Daedalus over the next day or so.

Will cover a bit more on the Orion Scientists next week.

posted on Sep, 2 2014 @ 08:40 AM
link
In the source’s story the claim was made that the pre-break away society was run by a conglomerate of countries. Namely the United States, United Kingdom, Canada, Australia and New Zealand. This got me to thinking if there was a way to connect the number of sightings of triangle type UFO’s (the hypothesized work horse craft) and the countries that were supposedly involved in the program.
Fortunately the NATIONAL UFO REPORTING CENTER’s web site tracks and catalogs UFO reports that can then be sub divided into shape categories.
Below are two diagrams I compiled from the data on the above web page.
The first is a chart that shows the number of triangle shaped UFO sightings for a range of years in the list. The first sighting on the list dates back to 1930 then stayed fairly consistent till the mid 1960’s when the number of sighting began to increase markedly.
I expected the number of sighting to dramatically jump in the early 1980 as the F117 and other black U.S. flown triangle shaped aircraft began flying but the data doesn't show a dramatic increase in triangle shaped craft till the mid 1990’s. Also, a casual scan of the report descriptions seam to suggest that a large majority of the sightings demonstrate flight characteristics not like a traditional aircraft (slow silent flying, sudden course changes, bright light patterns, ect.) Which leads me to believe that conventional black project air craft can not explain away most of the sightings.
The second chart is a location of many the sightings from the list. I started to omit US, Canada and UK sightings because they were mostly all in the same geographical locations and the sheer number of them became too time consuming for me to place all of the sighting from the list. I did make an effort to locate all international sightings (non US, Canada, UK), to get a feel for the propensity of sightings from one geographical area to another.
After working on placing dots on the map in become clear that the vast majority of the sighting were in the US, Canada and the UK, followed by Australia, India and Northern Europe. This is somewhat in line with the source’s list of member countries involved with the program with the exception of India and Northern Europe.
It also became clear that there were several “Hot Spots” so to speak for triangle craft sightings and they generally accumulated around large population centers, which should be expected as the more eyes available the more likely a sighting is to be made and reported.
Inside the US, the more popular areas for sightings seem to be Washington State, Southern California, Florida and the Eastern sea board.
In Canada a large number of the recorded sighting occurred in and around the Toronto, Montreal, and Vancouver areas.
In the UK it was basically everywhere. 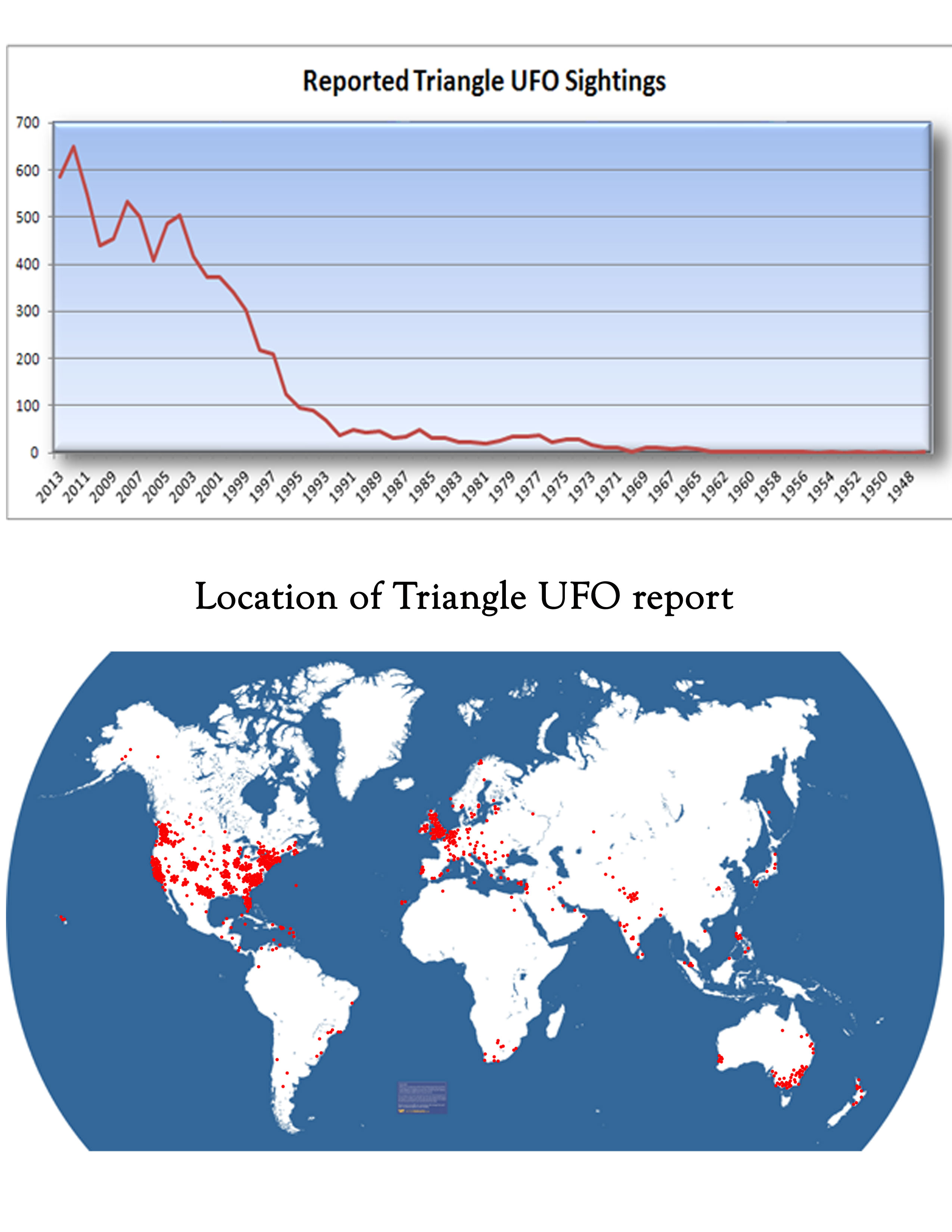 posted on Sep, 12 2014 @ 09:01 AM
link
I stumbled across an interesting article about the nature of light and the experimentation to turn light into a solid. More specifically a crystal made of light photons. In the article they go into that experiments with light such as these could greatly contribute to the advancement of quantum computing and virtually unlock the secrets of the universe and make possible materials that before were impossible to create.
I found this article particularly relevant to the sources claims of beings of "light" and other methods of physical matter being transported or moved through light manipulation.
Experiments such as these may also shed some light (no pun intended) on the inner workings of AALiCCE, the supposed artificial intelligent crystal like device that the source described as being buried for so long. 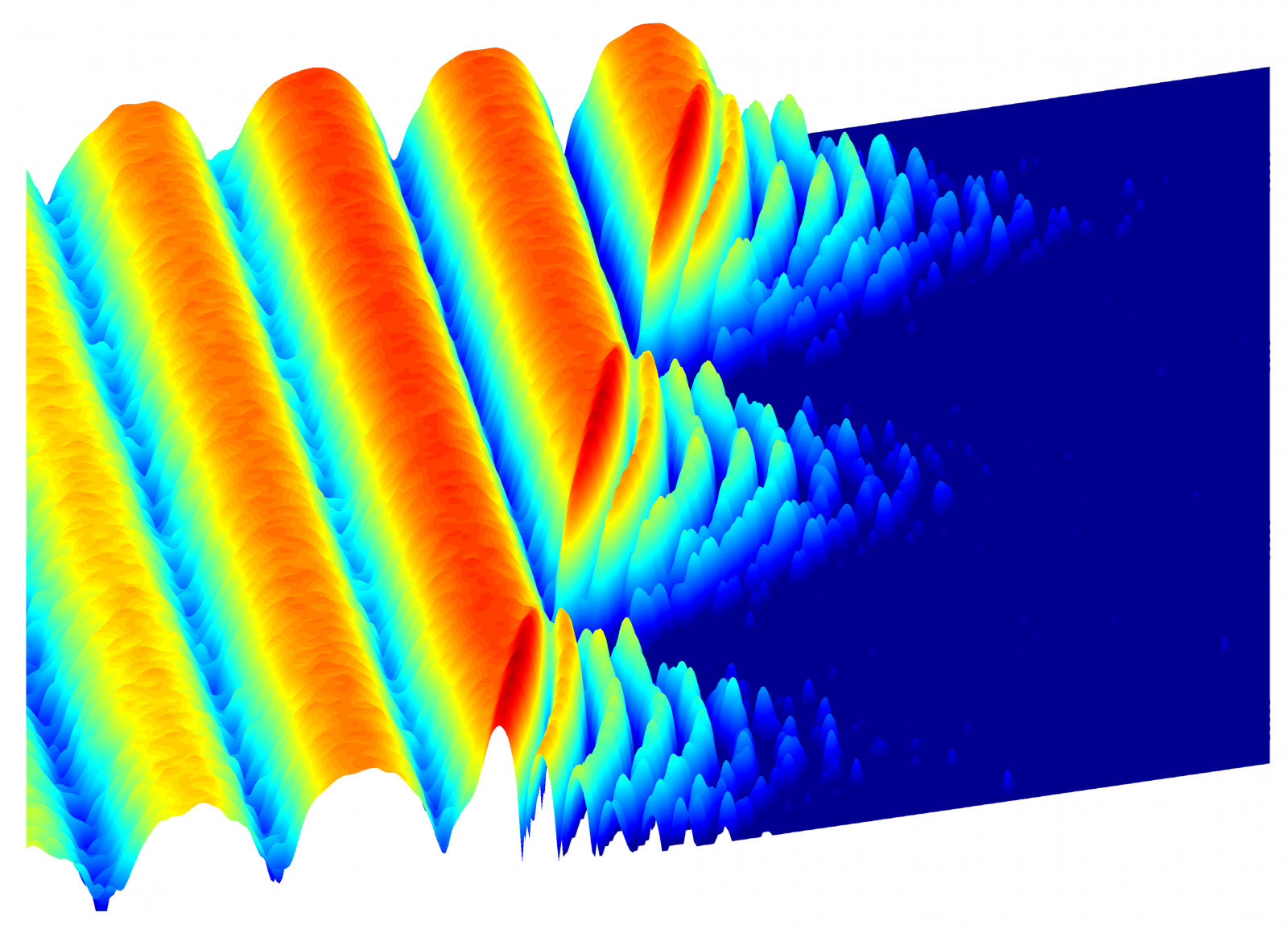 posted on Sep, 29 2014 @ 01:13 AM
link
I was recently reminded in another thread on the boards that the "AI" that was mentioned was supposedly found in a diamond mine in Africa. It might be worth cross referencing diamond mines in Africa with known military installations? Just a thought, as I haven't seen any activity in this research topic in a while.

EDIT: I think it was a salt mine, not diamond mine. Can anyone confirm?
edit on 29-9-2014 by MystikMushroom because: (no reason given)

I also thought it was a salt mine. I see two references too both salt and diamond mines by the source. Could this be a possible lapse in memory or a fabrication slip, I don't know.

I'm unsure if there is any correlation between triangle sightings hot spots and the potential excavation site of the artifact or if the correlation is purely coincidental but there may be a connection:

Under the assumption that it was indeed a salt mine, I did a search of Salt mine locations. The worlds largest salt mine at Goderich, Ontario, about 40 miles West of Toronto, happens to be one of the largest triangle spotting hot spots. I also searched for odd stones or artifact pulled or found in salt mines from anywhere but came up empty handed. As a side note. The Artifact has been described to me as a dark stone with a pinkish inner glow from within. Salt in it's pure block form has a pink color.
The Goderich mine was found by a prospector originally searching for crude oil in 1866, and instead found massive salt deposits. The mine is now a major supplier of road and table salt to the US AND UK. Interestingly the owning company of the mine (Compass Minerals), while not only supplying the US and UK plant fertilizers and other mineral products, also provides records management services to businesses throughout the United Kingdom.
Honestly I was hoping for some old digitized newspaper article of an unusual stone pulled from a mine, maybe with even a photograph, somewhere but I guess that is just wishful thinking and would be too easy.

If the alleged AI artifact was found in a Diamond mine then that also corresponds to the many diamond mines of South Africa, one of the African continents only hot spot of triangle sightings. I have yet to do any research into possible connection to this.