Time: "I want my Christianity back!"


What we see in media isn’t Christianity. Our faith tradition’s core teachings are found in the words of Jesus. The anti-everything Christianity we find on television, radio and in print would remind Jesus much more of the Pharisees than it would remind him of the people actually following his teachings.

Our faith tradition’s core teachings are found in the words of Jesus.

IF that were true... I would proudly proclaim Christianity

Unfortunately its not... and I don't

posted on Jul, 30 2014 @ 04:53 PM
link
Why should everything in the media be Christian approved when this isn't a Christian country? If this guy doesn't Like what he is seeing then he is allowed to turn it off. Besides we have plenty of Christian channels on tv already he can watch those.

Yahoshua summed it up perfectly.

In that day MANY will come in my name saying "I am christ [Christian] and deceive MANY".

That is exactly what has gone on for almost two thousand years and it isn't getting any better.Christians(all 30,000 sects and growing) using "their Jesus" to justify what they "believe" they are.That is just Christians being Christians no matter what the name of "their" religion.

posted on Jul, 30 2014 @ 05:03 PM
link
I miss the ability to be able to live and let live. I know we should live the example moreso than run around labeling ourselves as Christians (actions vs. words), but there was a time in my lifetime when Christianity and Christian values were respected and not some sort of magnet for controversy. There are good and not so good Christians as well as those who have trouble convincing anyone they really believe in the Word of God and sometimes they bring deserved criticism with their actions. Those who don't believe in God have mounted a largely successful assault on all followers of Jesus Christ as a result and that mentality only seems to be growing. As much as I enjoy ATS, I have seen examples of the worst from Believers and non-believers and it can get pretty ugly.

Personally, I believe everyone must make the decision to accept God for themselves, and I have a responsibility to live my life as a map to the decision in favor of God. However, if someone has made it clear they have no interest, then it does more harm than good to beat them over the head with it. Of course I pray for them, but I don't flaunt my beliefs in some incendiary manner which guarantees we can never discuss the subject civilly.

I miss the time when those who oppose God would grant me the same consideration.

We seem to finally agree on something.

posted on Jul, 30 2014 @ 05:06 PM
link
Intresting article, what really amaze me " as a cristian " why this writer feels like he is having ugly baggage, why is he so upset about what kind of name or reputation other christians or church gives to his religion. Being religious is a personal choice and agreement between oneself and God ( not a church and not the other christians ). Give back a christianity this writer directly points to church and fundamentalists. If he feels ashame of being christian it basicly means he is not religious after all.

You can be a christian without being religious.

Easy...then more Christians need to speak out against those who claim to speak for them.

Muslims have the same problem too, btw.

Just asking, for clarity's sake - in other words the definition of christian

posted on Jul, 30 2014 @ 05:20 PM
link
If I may ?
Labelling of religion is IMHO wrong. Does it really matter ?
Christian....Jew.....Hindu....Bhuddist...Muslim...
For me it's about my relationship with my beliefs and my personal challenges to achieve inner peace.
Isn't that tough enough without living up to someone elses expectations ?

Live for your beliefs...... Not what others expect

Christianity is supposed to be living up to Christs expectations...

posted on Jul, 30 2014 @ 05:24 PM
link
Ah, this guy is the progressive style of Christian who more or less wants to keep his faith inside the church on Sunday and not really examine what it says and really means.

That's fine, but his baggage is still as ugly as any of the Christians he rails against. Christianity is not "his" or anyone else's.

Christianity is God's, and it is not for this article writer to try to tell someone else ... or lets of someone else's what the faith is or is not, should or should not be. He very much IS ashamed to be Christian because he also wants to be like everyone else and if forgetting that to be Christian is to be hated for Christ's sake, too. There will always be those who will not like him for being who he says he is, no matter how palatable (and politically correct) he tries to make his beliefs.

And his presumption that Michelle Bachmann speaks for him may lie more with his disagreement with her politically than it does with his disagreement with her theologically. He's basically saying that if he and she (or he and I for that matter) happen to disagree on an issue or more, how dare she call herself something that might give them some common ground? It's as if the mere idea she might have something in common with him is too much to be born.

It's a very sanctimonious attitude one finds very often ... people on the right are not just wrong. We're evil. And it deeply offends him that someone who holds "evil" opinions could ever presume to openly claim the same faith as him ... So, he demands his faith back as if it were his to demand back.

Also since I've been a member on this site, It's pushed me further and further away by reading you and your crowds posts.

Not bashing, just being honest and pointing out the irony of your post.
edit on 30/7/14 by OpenEars123 because: (no reason given)

originally posted by: loam
more Christians need to speak out against those who claim to speak for them.

Muslims have the same problem too, btw. 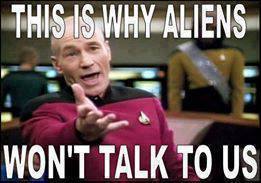 You know... I remember when I was young (40-45 years ago) my parents told me that VERY few people (even so-called Christians) would actually understand what it means to follow Christ and make it into heaven. With Christianity being the biggest religion in the world, I can believe this to be true. The majority of those who call themselves Christian have nothing to do with Jesus' teaching. Many are hateful, vengeful, holier-than-thou, judgmental and generally non-loving people.

I agree with Akragon, if today's "Christianity" actually represented the teachings of Christ, I could almost call myself a Christian. But it doesn't. It's more of a political party than anything else.

I don't blame the writer of the article for wanting his religion back.

Truthfully, I don’t blame people who assume that if you’re Christian you’re anti-LGBT, anti-abortion, anti-real equality, anti-other religions and pretty much anti-anything else that one small but loud subset of Christians find offensive or threatening.

And when they accuse us of being un-Christian (and they will), we must stand strong and tell them, “You no longer get to own that word. You have used it and abused it and crucified it on crosses of hate, greed, power and control. We are taking our religion back – way back.

I'm very heartened to read this article. I KNOW there are true Christians out there, but they're not trying to deny other people their rights. Period.

Our faith tradition’s core teachings are found in the words of Jesus.

IF that were true... I would proudly proclaim Christianity

Unfortunately its not... and I don't

Very well said. Organised Christianity, like all the main religions, is predicated on division and hatred: "WE are the chosen ones, YOU are heathens, convert or die!"

Jesus had some nice ideas. Unfortunately his franchise suffered a hostile takeover centuries ago.

Why can't people just be nice people without having to give themselves a label and follow "teachings"?

Is morality that hard to grasp that you need a textbook?
edit on 30-7-2014 by Rob48 because: Specify "organised"

posted on Jul, 30 2014 @ 05:50 PM
link
Christians are Christian by name only. Because one reads a certain book, or follows certain rituals, makes them no different than any other Tom, Dick and Jane. Look at die-hard sports fans for instance. They are more religious than any Christian.

posted on Jul, 30 2014 @ 06:56 PM
link
It occurs to me that many Christians complain about people "hating" them... If they were living according to the lessons of Christ, would people hate them??? NO!!! I would LOVE Jesus!

If people complain about how much they're "hated", maybe they should ask themselves "why?"

You have to admit, 'Christian' is a rather imprecise label....and the "lessons of Christ" even more debatable. Seems a lot of conflicting views claim the corner market on that.

Bah. This is why I never engage in religious discussion.

I'd rather judge on a person's actions, than their proclaimed belief.