Pope Francis sounds too much like Obama to be honored by Congress, Republican says

originally posted by: beezzer
a reply to: olaru12

Just goes to show that republicans are just as spineless and pathetic as democrats.

I don't think the perception of the GOP being anti Catholic will help them in the coming Nov. elections.

I would love to see the Republicans actually develop a strategy that promoted a POsitivE message but
they seem to be so focused on the negative, anti everything except for kissing the butt of their mega corp. idols in hopes they can still get a few campaign contributions to remain relevant.

I could be reading this all wrong.....perhaps the middle class will follow the Rush Limbaugh model of nasty and "NO" ....
I don't think so however.....people still want someone that can instill "HOPE" for a better future.

I too have my doubts that either party will provide that. Time for a third party! But my cynical nature knows deep down that
nothing is going to change the Corporate Oligarchy; their power is now complete and irreversible.
edit on 30-7-2014 by olaru12 because: (no reason given)

originally posted by: Osiris1953
a reply to: ~Lucidity

Yeah buster forgot it, but I sure didn't in my post.

I, however, did not include the tree-hugging part.

He is many things to many people


Just as long as it's a Christian prayer....right? 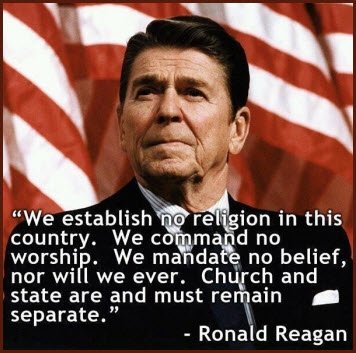 posted on Jul, 30 2014 @ 06:32 PM
link
a reply to: buster2010
So you believe that a child saying a prayer aloud in a public school violates the Constitutional provision for separation of church and state.... Because the schools are federally funded. Who funds the Congress? Yet they have a chaplain and open sessions with what... A prayer? Both houses no less!
How is this not a contradiction?

Where did that come from?
Am I proselytizing?

The pope talks about equality

If this isn't absolute proof that the Republicans only care about the upper 1% I don't know what is.

Do they have to pass a resolution explicitly saying they won't ever listen to the other 99% of us before people will wake up?

Kids can pray in school all they want. The school can't hold an official Wiccan ceremony for worship in which every child must either participate or announce that they are not Wiccan. What does that have to do with a resolution which says Congress thinks the Pope is a nice guy?

posted on Jul, 30 2014 @ 09:04 PM
link
A school district only need show that prayer aloud disrupts school activities and it may be forbidden.
Most of you are on the wrong track with me, I could give a crap if they are allowed to pray aloud.
I believe the the Congress has no business starting their official business with a prayer and I believe that it is not their business to lavish praise of any kind on religious leaders.
I am pretty sure that they have more important fish to fry in Washington.

a reply to: sepermeru


As far as I am aware, there is no law against a child saying a prayer aloud in public schools. There are court rulings against teachers and administrators leading public prayer in public schools.
edit on 7/30/2014 by BubbaJoe because: To fix my spelling

That is a contradiction. government sessions shouldn't open with prayer, especially since more and more incidents keep popping up where only Christian prayer is allowed for the openings. As far as prayer in public school goes, there's nothing wrong with a child praying, a moment of silence can be used for this... there is however something wrong with a public school only doing Christian prayers or only Islamic prayers etc...

Personally I like the Pope but I don't really care, nor do I think the Pope cares if Congress congratulates him or not... Congress has a long history of honoring leaders both religious and non-religious from all types of faiths, it has nothing to do with religion but works people have done.

To be quite honest the Pope is probably relieved, I would be. The personality the House has put forth over the past 4 years is disgusting and I wouldn't want their seal of approval either.