Can President Obama Be Impeached?

Let’s take a time travel back to the year 1972 to our former president Richard Nixon, and the Watergate, impeachment, and corruption.

So what happened back then to get the impeachment rolling? And why wasn’t he impeached?


“The term Watergate has come to encompass an array of clandestine and often illegal activities undertaken by members of the Nixon administration. Those activities included "dirty tricks," or bugging the offices of political opponents and the harassment of activist groups and political figures. The activities were brought to light after five men were caught breaking into Democratic party headquarters at theWatergate complex in Washington, D.C. on June 17, 1972. The Washington Post picked up on the story; reporters Carl Bernstein and Bob

Woodward relied on an informant known as "Deep Throat"—later revealed to be Mark Felt, associate director at the FBI—to link the men to the Nixon administration. Nixon downplayed the scandal as mere politics, calling news articles biased and misleading. A series of revelations made it clear that the Committee to Re-elect President Nixon, and later the White House, was involved in attempts to sabotage the Democrats. Senior aides such as White House Counsel John Dean faced prosecution; in total 48 officials were convicted of wrongdoing.”

Are there any familiar or parallel circumstances today?


Nixon vigorously denied involvement in the burglary cover-up, most famously in November 1973 when he declared, "I am not a crook." Although Nixon released some of the tapes requested by the Senate in April 1974, he withheld the most damning of them, claiming executive privilege. On July 24, 1974, the Supreme Court rejected Nixon's claim of executive privilege and ordered him to turn over the remaining tapes

When he refused to do so, the House of Representatives passed the first article of impeachment against Nixon for obstruction of justice. On August 5, with the impeachment process already underway, Nixon reluctantly released the remaining tapes.

On August 8, 1974, Nixon avoided a Senate trial and likely conviction by becoming the first president to resign.

In conclusion, this topic was not to point any fingers, but to see if there is any justification for president Obama to be impeached, since there seems to be so much tension related to this topic.

Let’s hear everyone’s thoughts and logic on this and please be civil.

Truth be told, I don't altogether understand the politics of impeachment. This is One time I think it's better to leave such a decision to the politicians.

posted on Jul, 29 2014 @ 11:30 AM
link
Why don't we use President Andrew Johnson instead? He was impeached for removing the Secretary of War from his own Cabinet, which broke the Tenure of Office Act.

Before Abraham Lincoln was assassinated in 1865, he had formulated a plan of reconstruction that would be lenient toward the defeated South as it rejoined the Union. He planned to grant a general amnesty to those who pledged an oath of loyalty to the United States and agreed to obey all federal laws pertaining to slavery (though high-ranking Confederate officials and military leaders were to be excluded from the general amnesty).

Lincoln's plan also stated that when a tenth of the voters who had taken part in the 1860 election had agreed to the oath within a particular state, then that state could formulate a new government and start sending representatives to Congress. Andrew Johnson was intent on carrying out this plan when he assumed the presidency. This policy, however, did not sit well with the so-called Radical Republicans in Congress, who wanted to set up military governments and implement more stringent terms for readmission for the seceded states. As neither side was willing to compromise, a clash of wills ensued.

Both Lincoln and Johnson had experienced problems with Stanton, an ally of the Radicals in Congress. Stanton's removal, therefore, was not only a political decision made to relieve the discord between the president and his cabinet, but a test of the Tenure of Office Act as well. Johnson believed the Tenure of Office Act was unconstitutional and wanted it to be legally tried in the courts. It was the president, himself, however, who was brought to trial. President Johnson was impeached by the House of Representatives on February 24, 1868 and the Senate tried the case in a trial that lasted from March to May 1868. In the end, the Senate voted to acquit President Andrew Johnson by a margin of 35 guilty to 19 not guilty - one vote short of the two-thirds needed to convict.

the question is "Can" he be impeached...


You, Congress or even SCOTUS would be hard pressed to do a flanking action to get around both Holder and Obama impeachment stonewall
edit on th31140665184529372014 by St Udio because: ring on finger

The only ones I know of pushing hard for impeachment, is the White House it's self. As a political ploy to rally the weak Democratic base to defend Obama. They are using every trick in the book in attempts to make the opposing parties look like they are attacking their leader.

It would be the worst possible banner and rally cry for the Republicans to take up at this time. I think enough Republicans are aware of this and will sidestep the issue, as they are looking at gaining the Senate in the November elections.

posted on Jul, 29 2014 @ 11:33 AM
link
Only if you promise to impeach all the other criminal politicians. To believe that Obama is any more or less culpable to whatever today's alleged crimes happen to be than any of the rest of them is laughable and naïve. It's a crime syndicate. The whole thing needs to go.

Nice. I didn't forget about him. Star for you.

I just did not want to dilute my OP and I figured some savvy ATS member would instantly bring it up and then, "Presto!".

Can you break that quoted info down into more readable paragraphs?

Nixon was like half a step away from disbanding the office of the "Prez" and declaring himself dictator... Not to mention the whole megalomania deal he had going

Obama is no Nixon... his is more like a Lackey than an 'Evil Master Mind'... His staff tells him what to do so if you want real change... Impeach the staff... 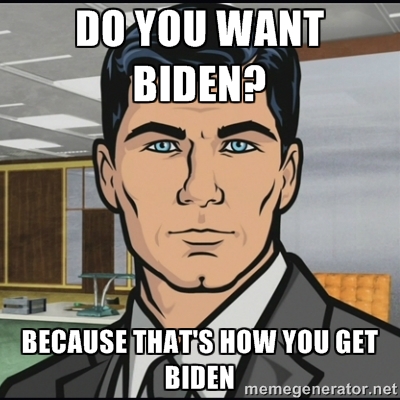 I don't think Obama could be impeached simply because he is incompetent.

You can't impeach people for being feckless.

originally posted by: St Udio
the question is not 'should he get impeached'

the question is "Can" he be impeached...

Title changed to not reflect any type of direction.
edit on 29-7-2014 by Realtruth because: (no reason given)

Then again, "What good would it do?"!

Give the American sponges more hope that our government will get better and finally do it's job? IE represent those they should work for and NOT those whom funnel them funds for their elections?

Who will replace him? Another puppet with the fist of the military/industrial complex with their hand shoved so far up in them that they do nothing more than create false hope and continue to push for full globalization towards their utopian "one world government"?

Bottom line, it wouldn't make any difference if Obama was impeached! Politicians are like drug dealers! You take one off the street and there are hundreds more lined up to take their place......

posted on Jul, 29 2014 @ 11:46 AM
link
My understanding is that impeachment is simply an investigation to see if there was any wrongdoing, so why not?

If anyone else is accused of wrongdoing, there is an investigation, and if there is sufficient evidence, a trial. If no wrongdoing can be proven, then so be it. This process is good enough for every other American, so why not the President? 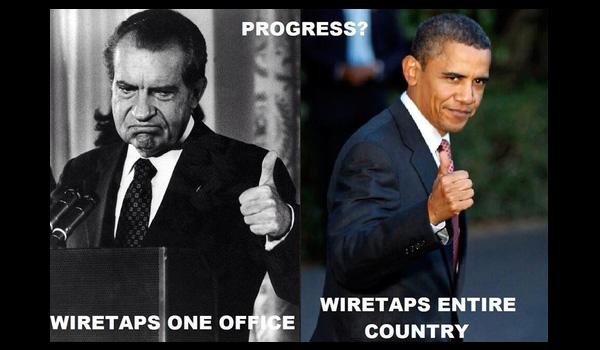 If Obama was held to the SAME standard: 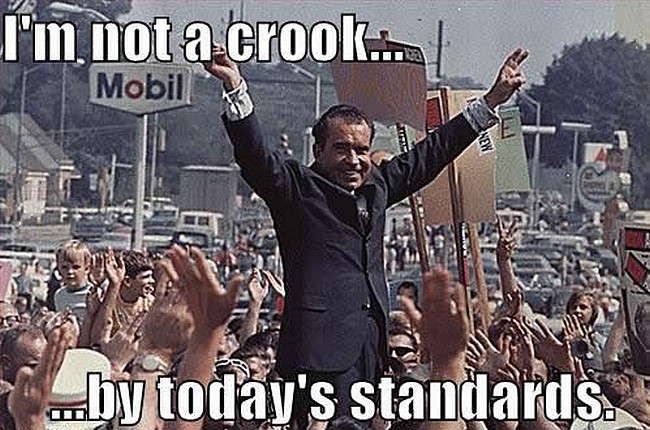 He would be impeached.

originally posted by: Realtruth
a reply to: butcherguy

Nice. I didn't forget about him. Star for you.

I just did not want to dilute my OP and I figured some savvy ATS member would instantly bring it up and then, "Presto!".

Can you break that quoted info down into more readable paragraphs?

It is done.
Sorry about the wall of text... I hate that too.

Nixon was like half a step away from disbanding the office of the "Prez" and declaring himself dictator.


I remember listening to some of the Watergate Hearings as a kid.
I don't remember this though.

Nixon was like half a step away from disbanding the office of the "Prez" and declaring himself dictator.


I remember listening to some of the Watergate Hearings as a kid.
I don't remember this though.

But come on now... the people he had working for him behind the scenes and not just the WaterGate deal...
He was headed down that road threw his sheer arrogance...

posted on Jul, 29 2014 @ 12:01 PM
link
Keep the ignorant masses discussing & debating over issues... so they don't realize they've already been deceived! You people fit that description.

You have already accepted the number & mark of the beast. I don't make claims this huge without proof to back them up.


Anyone interested... or are you afraid you might discover the truth?
edit on 07-27-2016 by IXApollyonXI because: (no reason given)