The Baciu Forest in Roumania

I agree with you here

I posted now a description from wikipedia and edit the topic about the history and position about this forst,check ii 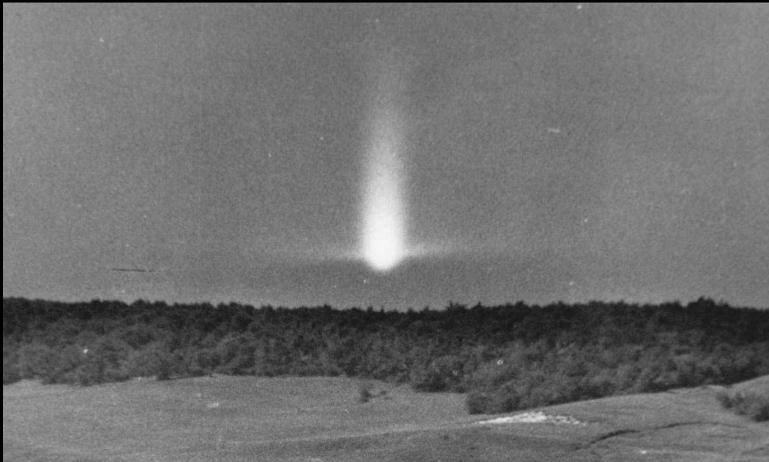 Notice to the left theres a thin black line in the sky.

Yes,you are right but maybe there is an error of the camera or who knows.

As interesting as all this is however, I must away to my bed, for I must work tomorrow! Oh, and do not be afraid to post more historical reference material! Also, you can put more data into the thread at any time, but after your edit window finishes on your opening post, you will have to just post more data as you get it, on a post by post basis!

Hope you have a good evening, and thanks for showing me the weird wonders of Hoia !

Thank you too mate,have a nice day at work and thanks for the advices

posted on Jul, 28 2014 @ 06:10 PM
link
Trees were once manipulated in this manner as saplings so they grew in a specific way and then used in construction of buildings/houses and ships/boats

I don't understand this,why whould someone bother to make up a tree to grow up like this so he can use it to build up something? Isn't it easy to build something from a normal tree ? It's the same result for me but in harder way

posted on Jul, 28 2014 @ 06:23 PM
link
The night vision like globe, if for real....is kinda interesting.....the nocturnal lights seem similar to Hesdalen Lights do they not?
A similar local phenomenon that occurs in Norway....it too is localised and regularly appears....
More data would be needed to compare them however....the Marfa Lights of Texas and some other places are eerily similar as well.....
Perhaps this is a FIELD phenonema of some description?

It is very likely that coppicing has been continuously practiced since pre-history. Coppiced stems are characteristically curved at the base. This curve occurs as the competing stems grow out from the stool in the early stages of the cycle, then up towards the sky as the canopy closes. The curve may allow the identification of coppice timber in archaeological sites. Timber in the Sweet Track in Somerset (built in the winter of 3807 and 3806 BC) has been identified as coppicedlime.[3]


Coppicing may be practiced to encourage specific growth patterns, as with cinnamon trees which are grown for their bark.

That's a good explanation but throughout the history Roumania didn't have naval wars so they couldn't build boats and houses and buildings were esspecialy made out of dirt and and a bit of wood and i dont think that they needed this kind of technique to make this kind of wood....if we really knew about this technique then it would be in other places trees like this in Roumania

Thanks for piquing my interest in the Baciu Forest. That said, I don't find your documentation to be very interesting in the paranormal sense.

First, I've seen trees grow like that in a lot of places in forests - they grow towards holes of light in the canopy. Second, the UFO photograph looks clearly doctored to me, and is using the same stencil to make the ufos repeatedly in a darkroom rendering. Third, the light looks like a meteor, over-exposed in the darkroom to me.
edit on 28-7-2014 by pirhanna because: (no reason given)

The photos i posted was a quick search on google...There are more detailed pictures of UFO's there,for example this one,it was approved by some kind of Ufologists reunion and it's not fake
img107.imageshack.us... and searching this image i found out other strange things happening there and i have to edit the topic again 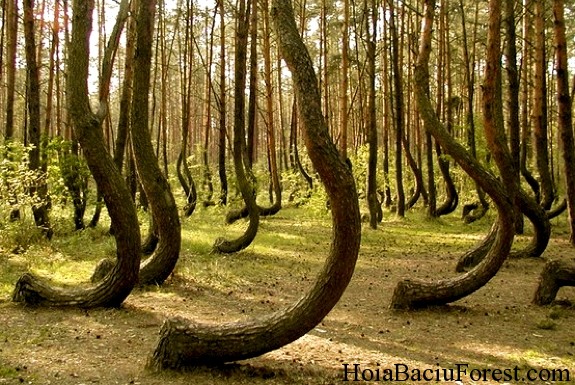 Looks like they were all bent over in the same direction when they were young trees. I know fruit growers who do the same thing with apple trees because it makes it easier to pick the fruit.

Hey all. I have spent quite some time in the NZ bush and seen a few trees growing like this, I believe it is most natural, but I have never seen more than say 3-4 growing like this in the same area. I am suprised that there are so many together, maybe man made??

Here's a site i have just come across which speaks briefly about the theories:

It speaks briefly about the theory of gravitational pull, bad weather (big snow storm), and also the possibility that during the war when these trees were saplings they were driven over by forces in the area.

But the most accepted theory seems to be...

The final idea that has been thrown around that seems to have gained most acceptance is perhaps the most boring one (Occam’s razor and all that), which proposes that the curves are man-made. This would make sense given the fact that the trees are very consistent. The suggestion is that during the 1930s, local farmers planted and manipulated the trees for ultimate use as a construction material, for example for pieces of furniture or, more likely, ship building. An extract from a piece entitled Wooden Vessel Ship Construction even supports this idea:

“Oaks from the areas of Northern Europe were fine for the development of long straight planking, but the gnarled English “Hedgerow” Oak was the best for the natural curved timbers used to strengthen the ship internally. Trees were even deliberately bent in certain ways so as to ‘grow’ a needed set of curved timbers. These curved timbers were known as ‘compass’ timbers.”

The invasion of Poland during World War II would have likely interrupted this activity, preventing the farmers from being able to finish the job and thus leaving this peculiar forest that we still see today. The local town was also devastated during the war and was not reestablished until the 1970s when a new power plant was built in the area. This would explain why none of the locals have the foggiest idea why the trees look like this.

Ultimately, no one can be certain of what caused the curvature of these trees since there are no witnesses that can testify one way or another, but the last explanation certainly seems the most plausible.


These trees in Poland are much believed to have been planted in 1930 and it looks to me from the picture posted in this thread of the trees (depending whether that image is genuinely from this forest you speak of) they look to be of the same age.

You stated in one of your replies to me;

That's a good explanation but throughout the history Roumania didn't have naval wars so they couldn't build boats and houses and buildings were esspecialy made out of dirt and and a bit of wood and i dont think that they needed this kind of technique to make this kind of wood....if we really knew about this technique then it would be in other places trees like this in Roumania

Just because Romania didn't have Naval wars as you say, or you believe that everyone made houses and buildings of dirt and small bits of wood, doesn't mean they were not cultivated to sell on to people/businesses needing to make ships and construct buildings, or construct furniture.

I've also just shown it occurs in other places other than this Forest you speak of. I would also hazard a guess that after a bit of research you will find there is likely quite a lot of Forests across Europe with batches of trees like this.

I have to say that i love stories such as these, and can quite honestly get lost in reading about such things, but often there are logical explanations for some of the tales that are born from places such as this.

posted on Jul, 29 2014 @ 06:34 AM
link
Romania, not Roumania. Spell check is a wonderful tool. Adolf Hitler not Adolph Hitler, knowing who or where one talks about is the wonder of a good educational background.....just saying

You come on just to post that?
Thats your contribution?
What are your thoughts on the OP topic?

I know a possible solution.
Arround 500 Meter from my house, there is a river.
Thatr river was flooded when the allies bombed a damn in WWII and the flood wave bent all the trees at the river like that when they were young and flexible, now all the trees arround that river look like that.
So that could also be an explanation for the trees in the picture

Thank you PaulTheDuke for clearing that up.
Roumania is not just the old way of spelling it, its the proper way.

Roumanians call my country (i'm roumanian) "Romania" and "Roumania" is the english form so please do not teach us grammar lessons,have a nice day . For example:the roumanian form for England is Anglia and so on....