Thought To Be A Pine Cone 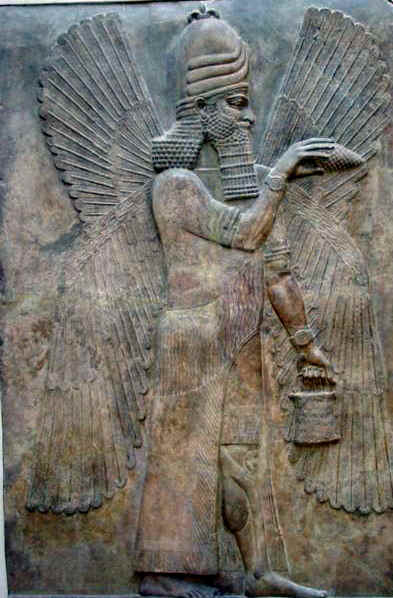 The Message Of The Image Of What Seems To Be An Entity Holding A Pine Cone Aint As Complex As Thought But Pretty Straight Forward When The Connections Have Been Made Which I Have.

The Message Is That The Entity Holding What Looks Like A Pine Cone Created The Message Created With The Image Of What People Called Greys. 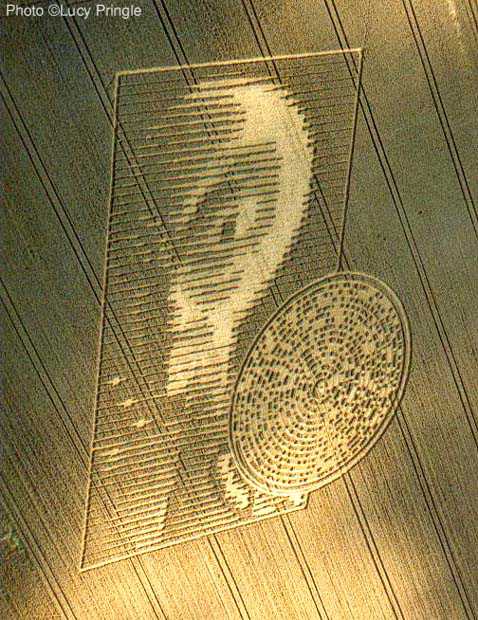 And The Reason The Image Of What Looks Like A Pine Cone Has Been Used Is To Make It Clear Those Eyes Dont Exist As In What People Called Greys But In Fact Show A Spiders Eye.

The Pine Cone Is Symbolic Of The Spider Which Aint Called A Spider. The Words Have Been Rearranged. What People Were Taught To Be Called A Spider Is Actually Called A Tree. And Marduk More Than Likely Is Also A Lie.
edit on 27-7-2014 by IObject because: (no reason given)

What you have in that image is a creature called an Apkallu. The specific one you have linked to is most likely from the Neo-Assyrian empire (c. 911-606 BCE), although the Apkallu themselves have cognates in Sumerian, Akkadian, and Babylonian mythology as well.

An Apkallu was a type of intermediary figure, acting between the high-gods (the Anunnaki) and the personal, house-hold gods of the Mesopotamian people. These divinities (which later inspired the Biblical concept of the Cherubim) were often depicted as winged-humans or winged-humans with the head of an eagle.

As for the pine cone, you're way off base there. A cone is a type of seed, when planted it will become a tree. In Mesopotamia certain trees had vast importance, like the Hulluppu tree (Willow) which was venerated in the Cult of Inanna, or the Conifer (like the Cedar tree) which was venerated in the Cult of Marduk and has a rich hisory of mythological importance (read the Epic of Gilgamesh to learn of the harrowing journey the King takes to secure ceder wood).

Fertility cults were of great importance to the people of Mesopotamia, as cereals (corn, rice, barley, wheat, etc.) were a staple of their diets and their economy (alongside livestock). Therefore, using what is known as sympathetic magic (shamanism, witchcraft, sorcery) the En (priest), Mašmaš or Āšipu (exorcist) was believed to be able to secure the favor of the gods by petitioning the lesser divinities to speak on their behalf. The Apkallu were these same-such intermediary divinities who could be petitioned in order to appease the gods and secure a favorable bounty.

It has nothing to do with the Greys, or Satanism.

That made my brain feel like it was covered in paper cuts and soaking in lemonade...

posted on Jul, 27 2014 @ 11:11 PM
link
Amusing How People Think To Be Well Informed With So Much Information Yet Have No Idea Why Planes Crash Or Why Earthquakes Happen Or Why What Is Happening To The Civilization Is Happening But Still Continue Smiling Typing About Entities And History As If They Lived Next Door And Lived Throughout It.

I Suppose The Thrill Of The Sense Of Feeling Smart Is The Problem.
Problem As In Lies.
edit on 27-7-2014 by IObject because: (no reason given)

posted on Jul, 27 2014 @ 11:42 PM
link
And I thought you were going to say that your bottom picture is just your top picture, rotated 90 degrees anti clockwise....a reply to: IObject

Just wondering, do you find it easy to write every word with a capital letter? Would take a bit longer to write, makes it harder to read aswell.

posted on Jul, 28 2014 @ 12:00 AM
link
And They Continue Trying To Fight Me Like Typing About Letters Being Capital Which Is A Lie Also.

Oh heavens no, nobody has ever discovered a plane crashes cause by studying the wreckage to determine what went wrong. God's forbid the people who know how to make airplanes also know how to look and see why one didn't do so well. Likewise, I bet no one had ever considered earthquakes to be the result of pressure building up on the fault line where two tectonic plates are colliding.

No, it is much more fun to live in Cloud Cuckoo Land, where a god of the sea causes earthquakes, because sea-gods were totally also masters of the Earth. And it must be Gremlins eating the wires which bring down airplanes.

I guess the rest of us will just have to settle for these things called archaeologists, anthropologists, and historians.

What could they possibly know though? It's not like they've translated hundreds of documents written by the people of Mesopotamia. It's not like Sumerologists and Assyriologists have written books, and o ther books, and m ore books, and still more books about their findings.

Heck, I bet there aren't even any museums that we can explore in person to learn about these ancient cultures.

Nope. We are well and truly in the dark here.

It's an Apkallu. They bless the land, protect the king, serve the gods, and recite magic spells to ensure that fate follows in accordance with the divine will. The pine cone represents fertility, the bucket is a device for carrying water and is symbolic of the Tigris and Euphrates rivers. Their heads represent the various realms of existence (earth and sky), and their horned-helmets denote how much authority and power they have in the spiritual world (more horns means more power).

And I Also Noticed When The Previous And Last Post Was Made By The Victim.
edit on 28-7-2014 by IObject because: (no reason given)