posted on Jul, 27 2014 @ 07:27 PM
link
recently i went over some old material, namely some band art
one of these was IRON MAIDEN'S "somewhere in time" album (and the artwork for the 'stranger in a strange land' song)
(or) introductory material for the up-and-coming "how to make a tinfoil hat" part 4

if you follow the tinfoil hat scene, you already know the scuttle here;
music acts are used to propagate new-age beliefs & indoctrinate the masses into these beliefs

here's the cover art for the album 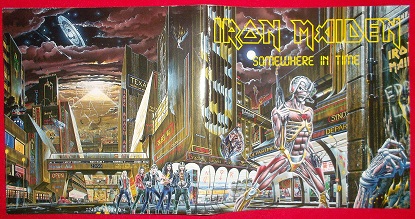 and poster art for the song 'stranger in a strange land' 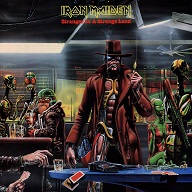 some "things" might already be apparent just by looking at them? 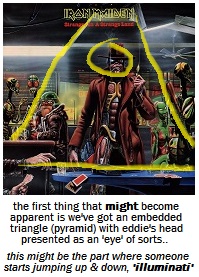 but there is more to all this

first i applied some geometry to this picture.. 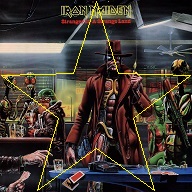 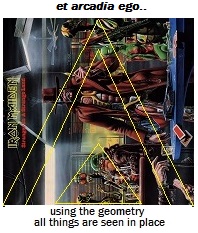 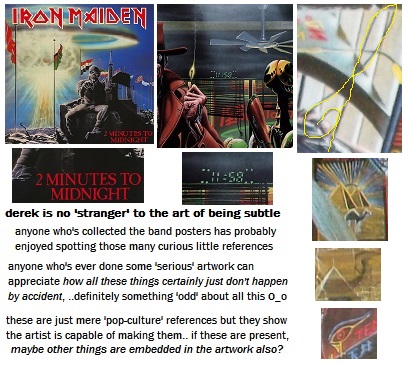 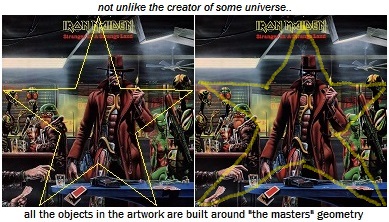 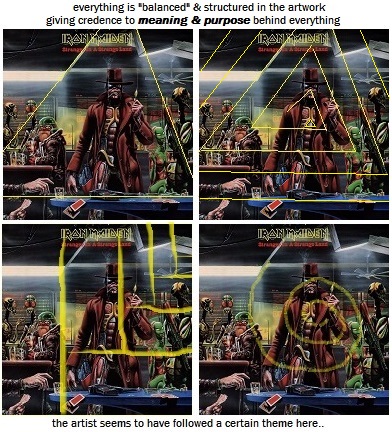 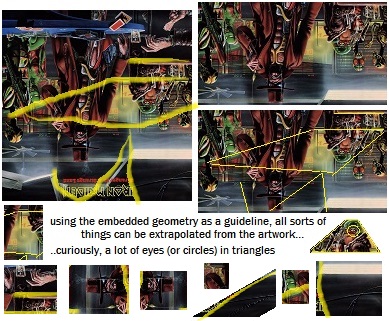 what i found went in two directions 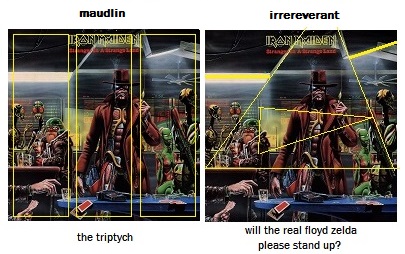 the triptych was there.. (this is the key to what is happening in this artwork)
see this topic (triptych doorway) 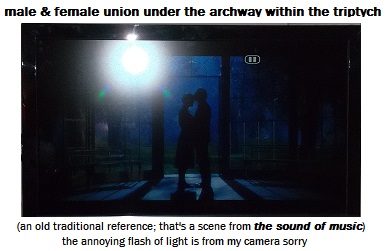 the same thing is encoded in the artwork 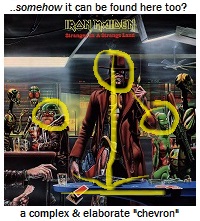 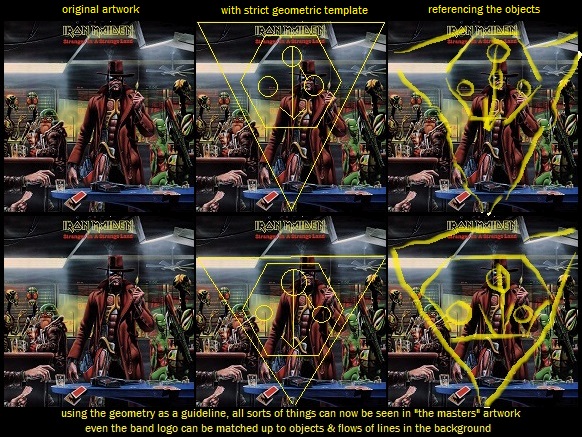 (i asked my girlfriend what she saw in the pic, she described eddie as a hybrid; a 'machine-man' ..that's close enough to what i'm driving at here- it's all about UNION)

so the artwork is indeed conveying the subtle new-age message of polarity union (there are still more layers to all this, but look at all the dark imagery there, how they've depicted the union) 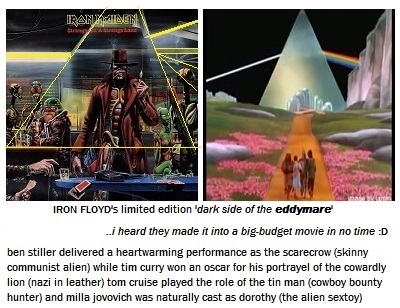 about the album-cover art
there are little embedded pics all through this.. a true masterwork.. but it's how eddie's face has been encoded into the whole picture that gets my hamster wheel spinning 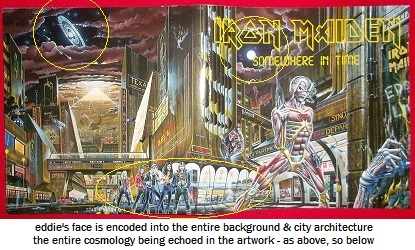 not sure what to make of this either 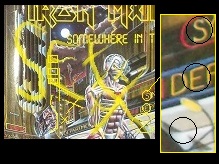 ..moving on to some other "related" band artwork 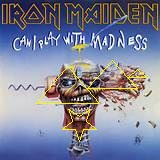 feel free to come to your own conclusions here.. 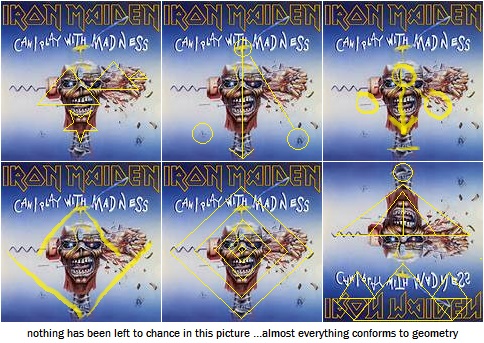 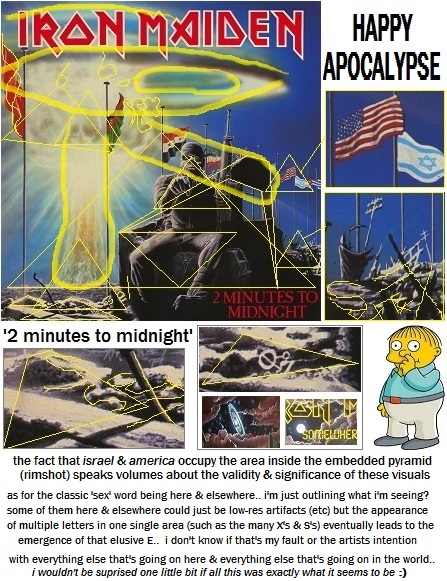 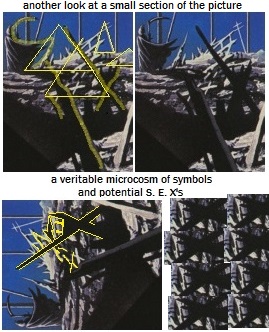 i just think when

posted on Jul, 27 2014 @ 07:30 PM
link
This is a very well presented thread. I don't see anything in the images that seems to match the geometry though. At all.Just my view.

posted on Jul, 27 2014 @ 07:45 PM
link
I think you're really stretching here. Rather than spending all your time marking up great artwork, perhaps you should listen to the records. "Somewhere in Time" is a classic!

Also, Eddie' look changes with every record depending on the theme: "Piece of Mind" he's in a straight jacket. "Powerslave" a sphinx, "Somewhere is Time" a cyborg.

thanks (at least you liked the presentation?)
i suppose one can lead a horse to some well presented water...
try following those links, see if it ends up meaning anything?
edit on 27-7-2014 by UNIT76 because: breadcrumbs

I thought it was most gratifying, much better than the typical, myself included, video link and 5 lines of personal opinion.

The art has geometry in it. It wouldn't be art without it now would it...or is it?

Do you see in geometry? If you don't narrow your focus. it's been what Bruce and the rest is about.

A very tin razors edge...can you maintain balance? The test is in the end.

The messages are always loud and clear for the folks that want to look inside....that's the key and the one I would pass to you. The keys are free.....really. But it takes strength and foresight to hold them, you have to be awake.

It takes strength to see things as they are and lift the curtains....and the journey is endless, what fun...

i've listened to iron maiden ever since they came out (..ever read the lyrics to their self-titled track?)

i assure you, good sir, even though i know everyone is going to end up with their own interpretation here, i know exactly what i'm typing about (i just didn't type much)

..it is for these same reasons they reference the movie 'Dune' (to tame a land, iirc?)
see this topic
feel free to troll all the stuff i post here at ATS

the guy is a fantastic artists, for sure
edit on 27-7-2014 by UNIT76 because: propz to the master artist

The messages are always loud and clear for the folks that want to look inside....that's the key and the one I would pass to you. The keys are free....

The Ministry of the Twelve (mat 10:8)
7"And as you go, preach, saying, 'The kingdom of heaven is at hand.'
8"Heal the sick, raise the dead, cleanse the lepers, cast out demons. Freely you received, freely give.
9"Do not acquire gold, or silver, or copper for your money belts,…


I don't see anything in the images that seems to match the geometry though. At all

posted on Jul, 27 2014 @ 08:21 PM
link
I saw a lot of the stuff, some seemed a stretch, but it's probably easier to see with larger images or holding the actual album and pposters in your hand. plus I'm on a smartphone.

Either way I always appreciate and enjoy your threads and posts

I think the pyramid in the background of the first pic says enough. S&F. TPTB has control of the entertaiment industry. If you get a generation addicted to their idea of entertainment, you control them. Everything else follows suite.

You can draw geometric shapes and symbols on ANY picture that has detail in it.
This means that artists are illuminati puppets.
Always knew they were a strange lot...

Is the illuminati using "back masking" in Maidens music?

posted on Jul, 27 2014 @ 08:46 PM
link
This post probably would impress people that never understood Iron Maiden or never heard of them.
How about this and lookup "Metallica" and see what it really is?
edit on 7/27/14 by proob4 because: (no reason given)

Does that about sum up your thread?

believerpriest
getting one of them to "see" that pyramid, resulting in "so what, it's just a symbol" (re: the "child's play" pictures)
~$666
explaining a little more on what the "union" is all about & still having it dismissed as poppycock
~priceless


anyone else who's sitting on the fence
..that's a good way to get splinters in your bum

"does that tattoo on your arm mean you're a product too?"
see this comment & topic 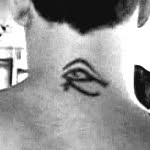 originally posted by: UNIT76
a reply to: opethPA


Dereck Riggs the artist all ways had a thing for triangles, arrow's and lot's of shapes. Look at his signature in all his work. Alot of artist do stuff like that. No biggie.