posted on Jul, 24 2014 @ 08:07 PM
link
Lagos is a megacity of 21 million people in Africa's most populated nation of 170 million people - and has a suspected case of Ebola. All the coverage pushes home the point that the patient is Liberian, not Nigerian. This after the doctor leading Ebola treatment in Sierra Leone became infected himself (lno protective gear? or is it airborne now?). ....Health authorities are racing to trace the man's contacts, and test them for the disease. Despite the headlines, test results aren't in yet.

The Lagos state ministry of health says a 40-year-old Liberian man, who arrived the state last weekend, is being tested for deadly Ebola virus, but no result yet.


Liberian man in Nigeria's Lagos being tested for Ebola

A Liberian man in his 40s is being tested for the deadly Ebola virus in Nigeria's commercial capital of Lagos, a megacity of 21 million people, the Lagos State Health Ministry said on Thursday.

Ebola has killed 632 people across Guinea, Liberia and Sierra Leone since an outbreak began in February, straining a string of weak health systems despite international help.

This would be the first recorded case of one of the world's deadliest diseases in Nigeria, Africa's biggest economy and most populous nation with 170 million people.


Liberian man in Nigeria's Lagos being tested for Ebola

This after the doctor leading Ebola treatment in Sierra Leone became infected himself (lno protective gear? or is it airborne now?)

Their "protective gear" is only as good as procedures while using it. Ebola is not airborne in the classic sense yet. Although you can get it from someones sneeze or cough from the particulates in the air from that sneeze or cough. Problem with the bug is if you are sick with it you may go to the doctor… and that shuts down the medical facility due to quarantine.

….Health authorities are racing to trace the man's contacts, and test them for the disease.


What a nightmare. Everywhere he sat, slept, everything he touched…

Despite the headlines, test results aren't in yet.


Samples gathered need to be cultured and then comparative analysis done with microscope and dyes. This can take days. Lots of things appear Ebola like both symptoms and thru the eyepiece.

How long had the man been working without adequate break and under what conditions? No gear in the world will save him from himself. Accidents happen and it's only a matter of time. As much as there's a lot of crap in the movie but the part where she's exhausted and sticks herself through the glove with a contaminated needle and gets sick if pretty accurate and true to life.

....Lots of things appear Ebola like both symptoms and thru the eyepiece.

True - but some cases assumed to be Lassa or Dengue or something else just might be Ebola. ....Testing is not routine until an outbreak or epidemic hits.

PS. Your map shows where the epidemic started but does not show Nigeria. Here's a better view. 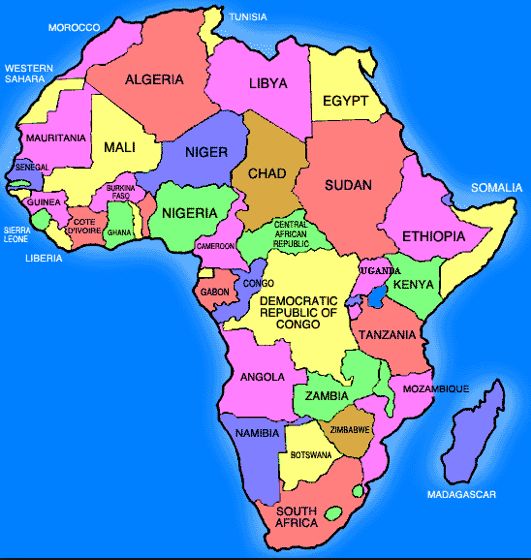 This report is NOT about the Sierra Leone doctor who became infected - it's a completely different person, geographic location (Nigeria) etc.

...and fyi - the health workers have had the highest casualty rates since this whole thing started - long before the doctor succumbed.


This report is NOT about the Sierra Leone doctor who became infected - it's a completely different person, geographic location etc.

So why did you include the doctor in the OP?

Because I'm suggesting this strain may have become airborne, which might help explain both cases. Everyone is in denial but this came out in April:

Ebola Airborne? Spreads From Pigs to Monkeys Without Contact

Testing is not routine until an outbreak or epidemic hits.


Once Ebola comes out to play (even one case) it is like no other. Especially Ebola Zaire. Nastiness cubed.

I should have said early symptoms are flu like and so many other illnesses. But there is no mistaking a victim who "crashes and bleeds out".

Ebola virus victims usually "crash and bleed," a military term which literally means the virus attacks every organ of the body and transforms every part of the body into a digested slime of virus particles. "Ebola does in ten days what it takes HIV ten years to accomplish," wrote Richard Preston in his best-selling non-fiction book "The Hot Zone."

Testing is not routine until an outbreak or epidemic hits.


Once Ebola comes out to play (even one case) it is like no other.


Actually, reports suggest there is some confusion between the hemorrhagic fevers, and that Ebola has been mistaken for Lassa. The worst are Lassa, Marburg and Ebola but Africa's medical system leaves much to be desired and few facilities have the ability to test for different hemorrhagic fevers, never mind for different strains. ...You did catch that this one is a new strain and not Zaire Ebola, right? Seems it doesn't always present typically either.

The viral haemorrhagic fevers (VHFs) are caused by four types of RNA virus:

Of these, Lassa fever, Marburg HF and Ebola HF are the most significant.

posted on Jul, 24 2014 @ 11:10 PM
link
The Ebola issue worries me. Disease and pestilence will only increase as ice melts and there is more sitting water for insects to breed.

Actually, reports suggest there is some confusion between the hemorrhagic fevers, and that Ebola has been mistaken for Lassa.


Understood about the confusion. Thats why the CDC has that little freezer in their basement. It contains every heretofore discovered virus to make comparisons. In the early stages Ebola mimics other diseases and misleads doctors until the end. When you bleed from every orifice (pores even) thats when the doctors send little vials in the mail to the CDC and a few other accredited labs for analysis. Meanwhile, every one in close proximity of the victim becomes suspect and all the people they have contact with, etc.

Even Malaria is confused with Ebola in the beginning, too. Once confirmed however even one case is considered an outbreak (micro break) and starts officials to worrying about more cases. Highly virulent with a long incubation, Ebola is considered a slate wiper.

Watch out world. Until they get a handle on this (and cases keep slipping the net and show up elsewhere like you brought) we are in a pickle with Ebola.

If you haven't read the Hot Zone, give it a whirl. Unusually page turner.

What majes it even more dangerous is that the people dont believe in ebola. They think its a government conspiracy to get aid and end bushmeat.

That was a very specific strain, which was only pathogenic in primates, not humans.

Not looking good, is it? Had an eye on this since March.

The hop to Nigeria is shocking in the distance traveled from the previous 3 countries with confirmed cases.

I think a lot of the problem with the healthcare professionals contracting it lies in the fact that they're under-staffed, ill-equipped, and over-worked.

That was a very specific strain, which was only pathogenic in primates, not humans.

Humans are Primates and Ebola Reston is pathogenic in Humans it was just asymptomatic. The other strains likely spread the same way.

Many such cases are NOT sent to the CDC -or the WHO for that matter- for further testing. That's why some believe Ebola May Have Been Smoldering for Years - just like H1N1 percolated for years in US hog barns before starting the 2009 pandemic in Mexico.

Patrick Sawyer, the man suspected of carrying Ebola to Nigeria, has died. He was attending a conference in Nigeria before his quarantine. He was exposed to Ebola when caring for his sister (who died) - his rapid death strongly suggests he was positive for the virus.

FrontPageAfrica has been informed that Mr. Patrick Sawyer, a WASH consultant at the Ministry of Finance, who had been quarantined since falling ill after arriving in the Nigerian state of Lagos for a conference last Sunday, has died.


A consultant at the Ministry of Finance has become the first suspected case of Ebola reported in the Nigerian state of Lagos since the outbreak surfaced in Liberia this year. The Liberian was a member of a Liberian delegation attending a conference in Lagos when he reportedly began exhibiting symptoms of the deadly virus.

It's genetic profile should be very interesting .

Is this strain unique or the same as an earlier strain .