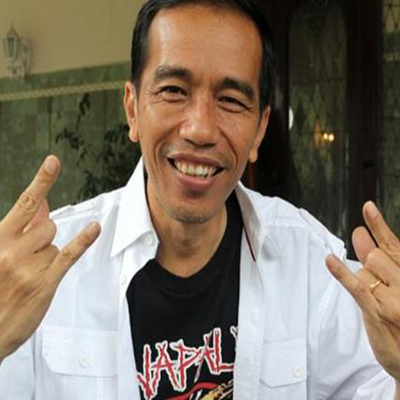 Joko Widodo, the new Indonesian President is a hard core Metallica fan. As far as I know he was born with a plastic spoon in his mouth, if indeed there was a spoon at all.

And from the source;

the son of a wood-seller, is seen as a clean break from the authoritarian past and a champion of better social welfare for the poor

If this story is not a breath of fresh air, from a political point of view, I ain't ever sucked one in.

It's even more remarkable in that in the most populous Muslim country, he isn't a Muslim.

I know the election is being contested through the Constitutional Court, however I believe he will prevail and the result will stand. Personally I find this a truly remarkable result and wish him and the Indonesian people my sincerest best wishes.

posted on Jul, 23 2014 @ 03:17 AM
link
His name is fun to say. Just the sound of it makes me want to smile. Joko Widodo. Sounds like a benevolent character from a Star Wars movie. I hope all goes well. I noticed he is wearing a 'Napalm Death' shirt in that photo. Kick ass!
edit on 23-7-2014 by skunkape23 because: added

If he is a Metallica fan, all is well! I do not think we have anything to worry about with this guy. I like him already.

posted on Jul, 23 2014 @ 04:09 AM
link
Wouldn't you love to be the first person to ask,
*ahem* Mr.President, *clears throat and taps on microphone*
on behalf of the people , we need to know, what do you think of
old Metallica compared to new Metallica? And just what the hell was up
with that 'Reload' album, sir! The People need answers!

More outrageous than that is the likelihood of a legitimate and straight forward answer. Jaw hits floor !!!!!.

The answer is easy.

9 years of awesome, 20 years of garbage. Sad to say the least.

posted on Jul, 23 2014 @ 05:07 AM
link
'And Justice For All' was the last Metallica album I liked. They kicked ass until they got rich. 'Kill'em All,' 'Ride The Lightning,' and 'Master of Puppets' were awesome. Cliff Burton was a great loss to the band. 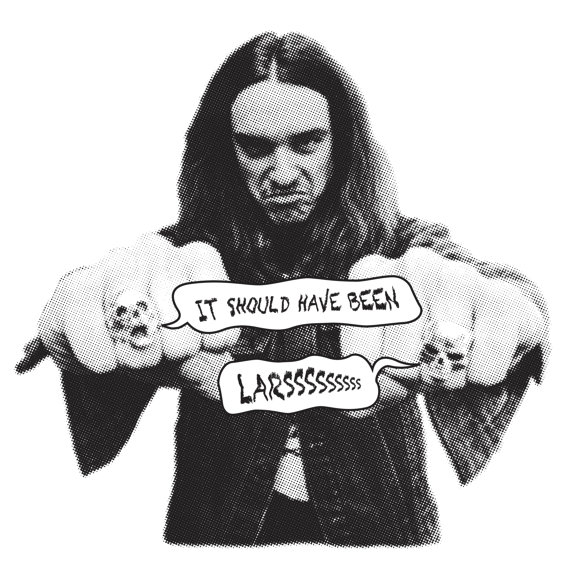 Yes, it should have been!

I for one would like to add my support of this new Indonesian president to the sentiments thus far expressed. We are all brothers and sisters under the banner of Heavy Metal, and it swells my heart to see our brethren making such stellar progress. Kudos to him, and to his nation.

posted on Jul, 23 2014 @ 06:04 AM
link
Didnt even have a plastic spoon .. he is quite down to earth and very popular with the indonesian people .. good to see them finally get a leader that will actually help the people ..

To be fair, they've done the best rendition of 'Die die my darling'
by The Misfits that i've heard, and that was in 97, so I guess the best
thing I can say about Metallica is that they became a good cover band?

Beyond all that , doesn't it strike anyone else as weird that the only guy
that's supporting social reforms and trying to help the poor, is the guy
wearing the 'Napalm Death' t-shirt and listening to metal, while the
military is trying another coup de tat and all the religious are killing people
in record numbers. Strange thing about life, things are not what they first
appear to be.

(I don't know how to post youtube vids when i'm drunk, but it's a good cover,
look it up)

Oh I'm definitely familiar with it. They also do a solid Bob Segar cover on that one as well.

The funny thing about Napalm Death is they're very political in their lyrics, as are a lot of metal bands. Listening to "Fear Emptiness Despair" as I write this. Great effin' band. We need more metal heads holding public office. I'd love to see Judas Priest play an inauguration ball.

I abstain, summon my pride?
What pride lies behind blinkered eyes?
Your vigilance is s**t, "The lads together"
You'll fall, smug complacency, notions of reserving
The right to think with your fists

I abstain from this mundane apathy
Committed to, "All for red, white and blue"
In effect you're fighting for what's really fighting you
"Grit those teeth, push out those chests"

Tears only for the flag, always the brave patriot
As you slip to second class, but you stand steady fast?
People are not subjects, why should the few get more respect?
Open your eyes, imperialism feeds off you not patrons

You're trapped with, "Pomp and circumstance"
Lose your discretion, soon, you'll not fall from grace endorse
Their rhetoric you fade, they prosper, I abstain
Don't be a colonial slave, don't substantiate the act

posted on Jul, 24 2014 @ 05:08 AM
link
Nice Luciferian salute by the elected leader! Other than that a taste for heavy metal would seem indicate what?
Aggression maybe. Why is his taste in music even important from a political point of view, I didnt realise ats had so many metal heads!