The Cursed Paradise of Palmyra Atoll

page: 1
33
log in
join
share:
cleverhans
+8 more
posted on Jul, 19 2014 @ 09:47 PM
link
I came across this article about a remote, uninhabited atoll with a mysterious and eerie past.
I had never of Palmyra before. It is located in the middle of the Pacific about 1,000 miles south of Hawaii. 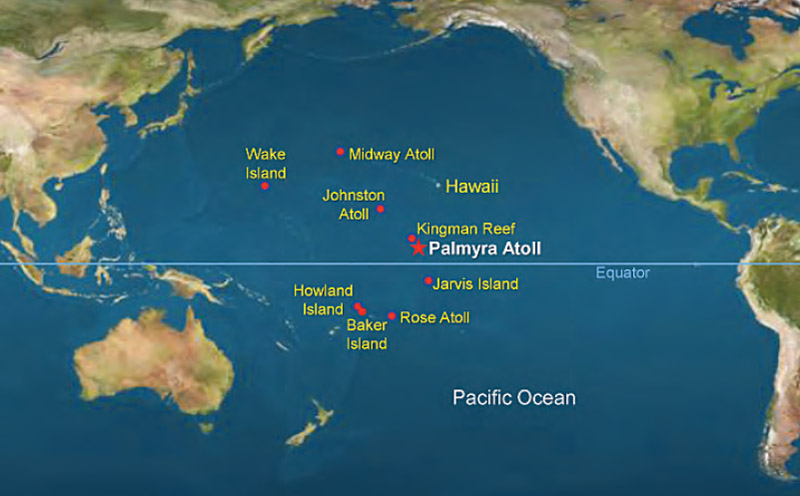 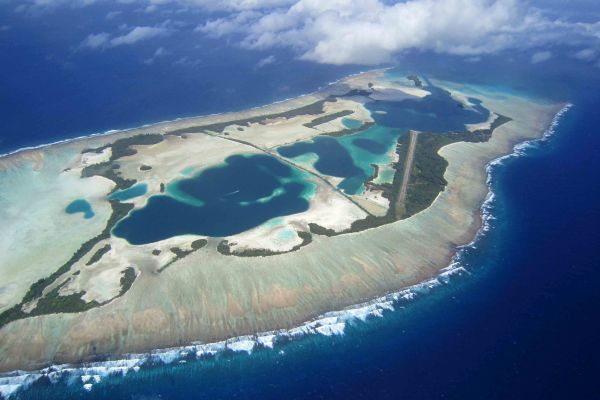 It's a bit lengthy, but here are some highlights -

Palmyra quickly gained a reputation for being a place of strangeness and menace. Passing boats reported that ghostly lights could be seen flittering about on the then totally uninhabited island, and the surrounding seas were said to be infested with vicious sharks and mysterious sea monsters. The perilous reefs around Palmyra were also notorious for wrecking ships. Those who avoided such fates often spoke of how the reefs almost seemed to spontaneously jut forth from the sea where there was nothing moments before.

Mysterious tales of wrecks upon the atoll and their survivors abound. One such case occurred in 1870, when an American ship, the Angel, crashed against one of Palmyra’s reefs. A group of survivors apparently managed to make it to shore, but would never live to tell the tale. When another ship later made a brief stop at the island, the bodies of the Angel’s crew were found strewn haphazardly about the island. All had been violently killed, yet the exact causes and perpetrator of the brutal murders remain unknown.

Survivors of such wrecks who managed to make it to shore on Palmyra and live long enough to recount their stories claimed that the forests were home to shadowy beasts that watched from the cover of trees and that the trees themselves seemed to whisper and creak in unsettling ways. The sea life was said to be poisonous to eat, and there was a staggering number of highly aggressive sharks prowling the waters there.

...One yachtsman who conducted geological surveys of the island had this to say about Palmyra: The island is a very threatening place. It is a hostile place. I wrote in my log: “Palmyra, a world removed from time, the place where even vinyl rots. I have never seen vinyl rot anywhere else.” Palmyra will always belong to itself, never to man. It is a very forbidding place.”

...Yet another seaman who spent several weeks on Palmyra claimed:
There was something definitely off about the place. I had the feeling I did not belong there. I had the unmistakeable sense that the island did not want me there, if that makes sense. I felt somehow threatened, and as the days went by I had the growing feeling that I had to get out of there as soon as I could before something bad happened to me.

It was also used by the US Navy during WWII.


In addition to this roiling wave of fear and aggression amongst the men, there were other bizarre occurrences. In one instance, a patrol plane went down over the island, leaving a trail of smoke as it fell from the sky. An ensuing thorough search of the entire island turned up absolutely no trace of the missing plane or its crew, not even so much as a scrap of metal or a bolt. One of the commanding officers at the time said it was “like they’d dropped off the edge of the earth.”

...On another occasion, a plane took off and mysteriously changed direction after climbing a few hundred feet, flying south when it was supposed to go north. It was broad daylight and clear conditions, with an experienced crew, so no one was sure just how such a thing could happen. The plane flew off while ignoring all attempts to signal it and was never seen again.

Then there is the well-known story of the Sea Wind murders that occurred in 1974.


In 1974, Palmyra was the site of the double murder of a wealthy San Diego couple, Malcolm "Mac" Graham and his wife, Eleanor "Muff" Graham.[23] The mysterious deaths, murder conviction of Duane (“Buck”) Walker (aka Wesley G. Walker) and acquittal of his girlfriend, Stephanie Stearns, made headlines nationwide...
...Walker and Stearns were arrested in Honolulu in 1974 after returning from Palmyra aboard the Sea Wind, a yacht stolen from the Grahams. Because no bodies were found at the time, Walker and Stearns were convicted only for the yacht theft in August 1975. Six years later, a partially buried corroded chest was found in a lagoon at Palmyra, containing Eleanor Graham's remains. Walker and Stearns were arrested in Arizona for murder. Walker was convicted in 1985. Stearns was acquitted in 1986 after her defense argued that Walker committed the murders without Stearns's knowledge.

It's unfortunate as it really is a beautiful place, but looks can be deceiving. 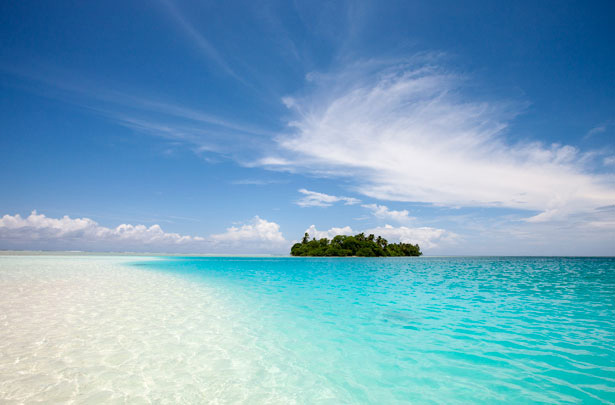 Very cool article, thanks for bringing it to our attention! If the US government wants to sell the atoll to me cheap, I'm not afraid

I wonder if the dread stems from being on a tiny strip of land smack dab in the middle of nowhere?

I love a good sea mystery! Thanks for peppering ATS with something off the beaten path!

Could there be some sort of electrical phenomenon occurring?

Need to get Survivorman out there.

So many places in the world where the strange and unbelievable still happen makes me think maybe there is an element of truth to the old fables.

Or that might just be the little kid in me still hoping to meet the little people.

The creepier the better. Star and Flag.

S&F'd
you little ripper
(finally..)
..so THIS is probably that mysterious & deadly island referenced by the film "life of pi"
i'm building a topic on the movie, this is going to be a nice reference link, thanks!

posted on Jul, 20 2014 @ 12:35 PM
link
Thanks for the interesting thread. I have never heard anything about this island so it is now time to research!

posted on Jun, 6 2015 @ 03:24 AM
link
To all of you that have never herd of it before. You should watch the movie "World Safari" starring Albi Mangles


Travellers are permitted to visit the refuge by private boat in certain circumstances. Visits must have prior approval.
The Kingdom of Hawaii claimed the atoll in 1862, and the US included it among the Hawaiian Islands when it annexed the archipelago in 1898. The Hawaii Statehood Act of 1959 did not include Palmyra Atoll, which is now primarily privately owned by the Nature Conservancy with the rest owned by the US government and managed by the US Fish and Wildlife Service. These organizations are managing the atoll as a wildlife refuge. The lagoons and surrounding waters within the 12 nm US territorial seas were transferred to the US Fish and Wildlife Service and designated as a National Wildlife Refuge in January 2001. A new international climatology research station began development in 2005.


One Stanford research project uses satellite tags to plot movements of manta rays within the lagoons and beyond. In another, researchers use satellite images and don rubber boots to map reefs, sandbars and algal flats. Dunbar's group drills core samples from 200-year-old corals to plot water temperature and rainfall all the way back to when the atoll's namesake, the American ship Palmyra, wrecked on its shores in 1802.

There is power in every cabin, lights and a fan overhead. All this is connected to a generator nearby.

There's a laundry, showers, flush toilets and a septic system. A galley with a cook keeps everyone nicely fed and there's a full scientific lab, which is the only building on the island with air conditioning.

Tommy Adkins lives on Palmyra and he's the person who keeps things running smoothly on the island.

"On a good day, it's just making sure everything's working and running correctly. On a bad day, three or four things have hiccups and need repair, and usually they need repair all at once," Adkins says.

Adkins also is the man to turn to when for fresh fish. He takes a boat out to look for tuna. They're outside the lagoon — and weigh some 60, 70, or even 80 pounds.

To Visit Palmyra, Get in Line

There are only a few ways one can experience Palmyra.

The Nature Conservancy keeps a list of would-be volunteers to work on the atoll and hires some skilled people, like Adkins.

Very lucky students also, at times, make visits. Some who make it onto the island get a berth on the "Robert Seamans," a schooner, owned by the Sea Education Association and chartered by Stanford University for a marine studies seminar.

Recently, about 30 students, along with a half dozen professors, sailed into Palmyra to study the reefs, the marine life and the birds.

Dude I want to volunteer to study coral on the island that would be an amazing experience. I just talked to someone who just got back from a similar research trip a few months ago in moorea studying fish diversity. Her job was to snorkel around all day noting which kind of fish she saw. I want to do that!!!

Somebody please point me to a way to get on board a project like that.