False Flag : Australian Family Has Been Hit By Both Malaysian Airlines Tragedies

"Irene and George Burrows, from Biloela, are still mourning their son Rodney and his wife Mary who were on Malaysia Airlines Flight MH370, which disappeared without trace over the southern Indian Ocean in March.

They are now grieving for another family member with their step-granddaughter Maree Rizk and her husband Albert from Sunbury near Melbourne among the Australians on flight MH17.

All the recovered passports look too clean. Second there is a passport with a perfect round hole in it. These holes are punched in invalid passport which can't be used for traveling anymore. 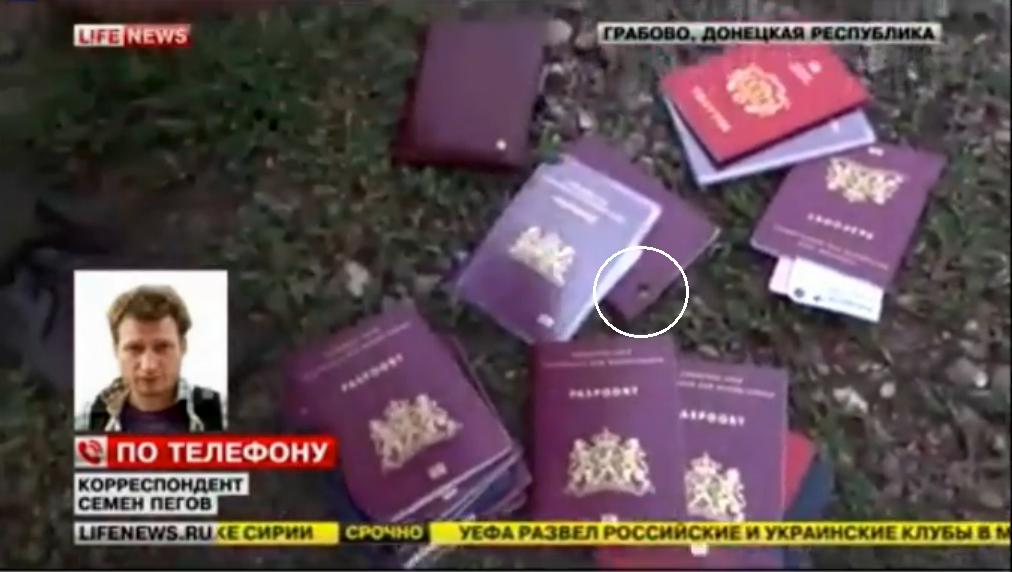 Odds of the two most recent major air tragedies being from tiny subset ( Malaysian Airline have total 12 Boeing 7777) of the world's passenger fleet pool (40,000) ?

That means for this to happen twice it requires a selection of the same random pool twice.

Roughly one in 11 million.

The odds become even more extreme if you factor in the two disasters have occurred within a few months of each other.

I'd imagine though that the odds of the same type of plane from the same airline having such extreme disasters within months of each other is in the order of 1 in a trillion or even higher.


Please note : I don't count the odds of same family hit by both Malaysian Airlines tragedies. They could be a CRISIS ACTORS !
edit on 18-7-2014 by awakehuman because: (no reason given) 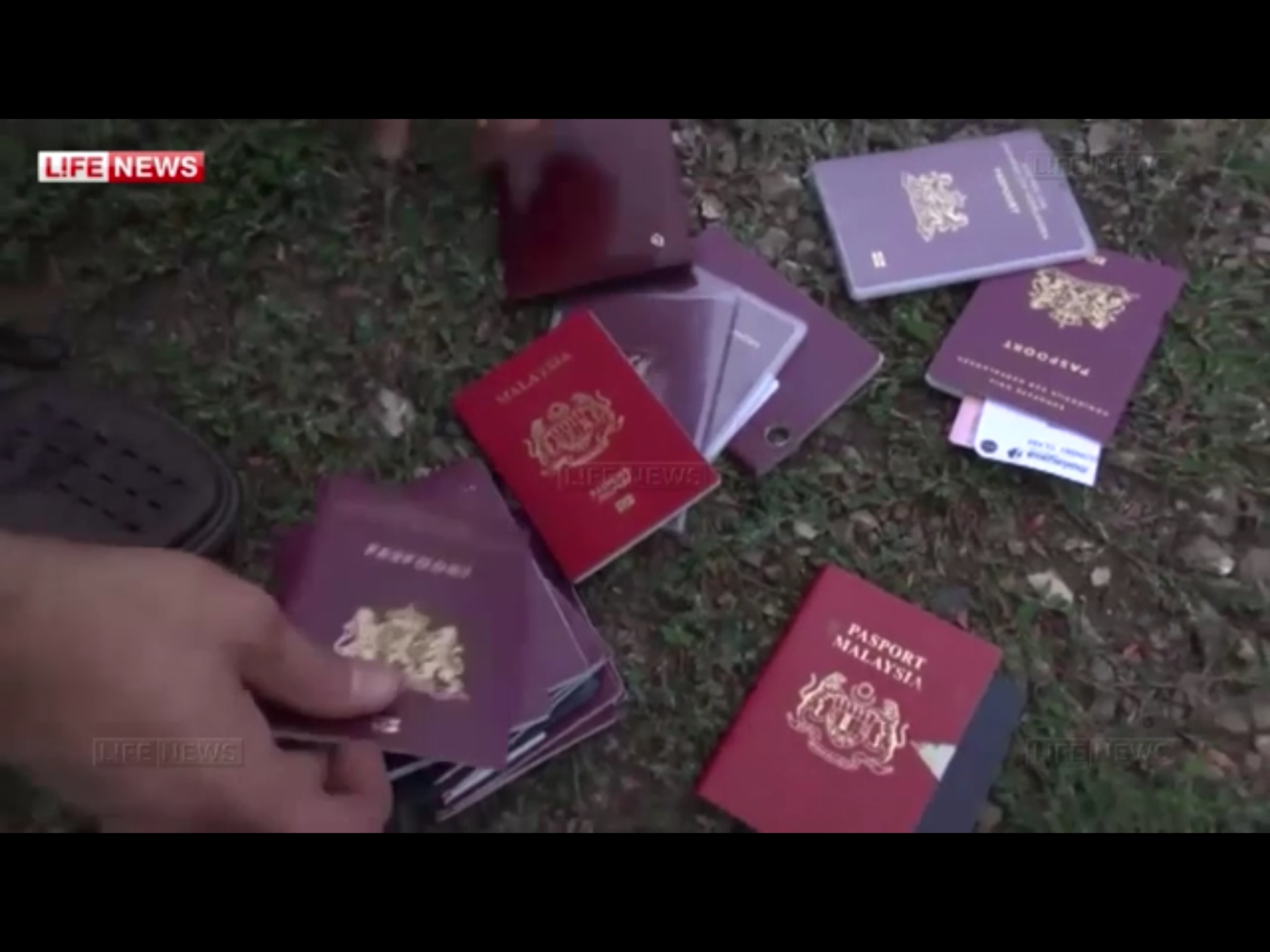 posted on Jul, 18 2014 @ 04:07 AM
link
I agree with you about the odds, so can you please tell me if you are experiencing a news blackout of American stations at this current moment.

I am concerned that the Emergency Broadcasting Network has come into play.

All I'm getting is still images on US channels.

And no one is responding to my posts.

Your odds are a little skewed. Chances of your car blowing up in a collision are a lot higher in a Ford Pinto, than a 2014 Volvo.

Not sure why anyone in this family would fly with MA again though, that's just weird...

Working fine as far as I can tell. Its pretty early here though, everyone I know is still sleeping or just getting up.

Hey psynic, just responding to let you know that people hear you. This is a tough and scary time, please keep being you and sharing your truth.

Hey psynic, just responding to let you know that people hear you. This is a tough and scary time, please keep being you and sharing your truth.

All I have are questions.

Putting away my tin foil hat...

can someone explain false flag to me please

posted on Jul, 18 2014 @ 06:59 AM
link
false flag is something that happens which is explained by the powers that be (tptb) as being one thing, when in fact it's been planned by them for ulterior motives.
for instance - a plane crashes, and it's stated that it's shot down by Russian ground to air missile. Blame is laid where we're told it should be (but in actuallity it's govt shadow black ops, working to make it look like something it's not - to justify later action.
Russians shooting down passenger plain - increases bad feeling towards Putin, allows US to suggest sanctions against Russia/Ukraine, or something along these lines.
Always look where the money is, or what else is happening somewhere less obvious and not reported...
also it could be a cover up way of getting rid of someone on the plane needed out of the way...?
(AIDS/HIV conference people?) - or it could be 'accident - supposed to shoot down Putins plane'
Like in the film 'The Shooter' where Mark Whalberg is set up as someone who tries to assassinate the presidnet when in actual fact the real victim was the African president/prime minister who was actually killed - to allow US involvement in African situation.

re: passports with holes/cut edges, yes they're expired or replaced passports, however it's common that if you've replaced on recently you need to carry the previous one with you (especially if you booked the ticket under the old passport) - also some countries require you to carry all previous passports, or some people just do anyway.
reason they're clean is that they'd have been inside people's carry on luggage, or pockets.
odd that they were found and collected together so quickly, but this is likely to be something done to work out who was on the plane.

I'm not necessarily seeing a conspiracy here with what you've got, but there are other things that don't look right


Visas that are still current, despite being in the old passport these visas are generally still valid. Also carrying an expired passport on your person whilst traveling makes the process of obtaining a replacement much easier if current passport is stolen. All is dependent on which country you are in, some countries are more stringent than others.

Also some countries will not allow multiple-entry visa to first-time visitors into their country, therefor having evidence via an old passport that it is not your first time visiting helps prevent refusal at customs. Another thought, some passport holders may be returning home and have had to renew their passport overseas.

In regard to 'false flag' I disagree. Both Maree Rizk and many other Australians on the devastating M17 flight were decent, everyday Australians who contributed to society. Mrs Maree Rizk of Victoria and her husband Albert lived in Sunbury for more than 20 years and had two children. They were returning from a month-long Europe holiday. Family state that they missed an earlier flight and ended up on the doomed MH17.

Malaysian flight MH17 bound for Kuala Lumpur - was to then become MH129, bound for Melbourne airport and was scheduled to land at 2025 hours. This connecting flight explains why Australia had the third largest number of nationals on board with 28 people.

Australians and New Zealander's are frequent flyers overseas, it is also school holidays hence why there .

can someone explain false flag to me please


In reality a False Flag is rare and easly seen through but, used as a pretext for a much larger event that makes everybody forget about it the course of larger events. For example the Germans used prisoners to dress up as Polish troops and attack a radio tower as pre text for the invasion of Poland that started as soon as it happened. It is a easy to so see it was a set up but, nobody cared because a much larger event over takes it making such questions irrelenvant. The illusion a false flag creates is not intended to stand up to scrutiny nor is it ever complex. So if you wanted to call the shoot down of the Malaysian plane a false flag it would have been quicly followed by say an invasion of Ukraine or a NATO invasion of Russia so that later when it became clear it was a false flag events would have swallowed it up so that nobody would even remeber the event to beging with.

At ATS every event in human history is a false flag. They involve thousands of people, complex and crazy planning and exexution, are done so well no proof is ever found and the "false flag" never leads to anything. Here at ATS a extremely rare event like False Flag happens 5 or 6 times a day.

You don't think that hole could.. you know just be damage?

I don't imagine the passports would get particularly dirty?

And what would the false flag be?

The last real false flag I believe we have seen were the gas attacks in Syria. A false flag is doing something, like making an attack, that appears to be by one group so they will receive the repercussions. Like ( just for an example i'm going to use absurd participants) an Iraqi attacks Russians while wearing a Chinese military uniform and speaking Chinese so the Russians will retaliate on the Chinese. Usually the one the attacker (iraqi) disguises as is the attacker's enemy so they receive retaliation without the attacker having to mount it. Sometimes though it could be a random third party simply because they false flag attack was the intended attack and the false flag is just a cover so they don't receive retaliation (and they just don't care if someone else does - usually they pick someone they don't like - humans generally have more than one group they don't like at one time.
edit on 18-7-2014 by GogoVicMorrow because: (no reason given) 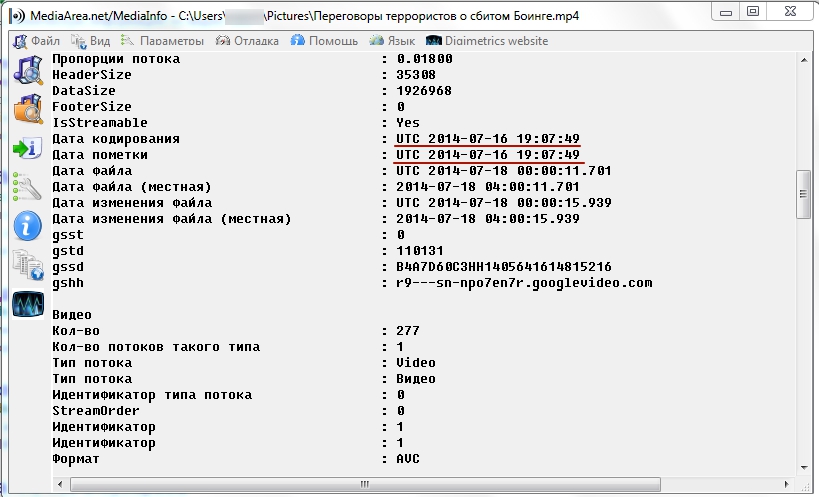 
Your odds don't take into account that KL is a major hub for Australian Travelers.
All our discount airlines use KL as a hub, therefore it would make sense that Australians in general would use KL and Malaysian Airlines.

I've been through Ukraine, Traveled, backpacked and my flight came back through KL. Plus, the family member who died is a step grandson or something 6degress of separation like?

However, the passports.. that made me look twice.
How can the plane disintegrate and explode into flames and none of the passports look singed?
I can only imagine that bodies must have been sucked out and dropped to the ground away from the aircraft, these passports were found on them or in carry on luggage that was also sucked out before the flames.

Oh thanks all, so like 911 were they used planes to kill certain people to cover stuff up and then blamed it on terrorists to invade the middle east and take over oil and what not that was like a 2 in 1 false flag attack yes? Also the effects sre still being felt today right...

posted on Jul, 18 2014 @ 09:21 AM
link
Are you kidding me? "World's sh***iest karma/luck" no longer exists or something for people that endure stuff like this? Give me a break, someone, somewhere, is bound to face an experience something like this. Life is a big fat game of chance, and chances are someone's going to be extremely unlucky now & then.

False flag my butt. Talk about the simpleton's go-to explanation. Or the doom porner, it seems those who can't wrap their minds around tragedies these days are the ones chomping at the bit for disasters to happen in the first place.

Holy crap, is this guy part cat or something?! Used up 8 of those 9 lives in his life!