Is the MH17 shootdown/crash in Ukraine really a false flag with MH370?

originally posted by: havanaja
a reply to: yeahsurexxx
A ‘big smoking hole’ like the one not made by the 911 flight 93 in Pennsylvania!


And that folks is what we call trying to derail the thread. Nice try truther.

I don't think so OP, RIP to those lost in both tragedies.

"Blaming the pro-russian separatists in Ukraine"

I can't be the only person who thinks they are a fabricated entity to begin with and deserved a tomahawk on their position a long time ago....

You wouldn't need a false flag to incriminate them, they do it to themselves

It was reported last month that Seperatists captured a BUK last month from a Ukranian army base they managed to overrun.

The Seperatists are not just ordinary people with guns - they have proper military people in their ranks. It's not beyond the realms of possibility at all that they have people capable of operating a BUK.

And that's even before the possibility of Russian involvement.

I didn't know about the report that the separatists may have captured a BUK system. Thanks.

...They may possess the weapons system, but lack the geopolitical sophistication to understand that it is just plain wrong to use it against a civilian target. Or even if the leaders of the separatists are sophisticated enough, they may not have a good enough command-and-control of their people in the field to prevent them from accidentally, or even purposefully, firing on an airliner (accidentally due to misidentifying it as military plane).

posted on Jul, 17 2014 @ 02:23 PM
link
So what you're saying is that the ~600 civilians that were on these two planes have managed to keep their mouth shut about being randomly selected to take part in a false flag? Somehow I don't think that's likely.

No.
I don't think MH370 passengers and crew are alive.
Mankind has done worse things.

how far away is this happening?

how wide would this contrail be?

Is it just too pixelated?

That doesn't make sense. But to steal a plane, kill everyone then fly it into the ground losing another 300 souls blaming Russia, makes sense.

You're not the only one who thought this. And I expected more discussion of it on ATS.

But there's very little. And this thread derails rapidly.

posted on Jul, 17 2014 @ 07:02 PM
link
I am not even going to pretend to know what went on with the missing malaysian flight but things are very weird lately involving these planes,

too many coincidences for my liking.

posted on Jul, 17 2014 @ 07:36 PM
link
Happened on the anniversary of the flight 800 crash in 1996 off Long Island. This one appears international but I guess we don't have any local ATSers from around the Ukraine crash site area. Don't have time to reread all the posts in the reaction thread for clues.


I agree. Also, what are the odds of losing two Malaysian airlines...

You guys are thinking way too complicated.

originally posted by: aLLeKs
The part I don't get is:
Why replace MH17 with MH370??
Why not just plant explosives on MH17, which would be an easier option than hijacking plane 1, place explosives, exchange it with plane 2.

You guys are thinking way too complicated.

That's a good looking question. Why would you?? Why go through all the trouble? So I sat back for a few seconds and the only thing that comes to mind is, it's nearly impossible to get away with retrofitting a plane in its own hangar. At its own airline. So, you would have to steal one. Who is capable of stealing a 777? Zaharie Ahmad Shah can.


I agree. Also, what are the odds of losing two Malaysian airlines...


The odds are astronomical. The Boeing 777 factor is equally puzzling. Prior to this year, the 777 was the second safest passenger jet flying. 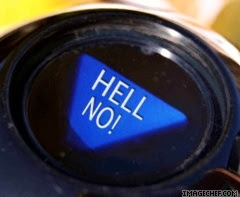 originally posted by: Xcalibur254
a reply to: yeahsurexxx

It is a conspiracy theory, it is not meant to make sense..