Is the MH17 shootdown/crash in Ukraine really a false flag with MH370?

So I opened the link and started reading.
It wasn't long until my mind linked this with the MH370.

To check it out i googled for an image of this MH17
-Got it. 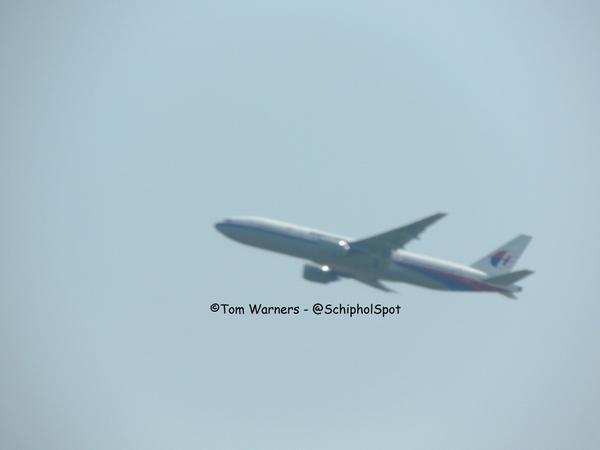 Then ofcourse i googled for an image of MH370.
-Got it! 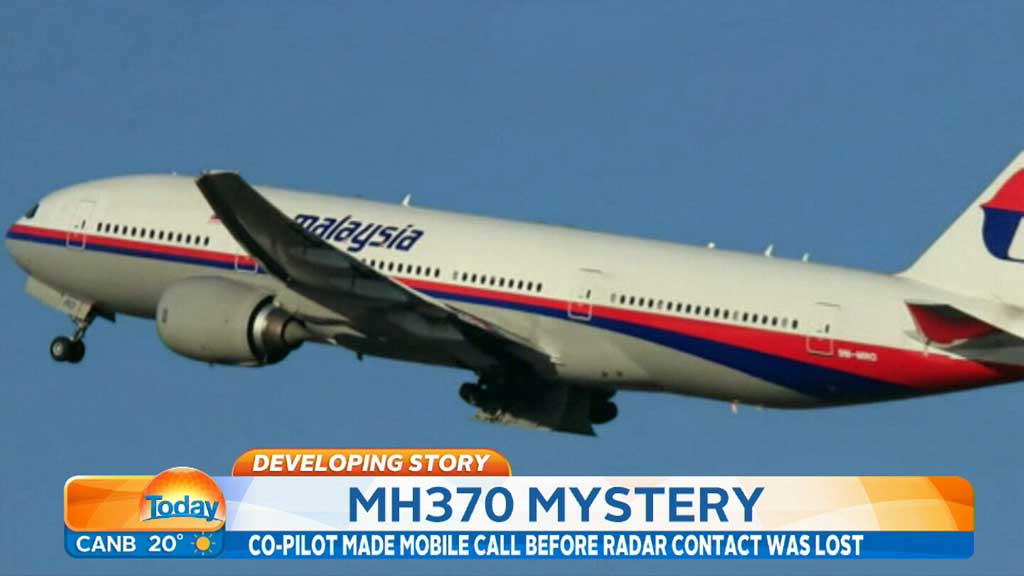 Loooks kind of similar yes, but ofcourse
it's a plane from Malaysian Airlines so nothing funky here right?

But the thought about this did not stop here.
This spring we have seen one of the biggest tries to start WW3
with Ukarine joining Europe and taking their loanes from TPTB.
Big psyops as usual in these cases .

Isn't it a great way to rig a plane with explosives.
Fly it over a "warzone" and then "crash/blow" it?
Blaming the pro-russian separatists in Ukraine who earlier this day
stated they had the capability to shoot down planes?(on twitter if anyone has a link then fill me up!)

Yes the plane was boarded in Amsterdam.
This does not prove the case that it must be the MH17.
It could be the mh370 rigged with explosives.

Just gotta get this of my chest.
Sorry for misspelling.

Am I out of the blue with these thoughts?


edit: I just heard some roumurs about some passports being found near the wreck.
The last time ppl found passports was 9/11.... just saying.

Coverups used to be very involved, detailed and believable- now, they just throw a little 'dirt' on the subject, know it isn't even moderately believable- and don't even seem to care.

It almost seems like they WANT us to know that we no longer have any say in what happens to us, or the world around us.

Yes, disclosure is coming. No, it has nothing to do with 'aliens'.

What isn't a false flag on ATS?

The weapons system needed for an attack like this would need a heavy vehicle (possibly tracked) for the missile, a mobile radar array to track targets and guide missiles and a suite of some sort with the missile controllers and computer systems inside.

It doesn't really sound like these "rag-tag separatists" could easily get equipment like this and properly maintain and deploy it with properly trained personnel. Does this mean it is linked to Russia, I don't know, but I do know the current line on the separatists shooting this aircraft down doesn't add up.
edit on 1772014 by DodgyDawg because: (no reason given)

posted on Jul, 17 2014 @ 01:30 PM
link
Obviously we'll have to see what happens, but a rag tag militia given access to surface to air missiles is the perfect recipe for mistakenly shooting down a civilian aircraft.

The passports thing is meaningless. The pictures clearly show intact bodies so there wasn't a massive, consuming explosion or fire. They will have simply been taken from the bodies or scattered hand luggage.

posted on Jul, 17 2014 @ 01:31 PM
link
My father is a Pilot and he says that if the info that has been released about the altitude of this flight says that the airplane was not flying down so this "discards" the army shooting it down for low altitude

posted on Jul, 17 2014 @ 01:32 PM
link
There are rumors circulating that the intended target MAY have been a plane carrying Putin. He was reportedly on an international flight at the time. Again, just a rumor I heard on CNN(really valid source huh)

i can see it all come together, Russia blames Ukraine, and Ukraine blames the Russians.
i am curious to hear about the black box, i really think it is shot down. i want to see how the EU will react to this, time for the netherlands so step the # up for once. the only thing what this country (netherlands) can do is promise things, and make nothing happens, until the U.S. say so.

Gettin tired of the bull#, IF it gets cleare who did it, IF it is shot down, nothing will happen, you will see...

posted on Jul, 17 2014 @ 01:34 PM
link
My personal theory says that the airplane got kidnapped and the government didnt wanted (or could) cooperate and decided to shoot it down and they wont say this because it will bring a lot of fear to the public

originally posted by: havanaja
a reply to: yeahsurexxx
A ‘big smoking hole’ like the one not made by the 911 flight 93 in Pennsylvania!

Looks to be a great bit more debris than the smoking hole you are suggesting...

Ths Dutch queen is a bilderberg super-attendee.
If this is a psyop she knowes.

posted on Jul, 17 2014 @ 01:46 PM
link
They usually develop false flag MSM stories with some transparency.
In area 51 they did extensive air battle with Russian pilots and used computer controlled drone aircraft as targets.
Some of the pictures of the MH17 debris look kind of dated, there should be some truth here somewhere.


Yeah the can know, but they wont act!

only my opinion, i live in this sissy country

originally posted by: DodgyDawg
The weapons system needed for an attack like this would need a heavy vehicle (possibly tracked) for the missile, a mobile radar array to track targets and guide missiles and a suite of some sort with the missile controllers and computer systems inside.

You are in fact correct.

A pic of the The BUK surface-to-air missile system which journalists observed yesterday in the hands of pro Russian militia. It is an old Soviet-built weapon designed to engage light aircraft, cruise missiles and drones. Defence experts had previously raised concerns that BUK could be used to target civil aircraft. 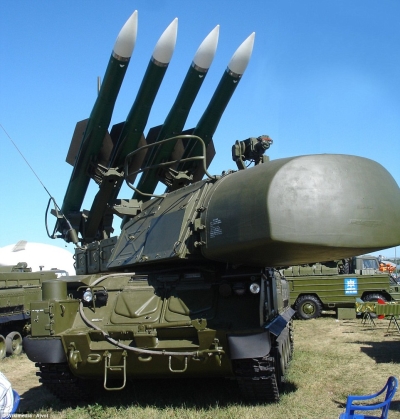 Back when MH370 went missing there was a lot of posts on this site and others about how the symbol of Malaysia Airlines is a trident. There were conclusions / speculation that the plane would somehow be used in association with the Ukraine situation because their country flag too has a trident symbol.

For the MH17 - same type of plane to go down over Ukraine is way too coincidental.

It doesn't really sound like these "rag-tag separatists" could easily get equipment like this and properly maintain and deploy it with properly trained personnel. Does this mean it is linked to Russia, I don't know, but I do know the current line on the separatists shooting this aircraft down doesn't add up.

Unless someone in Russia let the separatist group have one of these BUK missile systems.

Or maybe a separatist group got its hands on such a system through black-market channels, but that seems unlikely that Russia would not have caught wind of such a black-market deal. If that did happen, then Russia may have known about it, but chose to let them acquire the missile system, anyway.

posted on Jul, 17 2014 @ 01:58 PM
link
There are always possibilities. This incident was definitely deliberate. FlightAware is a great tool for long range target tracking. If your gonna commit an act of aggression like this, why not pick a target that's going to muddy up the waters of the aftermath? This flight may have been selected just like KAL 007 was selected. Th russians have already shot down KAL airframes before. MH370 is still in the news. If i decided to go 'rogue" and take out a civil airliner? Malaysian Air was in the "right" place at the "right" time if that makes sense. If this was the MH370 airframe, this is just going to get more interesting. I'm wondering what the Rolls Royce engine telemetrics systems have to say about what the engines where doing. Another instance of SBP (Suicide by Pilot?) Probably to early to tell. Would luv to start running the serial numbers
on the airframe consumables.