Over 60% of breads sold in the UK contain pesticide residues 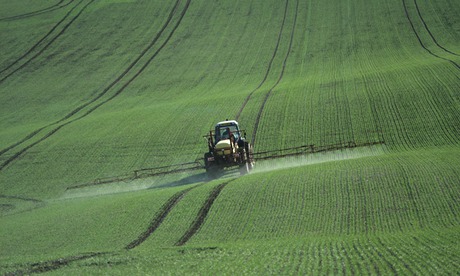 Over 60% of breads sold in the UK contain pesticide residues, tests show

Two in every three loaves of bread sold in the UK contain pesticide residues, according to a new analysis of government data by environmental campaigners. Tests on hundreds of loaves also showed that 25% contained residues of more than one pesticide.

The official tests are carried out by the government’s expert committee on pesticide residues in food (Prif) and the levels found were below “maximum residue level” (MRL) limits. The Prif experts concluded: “We do not expect these residues to have an effect on health.”

But Nick Mole, at Pesticide Action Network UK (Pan UK) and an author of the new report, said MRLs only indicate whether the pesticides had been applied to crops in the amounts permitted. “They are nothing to do with people’s health whatsoever,” he said. “There is the possibility of harm from the repeated ingestion of low doses of pesticides and no one has done research on the impact of the cocktails of pesticides we are all exposed to. We are all being experimented on without our consent.”


Well, I certainly wouldn't have expected that.

posted on Jul, 17 2014 @ 12:09 PM
link
Neo-nicatinoids were marketed as being amazing pesticides that stayed inside the planet and didn't contaminate land or ground-water with run-off. Thus they would only harm insects that bit into the plants.

When asked if this meant the grain these foods produced would also contain neo-nics, the smarmy spokesman I saw back in the day said yes, but only in such tiny concentrations that it couldn't possibly harm somebody with the body mass above that of an insect.

... thus side-stepping the issue of what happens when these toxins start to build up over a prolonged time in your kidneys and livers.

Suffice as to say it wasn't just because of the bees that I was extremely happy neo-nics got banned.

All veggies and fruits have stuff on and in them, its really not such a huge deal.

originally posted by: Biigs
...its really not such a huge deal.

That's an interesting scientific conclusion. By all means munch away...

Some of us seek to limit the ingestion of things clearly not meant to be eaten.

originally posted by: Biigs
You think that it messes you up or causes growth abnormalities? we have been using pesticides for YEARS, and i do mean years and years and years.


Yep, and we have a cancer epidemic thats NOT LINKED WITH ANYTHING....honest!

You just keep eating the chems matey, I'll stick with my organics

posted on Jul, 17 2014 @ 03:36 PM
link
It's know toxin. I don't want it even in small amounts. Hasn't been tested to see how it builds up in your system and the affect on organs over a long period of time. Fine all you that don't care eat the crap. But quit fighting labeling of toxins and GMO so those that don't want to be poisoned have a choice too.