Coming to a School near you, The Koch Youth.

Feel free to look it up at this LINK

I know what the rate was I was working then,nobody paid full freight on taxes,not the rich,not the poor,not the middle class.

posted on Jul, 17 2014 @ 10:15 PM
link
Honestly, I'm all for teaching kids the tools it takes to become successful in business, risk takers and good business leaders.....but after reading in to this a bit, it seems that they are not just teaching good business skills. They are injecting political ideology in to the mix and that is the very reasons so many of us despise the public school system.

So I cannot support this. If we are to be consistent,honest and dislike the political ideologies of the Left that creeps in to the public schools, we must feel the same about this.

I wonder if they give the kids little brown koch shirts? The major business schools are already spouting this - hmmm - stuff - now they want the kids.

I believe it was Ignaious Loyola who said give me a child until they are seven and they'll be mine for life - or words to that effect.

Tax breaks under nixon, reagan and bush!! where are the promised Jobs!


I think the tax rate was more like 70% in that ancient time.

And you really need to put up a combined graph of unemployment rates and tax rates. 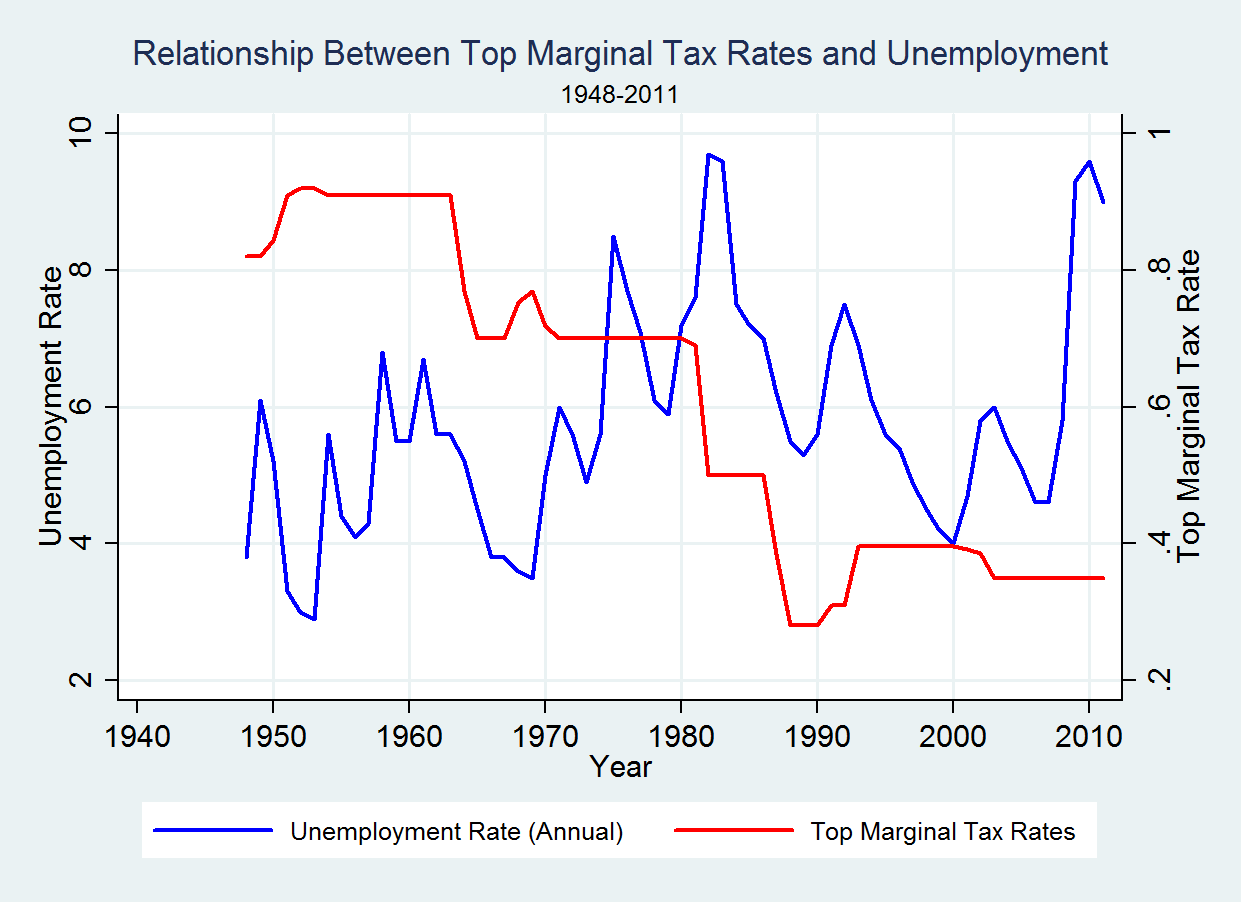 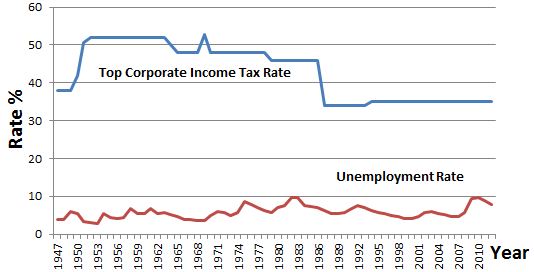 You may find this interesting too. 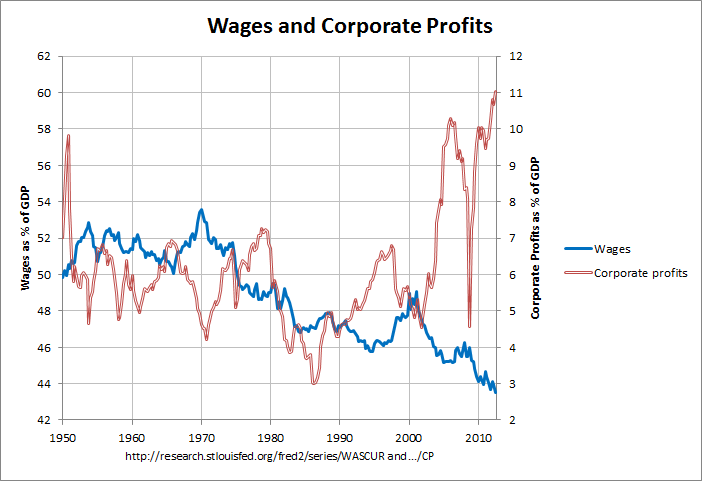 
Do you really think Anyone actually paid 90% in taxes? Jeez

They leave out quite a bite about that 90%.

This countries population was considerably less.

The value of the dollar was MORE.

And the social programs were not even close to being the monsters they have become.

The war on poverty from Johnson and other progressives has been a raging success.


MORE people are now broke,and dependent upon government for their existence than EVER before in this nations entire history.

And they want more of the same.

originally posted by: sheepslayer247
So I cannot support this. If we are to be consistent,honest and dislike the political ideologies of the Left that creeps in to the public schools, we must feel the same about this.


Major problem with that is that virtually ALL public school teachers belong to the same union that places full support behind the left aligned candidates and ethos in every election, making politic neutral education not just a conflict of interest for the teachers, but a veritable impossibility in practice. People don't crap where they eat and America's educators are eating from the Democrat trough.
edit on 18-7-2014 by burdman30ott6 because: (no reason given)

I can agree with that. But this Koch plan is not a better alternative. I think that we have come to the point where we need to keep all of the politics/unions/religion..out of the educations system and concentrate on teaching what is needed to prepare our kids for the future.

I can agree with that. But this Koch plan is not a better alternative. I think that we have come to the point where we need to keep all of the politics/unions/religion..out of the educations system and concentrate on teaching what is needed to prepare our kids for the future.

I agree, but is that realistic in today's politically fractured environment? Look at what brought the Koch Brothers into the public eye and into the crosshairs of the left to begin with... Wis. governor Scott Walker broke the teacher union in the state. Now, if we stand in agreement that the teacher union is left leaning and politically off center by nature and by deed, then we stand in agreement that breaking it and unempowering the union was a good way to de-politicize the Wisconsin education system. You and I are both well read enough to know that exactly the opposite occured.
www.commondreams.org...


Of course, teacher unions must respond differently depending on conditions they face.

I know. I am from Milwaukee, WI. I was elected president of the Milwaukee Teachers’ Education Association, the largest union local in the state, just weeks after Governor Scott Walker and his Koch brother friends imposed Act 10 on public sector workers (except the police and firefighter unions that had endorsed him).

How is the above quoted educator in any manner going to be rational and unbiased in their teaching? The venom and the bile runs too deep. I would hope that nobody is naive enough to believe that these educators aren't lambasting and villifying the Kochs and the Walkers to their students.

The MTEA’s response has been to accelerate our work as a social justice teacher union. We believe that schools must become greenhouses for both democracy and community revitalization.


Whether teachers find themselves in the backward state of Wisconsin, or a state with more progressive labor and educational laws, teacher unions should reimagine themselves and move toward social justice unionism.


Is there any way whatsoever to not read the above as a clear-cut mockery of conservative ideology combined with a deification of the liberal model? Remember, this is an educator writing this article.

Bob Peterson is President of the Milwaukee Teachers’ Education Association. A founding editor of Rethinking Schools, he has taught 5th grade for 30 years in MPS. He is co-editor with Michael Charney of Transforming Teacher Unions: Fighting for Better Schools and Social Justice (Rethinking Schools, 1998).


5th graders! That scares me.

In closing, food for thought here and why the liberal-saturated educational model of America scares me a lot more than one single, right leaning course offering does, I quote Adolf Hitler.


He alone, who owns the youth, gains the Future!

I am not comparing liberals or teachers to Hitler... ANYONE who would make such a comparison (or, for that matter, try to compare Obama, Bush, the Kochs, or virtually any modern politician to Hitler) is a complete and total ass with no understanding of history and lacking the credibility needed to properly tie their shoes, let alone make political statements. What I am saying is that there's a strategy hidden there which has been used for generations. All political ideologues attempt to pass their ideologies on to impressionable young minds early and often in the name of molding those minds to join the groupthink party. That's messed up regardless of which "side" is doing it. What is far more difficult to decypher is what ideologies are intrinsically 'American', superceding all partisanship and rising above the party nonsense. I think that's a damn tough nut to crack. In my short 38 years of life, I've seen "Patriotism" morph from being a bipartisan construct to being something "only the right follows" to now being something "dangerous" which could indicate a domestic terrorist trait. I've seen capitalism, the building block of the country, drug through the mud. I've seen countless assaults on the 2nd Ammendment, splitting that clearly undeniable Constitutional Right into a partisan bitch-fest. I've seen the Right assault the first Ammendment, endorsing ass-brained "Free-Speech zones", which were properly lambasted by the left... only to see the partisan whores do a 180 when their dude took power and now the left endorses while the right whines over it. That's the real problem here. Nobody is honest and intelligent enough to just say "STFU" to the partisanship and re-instate America's founding principles as being teflon and above these party lines of arguing. You could say that AMerica 2014 has disenfranchised the Founding Fathers.

but is that realistic in today's politically fractured environment?

No, it's not realistic. But we can dream, can't we?

Each and every one of us have our own bias', ideologies and ambitions. Teachers have a unique position in that it is their job to impart knowledge to our young. In doing so, they have the opportunity to inject their own ideologies, etc in to that lesson. Without any checks on that sort of behavior, we open up our children to being swayed by their ideology....and that is dangerous in my opinion.

As far as the union aspect, I support the fundamental purpose of a union. There was a time in this country that workers were being taken for granted and severely mistreated (Chicago killing floors), but the unions no longer serve to protect the membership. They also serve to project their politics in to policy and affect elections. I find that to be simply wrong.

To hear a teacher and union president talk about injection "social justice" in to their agenda is quite scary. How is social justice defined? What does that have to do with reading, writing and mathematics? Nothing.

So I think that we are on the same page here.

Lastly, your example of Hitler's quote highlights the very reason why we need to first and foremost teach our children critical thinking. DO NOT take what you hear, whether it's from a teacher or whomever, as absolute fact unless it can be proven to be so. Without independent and critical thinking skills, we will see our future generations become indoctrinated by the propaganda who's purpose will most-likely not be for the good of the children.

Yeah, go ahead and act like public schools aren't already indoctrinating our kids with Liberal propaganda and drivel, where US history has become "How Whites Enslaved Blacks and only blacks 101" and there are now 10 steps to solving 12 x 9 (wth happened to simple math and multiplication tables???)

Your just mad because it's not the topics of indoctrination you in, get over your self.