Coming to a School near you, The Koch Youth.

originally posted by: neo96
a reply to: LDragonFire


So explain how red has lost 5 of the last 6 election cycles? I

How the hell did the right do that ?

Swept Governors, and state legislation across the country.


How'd that work out for us? GW left us in a recession. The Republicans in Congress have gone off the rails with this obstructionist agenda which was planned all the way back in 2009 to WIN ELECTIONS and now the most perfunctory processes are a huge debacle. Yay.

Thats there cute new word to try to dirty people that dont think like them, calling people commies got old real quick.

. . . or is at least annoying to the dyed-in-the-wool Commies/globalists.


I would have to disagree with you here Neo. Niether McCain, nor Romney were good choices.

The republican base stayed home.

They might was well call them what they are 'Democrats'.

I am perplexed as to why someone is saying 'Republicans have been losing elections' it's been pretty much tit for tat.

The flip side of that is:

posted on Jul, 17 2014 @ 03:53 PM
link
Honestly speaking left or right if your not a member of the elite and you think either side has your back your a fool.

We will see if the kock bro indoctrination works in the show me state, I think its unlikely and will most likely backfire.


How'd that work out for us? GW left us in a recession.

Still want to beat a dead horse there.

Back to the topic.

My propaganda is better than yours, truly a farce, but lets pretend its the 1980s and people still believe in the neo cons lies.

Obama is laughing is way to the bank, the rants that come out from the right is what is keeping you guys down.

Good luck with the next election, im sure youll be all up in arms when another bush runs and keeps obamas policies.

originally posted by: LDragonFire
a reply to: neo96

It's the Republicans fault !!!

The Democrats 'never' do anything wrong, EVER !

However . . . why let a little thing like massive Commie/globalist control of the political machine for more than 100 years bother your noggin.

originally posted by: BO XIAN
a reply to: LDragonFire

However . . . why let a little thing like massive Commie/globalist control of the political machine for more than 100 years bother your noggin.

Incorrect, right or wrong the American citizen votes for congress. So if what you say is true then America is communist?

See thats why you cant be taken seriously, still stuck on the commies are comming, at least you didint use god in your little rant.

Look at the graphs of the American economy, wages ect since the tax cuts first started.

The rich get richer and the rest of society barely scrapes by.

We were told that tax breaks would create jobs, but what it created was the wealthy pouring money into propaganda and purchasing politicians and votes.

originally posted by: dukeofjive696969
a reply to: BO XIAN

See thats why you cant be taken seriously, still stuck on the commies are comming, at least you didint use god in your little rant.

Why can't they be called commies, as the opposite side calls others nazi's.

Turn about is 'fair play,fair share', and all that rubbish.

originally posted by: BO XIAN
a reply to: theantediluvian

ARE BY FAR MOSTLY THE TREASONOUS LIBERAL IDIOTS DELIBERATELY DESTROYING the Republic and the Western way of life in favor of a blended Communist/Monopolistic bastardized capitalism ran by a tyrannical ruthless elite . . .

Now why you support such idiocies is mystifying.


What are you even talking about? Blended Communist/Monopolistic bastardized capitalism? Are you really just smushing words together to make nonsensical statements now? When and where was this pure capitalism that you imagine existed? You're confusing heterodoxy with history.


We were told that tax breaks would create jobs, but what it created was the wealthy pouring money into propaganda and purchasing politicians and votes.

The only people allowed to buy politicians, and government are unions, and the 'little' people !

And the difference is what ?

1. The globalist/commie machine has OWNED LITERALLY the media since 1915-1917 when they bought out the major newspapers.

2. The sociological and psychological mass propaganda/brainwashing/manipulations of the "SElections" is massive and quite calculated and very effective. This was evident in the first SElection I paid attention to--that JFK was GIVEN by very corrupt goings on in Chicago.

3. The voting box and voting machine manipulations are also horrific testimonies to the level of ruthless corruption operating in the national SElections.

4. The educational machine of the globalists/commies has sooo rendered the average citizen brain-dead on matters of substance and foundational importance that it's a danger to the Republic for 80% of them to vote at all.

5. But hey, go ahead and applaud the woman salivating over a free O cell phone . . .

I've quoted the likes of the Rockefellers et al about the deliberate blending of bastardized capitalism with communism as the design and structure of the NWO many times.

I can only offer information.

I can't force folks to wise-up or wake-up.


How'd that work out for us? GW left us in a recession.

Still want to beat a dead horse there.

Back to the topic.


Really? You're the one that was just bragging about all of the successes that the GOP had in recent elections and I point out that the last GOP President left us in a recession and the GOP obstructionist platform in Congress has turned out TERRIBLY and now I'm beating a dead horse?

You know what I say to that? Benghazi!
edit on 2014-7-17 by theantediluvian because: (no reason given)

If you ever see me call someone a nazy plz call me out, you derailed your own thread because you didint like the responses by some posters.

Your insulting the millions of people that have died from true communism because you got your jimmys all in a bunch, about a presidents policies. Just with that proves to me you have no clue what your talking about. 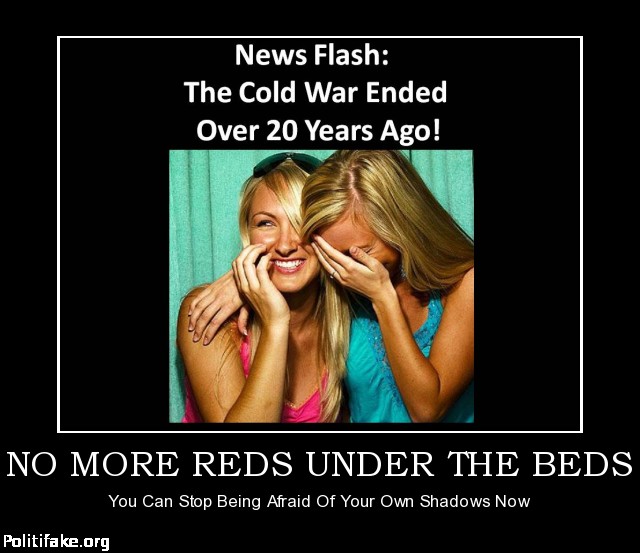