P.S. Oh yeah, as per Rodinus: the video is nearly 4 months old, I wonder how the litle guy is fairing?


As this was supposed to be filmed in Texas, I would say that the little guy has probably been BBQed by now and well digested... (just my humor thinking out aloud)


....then again after giving it some thought it might just be an alien that traveled thousands of light years to come here and dress up as some kind of weird hybrid chupacabra/bigfoot hybrid to mess with all of us
(they have been know to do that from time to time)


I don't know if this vid has been posted yet, since I'm really late to the party, but I'd say this sounds pretty similar.

It also looks and behaves like a raccoon. Poor guy, I feel bad for it.

originally posted by: loam
a reply to: 727Sky

For a second I thought we were talking about that mythical white poofy thing on the lady's head. 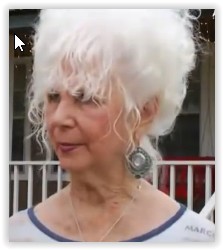 But, yup, I think the other thing is a raccoon.

That used to be an ol' Possum! She figured she'd try and make a new one out of Coon fur, and after setting the trap, they didn't realize that they'd get a shaved coon. Try, try again!

posted on Jul, 18 2014 @ 10:34 AM
link
its a raccoon with mange. Cant believe that expert thinks its a dog, then the guy who caught it supposedly hunted 'coons' for 20 years and cant tell what one without hair looks like, what a doofus.

As far as him not making sounds like a raccoon would, not all animals of one species sounds the exact same. I once owned a rooster that when it crowed it sounded like a woman screaming REALLY LOUD. Every time it woke me up I got up laughing because of how funny it sounded. I had 2 of them only one sounded like that, they also lived in my house, I would let them out during the day and they would wake up crowing and pecking at the backdoor to get out.

Lmao I knew this story seemed familiar. I posted a thread on this back in April.

We decided it was a hairless raccoon then too..
www.abovetopsecret.com...

I see what you mean 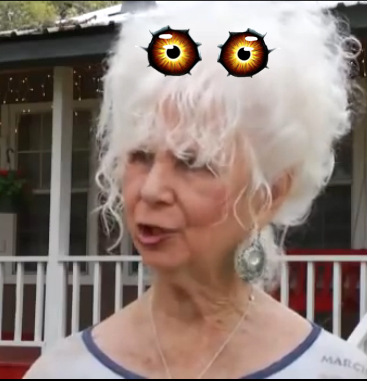 posted on Jul, 18 2014 @ 11:22 AM
link
That is a raccoon with the mange and if you look up other Youtube video's they do make the same exact growl. Case closed.

posted on Jul, 18 2014 @ 11:38 AM
link
Definitely a raccoon with mange, and the man who caught it has obviously never heard a raccoon growl.
What made me laugh was the so called biologist trying to say it was a dog! I don't know what planet he's from where dogs eat with their front paws, but it certainly isn't this one.

originally posted by: SeekingDepth
Here are some raccoon sounds. The growl sort of sounds like the raccoon purr.

Pics of raccoon with mange.

But still.. considering half those pics ARE Raccoon's with mange, - no.. this creature does NOT look enough like those pics to be conclusive.
edit on 18-7-2014 by JohnPhoenix because: SP

I was going to make fun of the guy who suggested it was a raccoon, but after some study realize that it is.

It's amazing how different it looks without its fur (you know like women without their make-up) and how similar it looks to a dog.

posted on Jul, 18 2014 @ 06:40 PM
link
It does look like that picture of a raccoon with mange. The chupacabra supposedly has red eyes and I would not imagine it to be so docile, even if it is a baby.

posted on Jul, 19 2014 @ 06:01 AM
link
I'm going with a Raccoon on this. Canines have paws. And I believe all in that species category share that aspect. And I've never seen a canine be able to pick up food the way that this animal is. This creature has individual fingers that it's able to grasp items with. Much like what I've seen Raccoon's do. Raccoon's love to hang around my house and try and run off with my outdoor cats food.

It's characteristics reflect that of a raccoon. Tail length looks about right. The way it hunches over appears the same. It's slender and moderately long face/nose. The way it eats looks the same. As well as those dark black eyes. And of course it's overall physical structure.

So yeah, I'm sticking with a Raccoon that is obviously very sick with something. Probably mange like others have been saying.

Thanos really did a number on that poor little guy

Sorry for the Spoilers here but during the post credit scene from Guardians of the galaxy, Thanos is revealed to shoot down the Guardians ship and it crash lands on earth, rocket raccoon lands in this red necks tree with his fur all burnt up and these video clips are actually shot just moments before Iron man flys in to rescue him setting up Avengers 3