posted on Jul, 16 2014 @ 01:33 PM
link
Indiana Jones searched for it , the knights Templar were rumoured to have hidden it at Rosslyn chapel but little did I know that it actually resided not far from where I live , well until it was stolen sometime between the 7th and the 14th of July.

Reading my local paper today brought news that the Nanteos Cup believed by some to be the Grail was stolen from it's resting place at an elderly woman’s house in Weston-under-Penyard, Herefordshire. 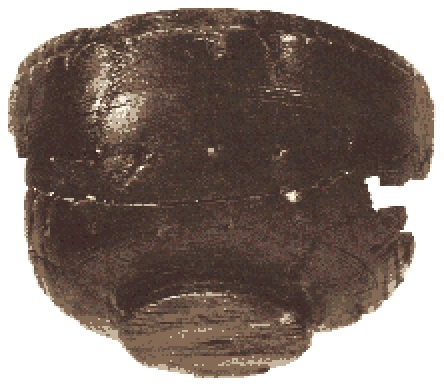 The Nanteos Cup is reputed to have been brought to England by Joseph of Arimathea who left it at Glastonbury for safe keeping , it was later taken from there to a place of safety by a group of monks during Henry VIII's Dissolution of the Monasteries and ended up centuries later in the hands of the family of the elderly woman.

A spokesman said: “The home was broken into between 9.30am on July 7 and 9.30am on 14 July. A wooden cup/challis, known as the Nanteos Cup, has been reported as stolen from the home.
“It is dark wood cup and was kept in a blue velvet bag. Anyone with any information is asked to call West Mercia Police on 101, quoting incident number 146s of July 14.”
The Holy Grail has been a issue debate amongst historians and theologians – with some religious figures claiming the grail is actually the Holy Chalice, used by Jesus Christ at the Last Supper.
www.shropshirestar.com...


Nanteos Cup
Shropshire is an historic county but until now I was unaware just how historic , If anyone has any information on the whereabouts of the cup they should call the police or perhaps a certain Dr Jones so it can be returned to it's rightful owner.

Last time you guys "lost" a cup a dog named Pickles found it. I don't know if that will work again. Good luck, though.

Seriously, good thread. I had never heard of this object so I've learned a new thing today.

originally posted by: gortex
a reply to: Vasa Croe

Ha! I also find it funny that the reason for it being so jacked up looking it due to people taking bites out of it as they tried to drink from it to become healthy.....LOL.

How do they [whoever they are] know this is *the* Holy Grail ?

originally posted by: gortex
a reply to: Vasa Croe


Tell that to the carbon isotopes that have decided to decay at a slower rate. Must be God affecting the quantum mechanics at play.......or maybe its not the grail!

Reading between the lines the quiet countryside of Herefordshire is a place to reside at the moment. Find out what member of the royal family owns a large part of it and what who he gifted a house too a number of years back.

There is a certain elite army regiment that has a couple of bases there too!

No mention in the article of other stuff being stolen so maybe it's a targeted theft? The average tealeaf wouldn't be interested in velvet bags or tatty old wooden cups when the old lady's jewellery would pay for a night out and a chippy dinner. "Jaeger bombs are on me yo!"

I hope that's the case anyway as any piece of history has a chance of recovery from organised criminals - a scally would just throw it in someone's garden or canal.

Round our way, the going rate for a broken wooden cup is a clip round the ear lol.

"donated his own prepared tomb maybe he got a cup in return,, for his donation.

Looking at the picture it sure looks like an old styrofoam cup. Way for Jesus to go all modern on his peeps.

posted on Jul, 16 2014 @ 04:44 PM
link
I would keep an antique like that locked up in a big big safe in the basement, something that would be hard to break into. Or just stuck in the garage in a box with a bunch of junk piled on top of it. Either place would be safe.
edit on 16-7-2014 by rickymouse because: (no reason given)

posted on Jul, 16 2014 @ 05:42 PM
link
If proper government, academic and scientific authorities really believed this to be The Holy Grail they would not have left it unsecured in some old woman's house.

Anyway, this type of thing is only a fairy tale purported by the Catholics who love their (fake) relics. Jesus was alive and ate and drank from many vessels that were then re-used by other people. There was never any indication that any had any special spiritual power nor could they - God would not allow it because this gives power to inanimate objects rather than people focusing on the words of Jesus which are in themselves " spirit and life". The Catholics haven't got a clue. The Church of England as well as many other so called Protestant religions did not make a clean split from the Catholics and decided to keep some of these very odd unbiblical traditions.

In other unrelated news, the IRS announced that it had found the lost hard drives. They are being kept safe in an antique cup rumored to be the Grail located in Weston-under-Penyard, Herefordshire.