originally posted by: AngryCymraeg
The IHR is not a reputable historical source. Filth like David Irving write for it in the fond delusion that they are 'historians.'

However it is not surprising people who have shown their hatred for Jews and Israel use it as they claim it is a valid source - because it agrees with them.

Your link to linkis.com... is full of the same "hate the Jews" lies, that website refuses to blame the real cause of this trouble, Hamas terrorists and their launching thousands of rockets at Israel over the years, and their stated claim of destroying Israel.... a fact you and them totally ignore!

Who was that article written by?

My name is Ahmad Chaker Jomaa, and I am the Head of Media for FOSIS this year

And FOSIS is the Federation of Student Islamic Societies....

Apparently if one is Islamic, you cant possibly be a historian or writer or have an education...or god forbid..an OPINION!

thanks for sharing your racist and religionist views....

posted on Aug, 9 2014 @ 01:46 AM
link
wouldn't all of you agree that all the terrible atrocities committed by Israel are somehow designed to turn the public opinion AGAINST Israel for whatever reasons those evil bastards who create chaos have to have the "World" against Israel...?

originally posted by: demus
wouldn't all of you agree that all the terrible atrocities committed by Israel are somehow designed to turn the public opinion AGAINST Israel for whatever reasons those evil bastards who create chaos have to have the "World" against Israel...?


I have explored this potential at length since 1982 when I first realized for myself after study that in the invasion of Palestine, Zionisms goal was not to 'give a home to the Jewish people' at all.

That awareness of dubious intent led me to examine the nature of political zionism as a whole and to keep track of its ongoing usurping, manipulation and abuse of the Jewish people as a focus, doing that led naturally to examination of the fate of Palestinians. This empathy with both groups, is one of the primary reasons I began my research in the first place.

When I first saw things undeniably laid out before me, my first response was shock actually. I was ' holy fk, "Israel" is committing suicide !' and retested every theory I had in my head for years trying to undermine what I was seeing. Only later did I realize ( and imo) that it was in fact Jewish Identity as a whole that was being systematically murdered - was being used like a mask - to further the agenda of some very intelligent but very nasty people.

It is my general view that political zionists have usurped what was the Jewish identity and birthright and replaced it with own and have interlaced the same and biblical promise with their own set of secular/temporal agendas and goals. That has been my view for some time now and yes, I do feel that the 'end game' of this agenda is ramping up at speed right now as in their haste, they are making some basic errors, that in past years were not being made.

As for the end game and goals themselves I have my own theories, though I will say that I feel it would be too simplistic and would be to buy further into their manipulation-distraction to reduce them to a Messianic platform or even to just racist or political platforms. To my awareness, these are again just 'tools' that point to the actual underlying agenda.

While usually I would counsel researchers to delineate and "think smaller" I have found in my own journey, when it comes to zionism you have to think much much 'bigger'.

posted on Aug, 12 2014 @ 01:31 AM
link
Breaking through the propaganda and lies. Taking a good look at documented History in Palestine pre ww2.
1948 "The birth of a new specimen of human being" - Alan Hart
Link

- As World MSM reports 5 day ceasefire in effect. IDF shelling continues in Gaza. After leveling infrastructure, electric and water, they are now 'attacking' farmland - Gaza's only independent food supply as well as targeting gas stations and what remains of gasoline supplies - needed for life support generators. Repairs to essential services are not being permitted where they are not expressively prohibited, repair crews are coming under sniper and tank shelling.

- Dr Mads Gilbert on the propaganda of hospitals being used as terrorist havens.
electronicintifada.net... 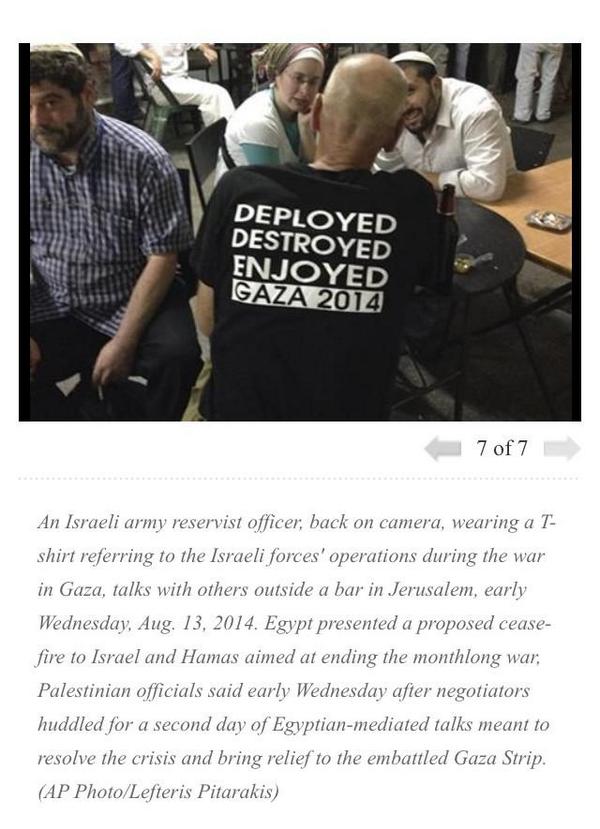 
"We never expected anything good from the Arabs," he said. "They have money and oil, but don't care about the Palestinians even though we are Arabs and Muslims like them. What a Saudi or Qatari sheikh spends in one night in London, Paris and Las Vegas could solve the problem of tens of thousands of Palestinians. Only an idiot would have expected the Arab world to rise against Israel for attacking the Gaza Strip. We saw more protests in Europe against the war than in the Arab countries."


Victim Blaming - first port of call for the abuser: link
Victim blaming occurs when the victim of a crime or any wrongful act is held entirely or partially responsible for the harm that befell them.

Cognitive bias - A cognitive bias is a pattern of deviation in judgment, whereby inferences about other people and situations may be drawn in an illogical fashion.[1] Individuals create their own “subjective social reality” from their perception of the input link 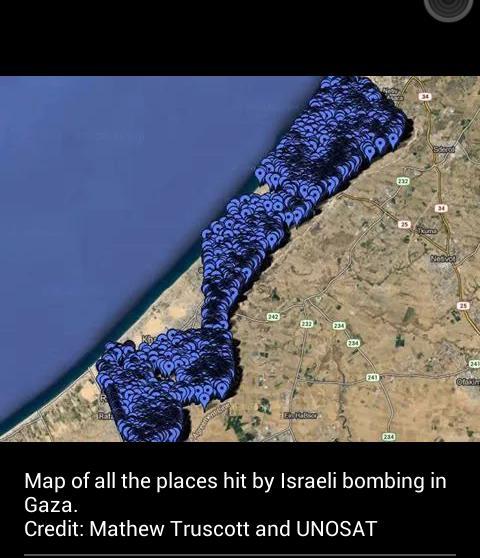 12yo Nidal's head CT scan. He was killed by a single bullet in HEAD fired by an IDF sniper in Gaza 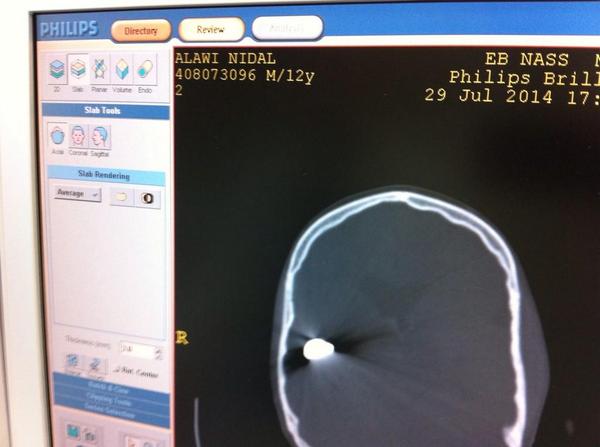 Truth speaks for itself. 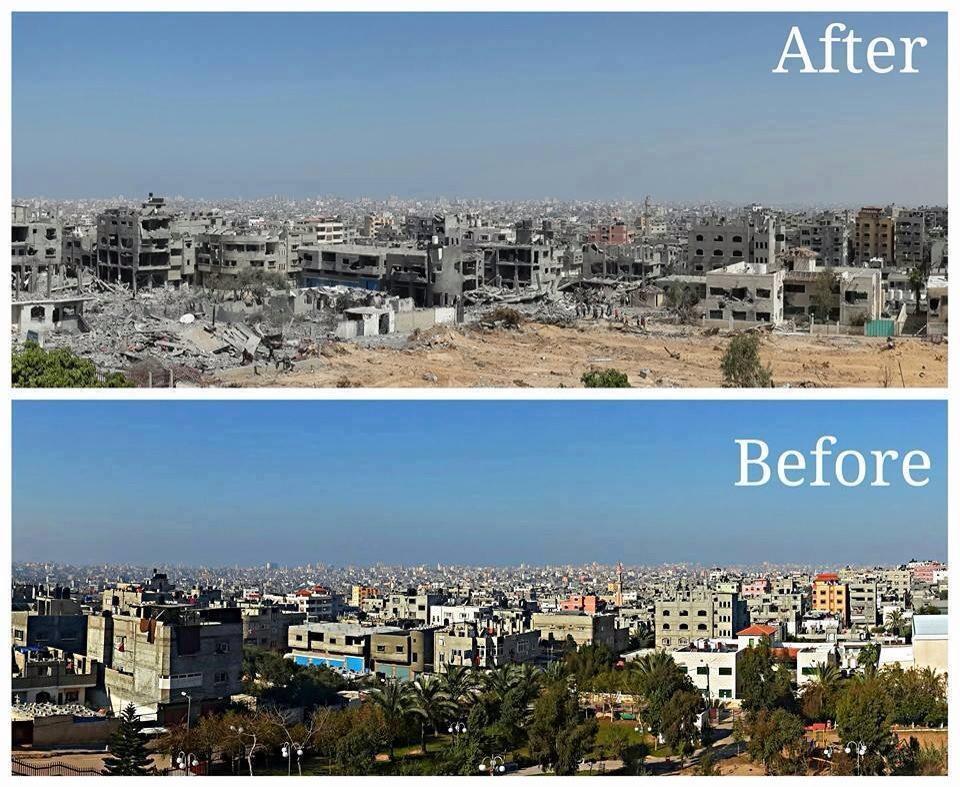 Truth speaks for itself.
No difference.
whatreallyhappened.com...

That is actually locations where Hamas terrorists launched and kept rockets at...

12yo Nidal's head CT scan. He was killed by a single bullet in HEAD fired by an IDF sniper in Gaza

Actually they were shot by a Hamas terrorist...

Truth speaks for itself.

The Truth shows Hamas terrorists started all of this by years of rocket attacks in Israel, the Truth shows that Hamas has it in their charter that they will destroy Israel and the Jews - that is the Truth that no one can deny. 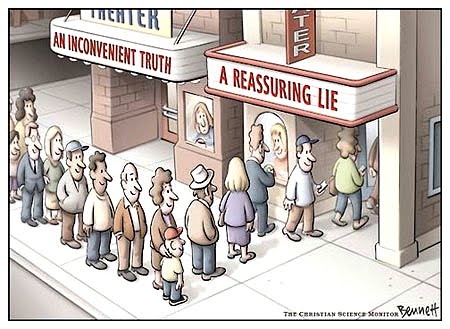