posted on Jul, 16 2014 @ 12:00 PM
link
I was motivated by reports of Alien pictures in caves from Chhattisgarha region India to look at the local tribe art to see if this reflects any such interest. The Dokhra tribes there are named after a metal working technique which hasn't changed since the time of the Indus valley culture, and not so much in style either, so i find their bronzes fascinating and thought i'd share some here and some of my own thoughts. 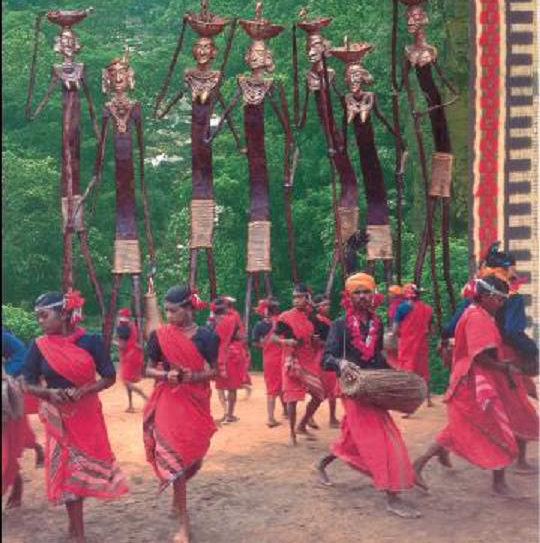 Dhokra Damar tribes are the traditional metalsmiths of West Bengal. Their technique of lost wax casting is named after their tribe, hence Dhokra metal casting. The tribe extends from Jharkhand to West Bengal and Orissa; members are distant cousins of the Chhattisgarh Dhokras

Dhokra(is non–ferrous metal casting using the lost-wax casting technique. This sort of metal casting has been used in India for over 4,000 years and is still used. One of the earliest known lost wax artifacts is the dancing girl of Mohenjo-daro 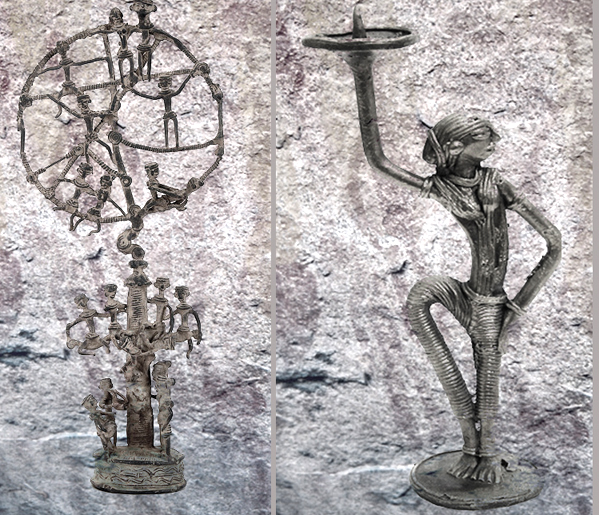 The tree very closely relates to the serpent and also the Mother Goddess, there is an intimate relationship between these, perhaps to the extent of scandal, but the people seem happy sitting upon the branches of the tree that supports them. 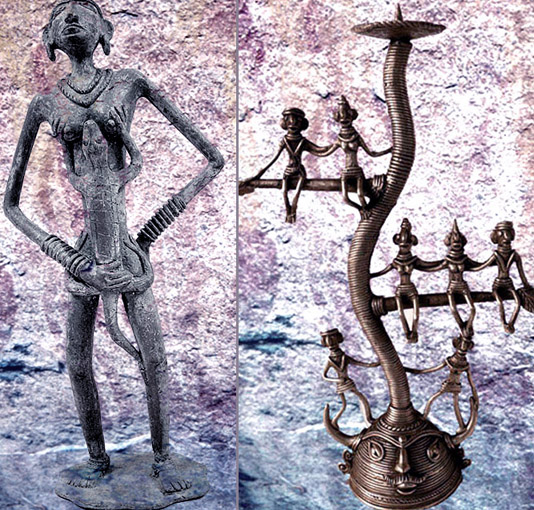 The people get up to all sorts of things as they play upon the body of the Mother, they marry and make love and also make war and kill each other, this forms the patterns of the tree as it grows and develops, it is a family tree. 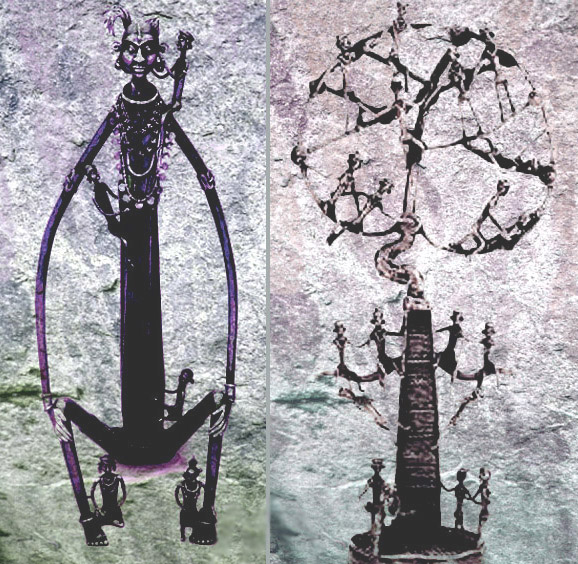 Often Deities look strange or perhaps they wear strange masks, certainly when people perform the sacred rituals and festivals they wear masks to re-enact the stories of the Deities, which is also their story. 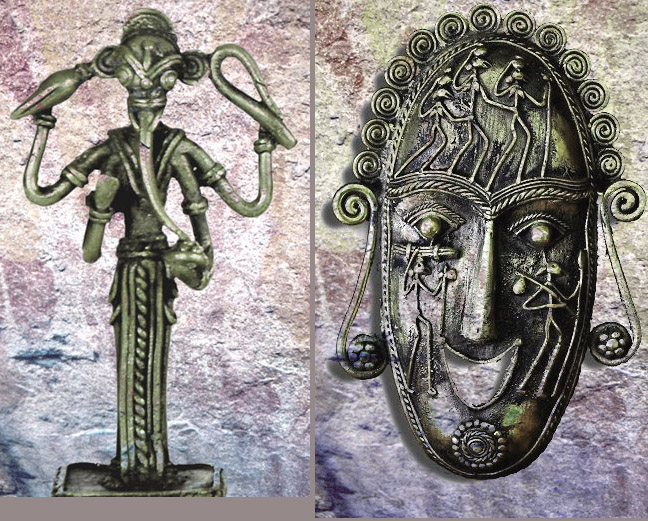 The Aliens or Demons as the case might be get together here to create a band and play musical instruments, no doubt they have lots of fun doing this and perhaps they taught the people also, or maybe that is the people wearing masks, nothing seems certain... 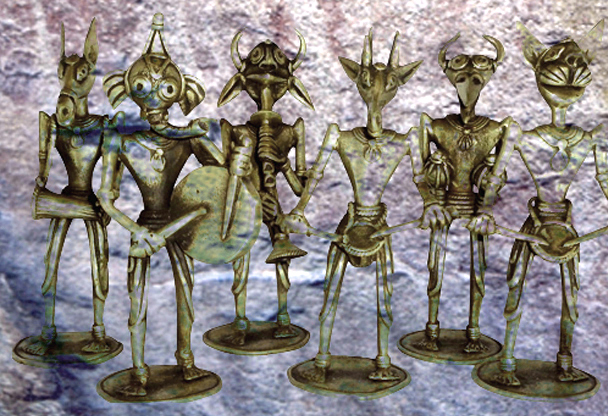 Madai festival is celebrated in February which means to meet relatives staying in different villages. Unlimited alcohol drinking and dancing is done in the night to celebrate it. Mati Puja is done to worship the mother earth and this very festival has different local names in different regions. 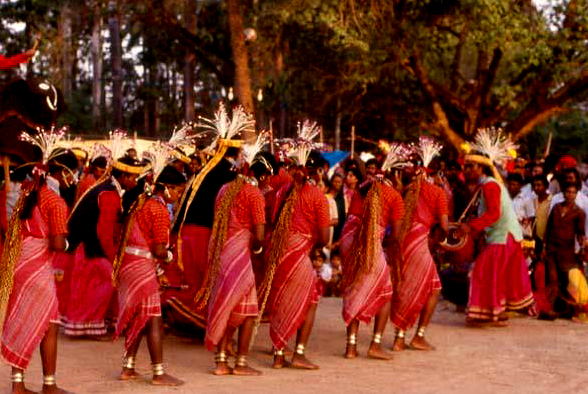 Very nice and their artists have a preference or bias towards long and tall.

What intriguing art. I especially liked that family tree piece.


Yes 'ladder people' or long leggity weirdlings, these are found in the cave art which some of the Festivals relate to, hard to put a date on a lot of it. 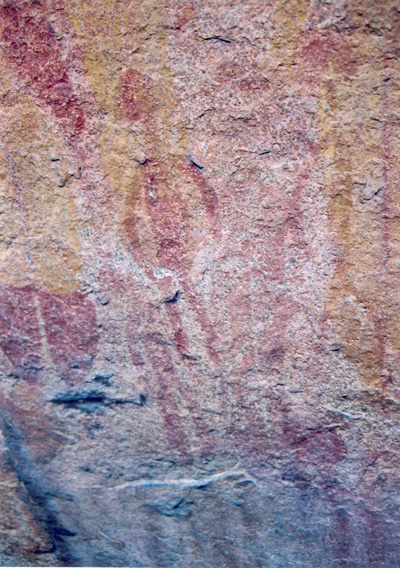 A lot of the cave art is very similar to other shamanic art, even Australian aboriginal in terms of the Honey man and traditional patterns associated with such, the bees being associated with the forest pathways.

They remind me of the Central American Nayarit with all the crazy tree activities...

You're welcome, i find their art very interesting... 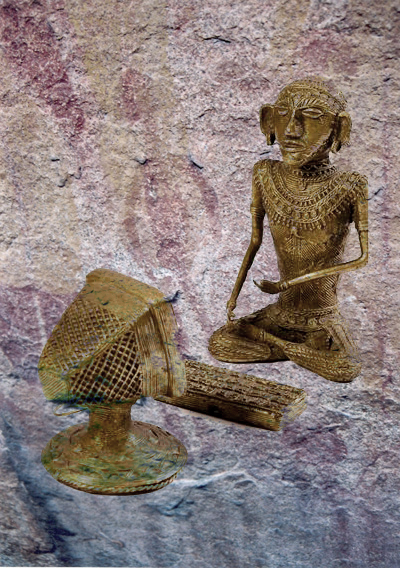 posted on Jul, 16 2014 @ 04:48 PM
link
I started to look in to tribal art in university but that was a long time ago, got some good gades for my inspiration tho