Do you think the 18 hour debriefing is a lie, too?

I think the whole thing stinks like the back end of a bull.

Did you watch the whole video?

originally posted by: Mary Rose
a reply to: Rob48

Did you watch the whole video?


No, I have better things to do with my time. I know enough about Mark McCandlish to disbelieve pretty much everything he claims about the "ARV" or zero-point energy. The man can draw, and he can make up stories.

I see that your video includes detail of what Kent Sellen was told for who knows what reason: 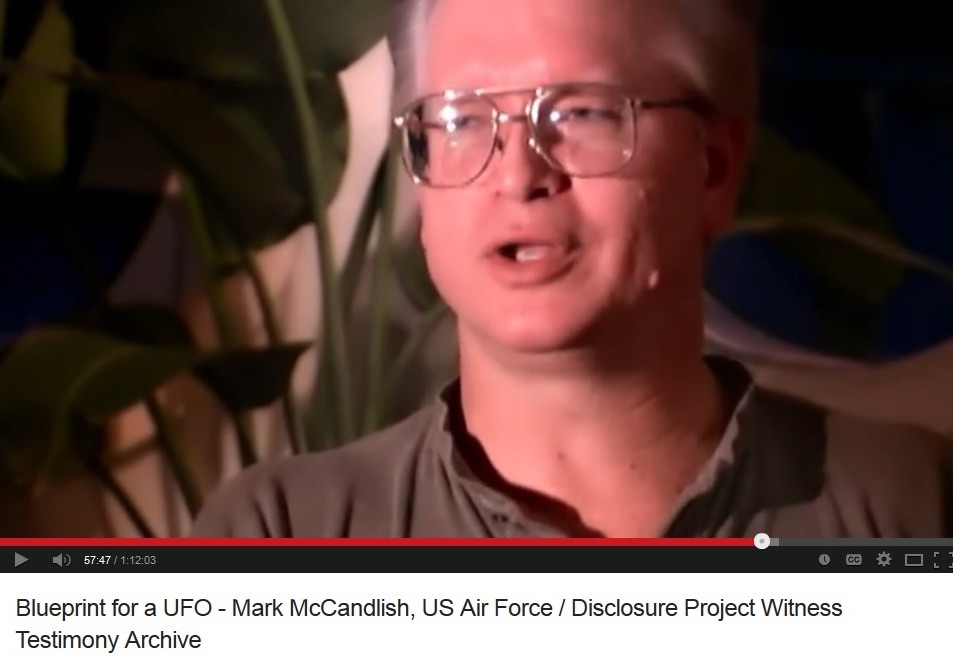 whereas the video in the OP mentions this briefly: 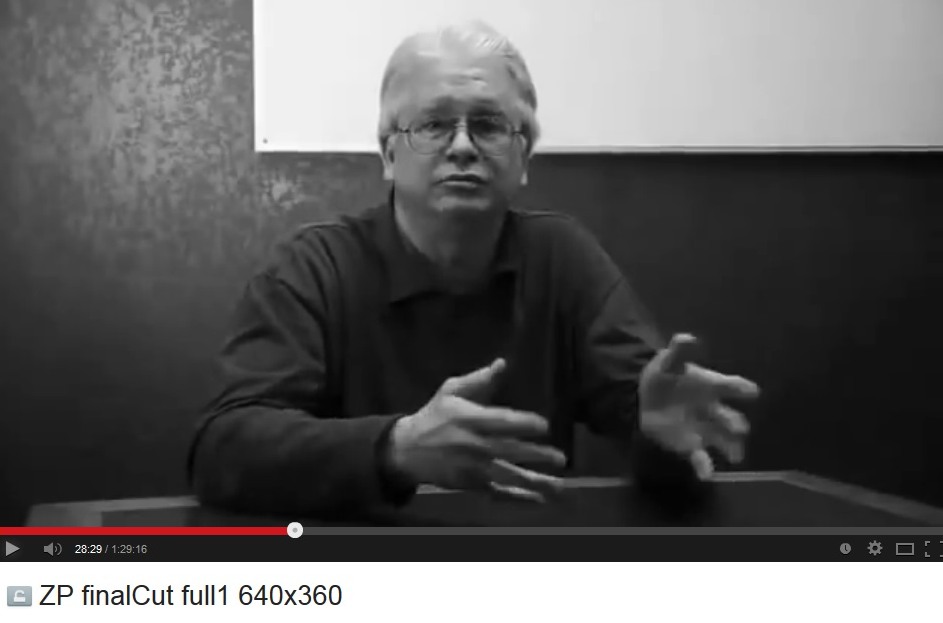 But I'm not convinced that there is not an explanation for why this would have occurred during an 18 hour debriefing that would make sense rather than discrediting Mark McCandlish.

Greed has kept humanity at a stand still and until the truth is known we will continue to kill each other fighting for the blood that is being pumped out of our living planet. Money has to be a lower priority if we are ever going to have a civilization that excels and is allowed to leave this planet to travel the universe as a species.

originally posted by: knowledgedesired
a reply to: Mary Rose
Greed has kept humanity at a stand still and until the truth is known we will continue to kill each other fighting for the blood that is being pumped out of our living planet.

It may be that we are not actually fighting for oil because it is in limited supply and we're running out of it. It is my understanding that oil is not formed from dead dinosaurs and there is plenty of it. What I'm saying is that we may be thinking that's what the problem is, when in reality it's just that the powers that be like selling us oil and that's all there is to it.

I don't mean to be splitting hairs.

It's just that we might not actually have an energy crisis. Only a crisis of being denied the right to know the truth of what's possible and to use the power available in the universe for peaceful, health-enhancing, exciting applications.

originally posted by: knowledgedesired
a reply to: Mary Rose
Money has to be a lower priority if we are ever going to have a civilization that excels and is allowed to leave this planet to travel the universe as a species.


The hope of traveling the universe makes all the hard work doing research and communicating with others to try to wake people up worthwhile.

One reason that allot of people don't consider may be this.

What happens when the average Joe has access to a power source that can destroy a city or more?

Maybe free/easy to obtain energy is hidden from all us until humanity has evolved to the point where they don't create a weapon using this technology to level a city because someone upset them that day..

I have met more than one person in my life that I would not trust with something of this nature..

My sense is that the average Joe is busy trying to make a living and wouldn't hurt a flea.

I look at it this way: The technology is in the wrong hands now and has been for some time yet the world is still here.

I don't think the technology could be in worse hands than it is now.

Putting it in the hands of the average Joe would be an improvement.

I agree that it is in the wrong peoples hands now but at least they only want to rule the planet and not destroy it completely. If every single person on the planet had access to a power source that could easily destroy everyone I am pretty sure we would not be here very long. If people though having guns was a problem now imagine everyone having access to a particle beam or some other exotic weaponry that could cause destruction.

posted on Jul, 23 2014 @ 03:20 PM
link
The discussion about the danger of the power of zero point energy reminds me of a discussion I heard on Red Ice Radio in an interview of Thomas Sheridan.

In the interview Sheridan talked about realizing that he had been duped when he was younger and for most of his life into thinking of himself as a liberal because he wanted a better world for everyone. He believed in the liberal/progressive thing for many years. (This is one half of the left-right paradigm that keeps us all embroiled in politics while the powers that be go about their business bringing in their New World Order.)

An example that Sheridan gave is immigration. He used to think immigration is just helping people from other countries. But the way it's being handled now it's actually causing European Union states to lose their identity so that central world control can be brought in.

I think believing the meme that we're not ready to handle the responsibility of zero point energy is analogous. We're being duped into thinking that.

No, it's just that nobody has managed to demonstrate that ZPE can be tapped. What on Earth does immigration and politics have to do with physics?

Anyone who can successfully harness ZPE will go down in history and become one of the most famous scientists ever. Nobel Prizes, the works. So far, nobody has and there is good reason to believe that it is impossible, because it would violate a lot of pretty solid principles.

But if anyone can do it, it will certainly never be hidden. That's the thing about science. It is repeatable and it CANNOT be suppressed. Science doesn't care who carries out the experiment. If one person can do it, anybody can do it.

Remember the cold fusion flap? Pons and Fleischmann? I was still at school then, but I still remember how it emerged. The details of the set-up were made public so that anyone could reproduce the experiment. If it had worked there is no way that the genie could ever have been put back in the bottle. Science is all about sharing results. People who think that free energy could be suppressed have clearly never set foot in a lab.
edit on 23-7-2014 by Rob48 because: (no reason given)


originally posted by: Ectoplasm8
Of course, this also happens to be more needed fill-in information for his cut-away drawing and the story he tells.

originally posted by: Ectoplasm8
Well, I'm sure he is a decent guy. I don't know his motivation, but if this was a contrived story, it could have been financially beneficial for him.

Is he a decent guy?

Or someone out to make money from a false story?

Let me think some.. yes.. it's reverse engineered from
the Venusian visitations from the 50's ..
.crock


originally posted by: Ectoplasm8
Well, I'm sure he is a decent guy. I don't know his motivation, but if this was a contrived story, it could have been financially beneficial for him.

Is he a decent guy?

Or someone out to make money from a false story?

Why are you fighting so hard for this ridiculous story to be true? Is it your inherent desire and need to believe?

Decent guy in the sense of taking care of the elderly, working in a soup kitchen... or whatever. That's great and wonderful. It doesn't mean he's not out to make a buck for himself, or is incredibly naive. As I said, only he knows the motivation.

That is so the truth. Anyone who wonders what the motivation would be to cover these things up just needs to examine the likely effects on the population and particular powerful industries if certain knowledge and technology were made public. There are a lot of human produced technologies that are suppressed or targeted with misinformation campaigns because they threaten certain business models of the rich and powerful, how can anyone doubt they would fight tooth and nail to suppress the more ground shaking stuff?

It rarely requires strong arm tactics, ridicule and debunkery are their cheapest and most prevalent tools, along with abuse of the legal and patent systems to bottle up tech they don't want to see commercialized "at this time".
edit on 23-7-2014 by Totemic because: Spelling

No, it can't be done. You can't conceal science. If one person can do it, then so can everyone else. That's what peer review is all about. Look at the cold fusion example, hell, even look at Steorn!

Other scientists can always try to replicate the findings. If anyone managed to tap ZPE then it would be the biggest scientific story of the century.

Great article, by someone with no axe to grind. It may not be ZPE, (but who knows). Two things to take from the article. 1. Excess energy is being produced in reproducible experiments, and no one knows why. 2. Mainstream science is willing to ignore, suppress and/or ridicule unexpected science due to labels or just because the observed behavior is "impossible" by their dogmatic understanding of currently accepted science.

Science has become one part Dogma and one part Scientific Method, with a big dash of outside money to encourage certain findings and suppress others.