originally posted by: rustyclutch
AAAAAAAND the name of the town means end of the world....classic. S&F sir


End of the world as in the geographical back of beyond. Not as in Armageddon.
Quite a common name, eg Cape Finisterre, or Land's End... don't read anything into that!

Hehe I know. I was stating the propoganda value. Idk what the heck makes holes like that. I never saw a sinkhole so perfect. Didn't some scientist say the north pole migrating towards siberia? Maybe that has something to do with it.

Yep, thats boring but the explanation is there, just has to be discovered. If the earth farts and no ones around to hear it, does it make a sound?

Turned out to be a hydrothermal explosion.

They can be as powerful as small volcano eruptions and just as violent.

The way the material appears on the top sides, looks like it has almost been pushed up and out, like something inside the hole pushed its way out and whatever did the pushing slowly accelerated.

posted on Jul, 15 2014 @ 04:33 PM
link
a reply to: Bilk22
Looks like Galactus may be thinking of revisiting planet Earth...
Anyone seen a silver surfboard flying around Russia, lately?

posted on Jul, 15 2014 @ 04:54 PM
link
Wow they really didn't wait at all to try and throw the global warming spin in there. Not that it doesn't exist (necessisarily), its just any environmental issue now is "global warming", like how the Pacific dying has nothing to do with Fuku.

I'm certainly interested to read everyone's theories; I do concur that it has the "prarie dog hole" shape that suggest earth was moved from the inside out. I mean hell, I'll throw it out there: Inner Earth? Didn't they just officially annouce an underwater ocean? Vast underwater Ocean Can we really say that it's NOT possible?

posted on Jul, 15 2014 @ 04:59 PM
link
I hope a real life Kaiju crawled out of that thing and is currently wandering the Siberian wilderness until it randomly encounters a city.

Come on, no end of the world scenario in which we all die of Ukarinians and Israel... Boooooring

Kaiju, army of undead breaking free from Middle Earth... throw me a bone

posted on Jul, 15 2014 @ 05:30 PM
link
Reminds me of different movie scenes ,where space ships inbedded thousands of years until this alien race restart the engines and take off. .

From memory isn't there a 'firery hole' which burns constantly nearby this area...... Again related to the natural gases buried beneath the ground....

posted on Jul, 15 2014 @ 06:14 PM
link
Could it have been caused by super cooled water that might have been exposed to the elements causing it to bubble out?

Like a coke in the freezer too long, introduced to you opening it and suddenly turns to slush?

Would explain the riverbed type appearance around the mouth of the hole.

posted on Jul, 15 2014 @ 07:43 PM
link
I want to add - I know the article claims this recently occurred, but I'm not so sure. The video isn't high enough resolution, but the berm around the hole appears to have grass growing on it. One thing is for sure though, it all looks too neat for this to have been caused by some type of eruption. JMO

originally posted by: rickymouse
Good place for Russia to install a big missile silo....It's already dug for them.

We never get cost saving breaks like that in the USA. If this happened in the USA someone would get a contract for digging it, using a little bribe money to politicians. Excuse me, I shouldn't call it bribe money, I meant campaign contributions.

Or there would be an endangered earthworm in the area that prevents any kind of development.

BTW: I am a member of PETA (People for the Eating of Tasty Animals)

Looks like one of those holes that spiders make with a trap door that catch insects that stumble into the depression.

Giant spider? Did Russia test nukes there in the 50s and 60s?

Where is Godzilla when you need him?

Curious hole though. I would like to know what caused that. 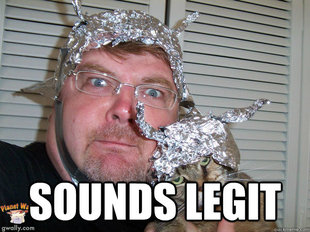