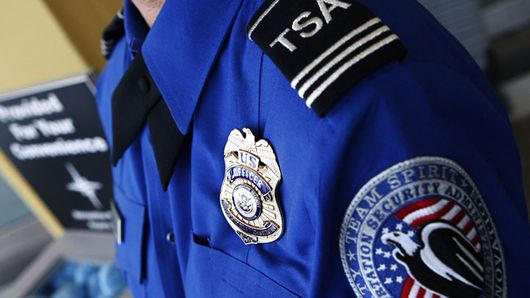 It's something most students learn in elementary school -- the United States is made up of 50 states and the District of Columbia. But Channel 9's Justin Gray found out it's a lesson that an Orlando agent with the Transportation Safety Administration seems to have missed.

Gray, who lives in Washington, D.C., was flying out of Orlando International Airport when a TSA agent said Gray's District of Columbia driver's license wasn't a valid form of identification. Gray said his license is legal and up-to-date, but the TSA agent didn't seem to know what the District of Columbia was when Gray arrived at the security checkpoint over the weekend.

this has actually happened a few times i believe..

Now that is embarrassing. Must not be to hard to get a job for the government.

When I can name all the states and Im British thats a HUGE fail!

I think the word 'Columbia' throws them. But with their swift minds the word 'District' might be the toughie.

posted on Jul, 15 2014 @ 01:55 PM
link
Well, technically I don't think that DC is actually a part of the USA, it really isn't a state. They don't even have voting rights there for congress, the parties just control the selections of candidates.
edit on 15-7-2014 by rickymouse because: (no reason given)

But I think its classed a US territory the same as Guantanamo is.

But Guantanamo houses a lot of people that are a threat to the citizens of the USA..........Awww. I see the similarity.

Well why do you think they make the TSA guys wear nametags. If they forget their name, they can go into the bathroom and check real quick like:

Did you know people with the lowest I.Q. are awarded the highest positions?

For example look at our president.

posted on Jul, 15 2014 @ 02:15 PM
link
Morons are hired by designed. You cannot reason with a moron and the government doesnt want you to be able to reason. Every government position maintains its authority by shutting you out and beating you down.

Gorillas with clubs is all they are.

You got a problem?

As an aside friends of mine from Hawaii get # all the time on the mainland. Seems if your license has a rainbow on it it must be fake.
The only thing worse than an imbecile in power is an imbecile who absolutely certain he's right.
edit on 15-7-2014 by thisguyrighthere because: (no reason given)

But Guantanamo houses a lot of people that are a threat to the citizens of the USA..........Awww. I see the similarity.

AHHH I see were you went there

But Guantanamo houses a lot of people that are a [traitorous, treasonous, dastardly, vicious, mean, duplicitous, corrupt, hypocritical, clueless, arrogant, theiving, kniving, violent, ruthless,] threat to the citizens of the USA [and the planet]..........

Awww. I see the similarity.

I'm not generally a fan of the TSA, but I'm really not a fan of most TV news reporters who will do anything to get on the tube.

Perhaps the TSA is trained to recognize licenses by referencing a handbook or something and that handbook didn't have the newly-redesigned DC license that become official last November... 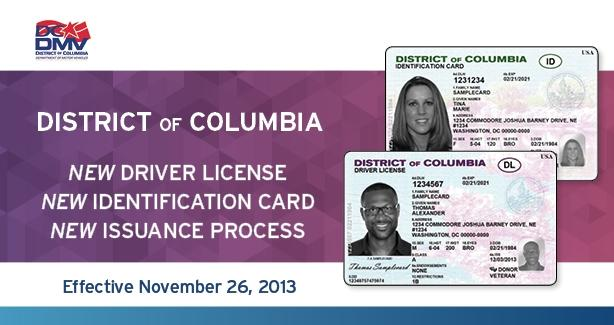 Any maybe the news guy isn't telling the whole story... just something I thought I'd throw out there.

It's classified as a Federal District.

Maryland donated land on their side and Virginia was supposed to as well but never went through with it. It was suppose to be 10x10 instead of the 5x5.

The U.S. Constitution provided for a federal district under the exclusive jurisdiction of the Congress and the District is therefore not a part of any U.S. state.

A locally elected mayor and a 13‑member council have governed the District since 1973. However, the Congress maintains supreme authority over the city and may overturn local laws. D.C. residents elect a non-voting, at-large congressional delegate to the U.S. House of Representatives, but the District has no representation in the U.S. Senate. The District receives three electoral votes in presidential elections as permitted by the Twenty-third Amendment to the United States Constitution, ratified in 1961.

There were some court challenges over the last few decades about this situation. In addition to Washington DC being in a weird limbo, Puerto Rico, Guam and other commonwealths / territories. The argument is based on the fact the individuals in DC, as well as the territories / commonwealth, are considered citizens of the US.

ETA - Sorry I forgot to finish the thought. They are US citizens which means they can vote in US elections.

they all have representation in the House although they don't have a vote on official bills. They are allowed to be a part of committees and they do get to vote on the committees topics.

posted on Jul, 15 2014 @ 02:29 PM
link
This is ridiculous , I'm tired of these foreigners expecting us Americans to know the geography of there country.

I would have told the reporter to go back to Canada and his District of Columbia.

I'm all for giving the benefit of the doubt--particularly on an individual, case by case basis. That's the Golden Rule . . .

HOWEVER . . . there's far too much of this sort of thing.

I realize that when one is dealing with many thousands of employees . . . just the law of averages will catch up with one.

Nevertheless . . . this is like . . . terminally stupid, clueless, uneducated thought-less. Or else, the bloke is sleepwalking on the job.

If I were their supervisor and I got wind of this, they'd have some extra homework to do by a set date . . . if they retained their job . . . which, given the difficulty in firing civil service, they likely would. And, besides, I believe in 2nd chances. Sometimes 3rd & 4th chances . . . depending.

But terminal stupidity that refuses to learn or demonstrates an unwillingness or incapacity to learn . . . enough already yet.

The sad irony in all of this is the TSA requiring ID's to fly while at the same time the illegal immigrants that are being shuffled around in the US are not required to provide identification to fly.

I aways knew it was exactly a state but good to know.

We have regular American high school kids not knowing who the Vice President of the US is all the way to presidential candidates not knowing that Africa is actually a continent.