Weird Al released a new CD today, Mandatory Fun which of course I own and pre-ordered! 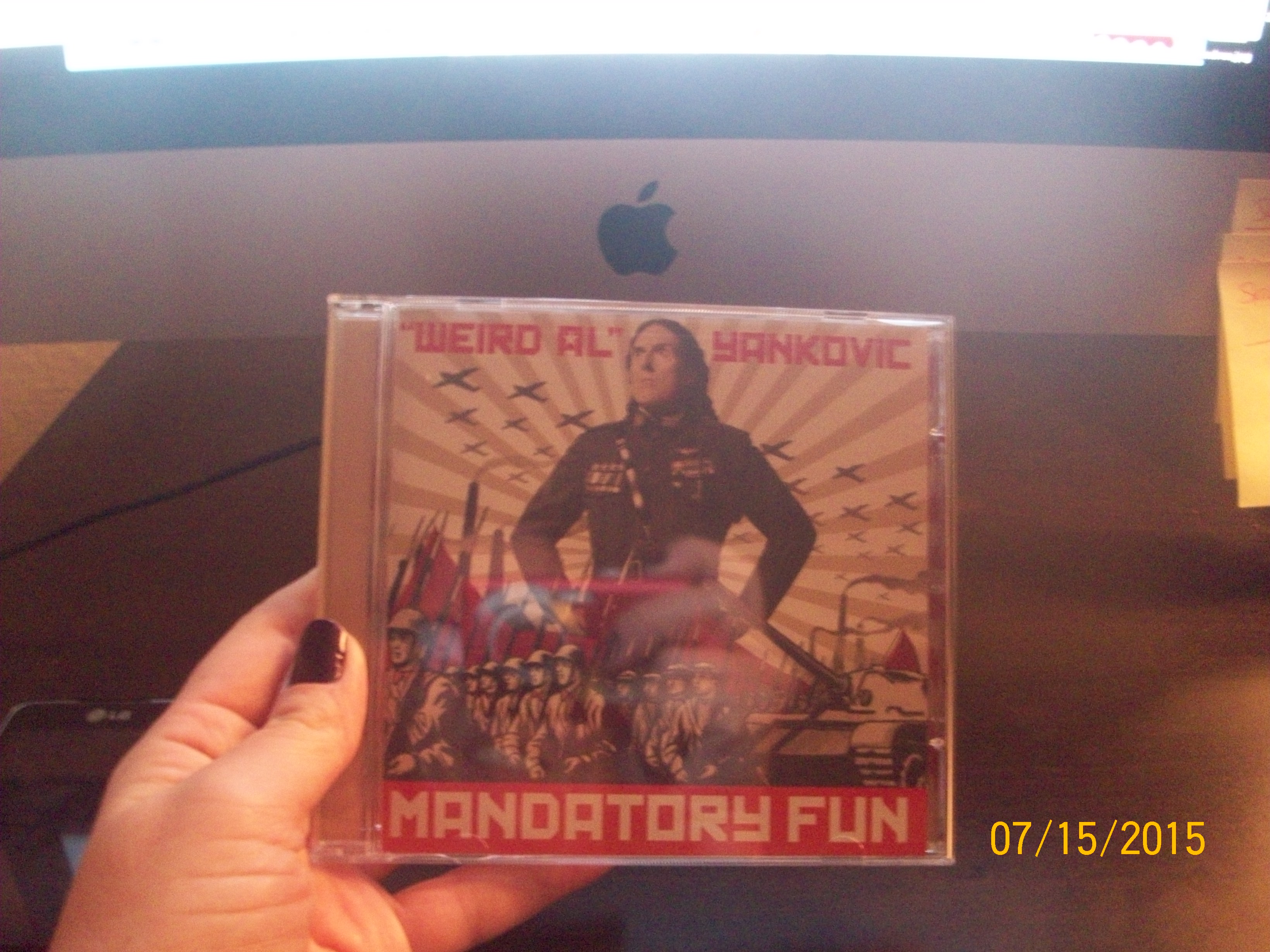 For eight days straight he will release a video every day for his new album and today he released "Word Crimes." It is done to "Blurred Lines" by Robin Thicke. I have listened to it over and over and can't stop laughing. OMG it's brilliant!

originally posted by: Alundra
Awesome, Brilliant !!
Something only Weird Al could pull off
S&F

I know! He's a genius! I have always liked Weird Al. He played here years ago in concert and tickets sold out in 15mins. If he ever comes back I would love to see him live!

When I saw the video title in my FB feed I knew what the content was going to be. I laughed so hard I had to shut my door so I wouldn't wake my son taking a nap.

My favorite song of his is "Party in The CIA" but this is definitely going to be one of my new favorites.

I especially love these two:


THIS one of course is another favorite since I am a big Star Wars fan. I play it and dance around with my son who is 13 months lol. He will dance around too. It' so cute. If my neighbors can actually hear my music they probably think I'm weird lol but hey I like it!

originally posted by: aboutface
Hi! Both vids are new to me and I quite enjoyed them, thanks. I haven't heard of Weird Al in quite a while. Will have to keep an eye out for the new releases.

You're welcome! I have been a Weird Al fan for a long time lol.

When I saw his new CD was coming out via his FB I immediately ordered my copy! I can still listen to it for free on Spotify but I wanted the CD for my car.

Oh, Al, perfectly timed. Been a Weird Al fan since I was a little girl and my dad picked Al over the actual pop songs. Smart move. SO excited to hear this album, I can only imagine that it will have a fun political perspective. I saw him play Hitler on an episode of Drunk History (mtv) recently--funny stuff.

posted on Jul, 15 2014 @ 04:06 PM
link
Been a huge Al geek since his early days and still loving him now. I finally got a chance to see him live last year for his Alpocalypse tour and had an awesome time.

Great showman, great musician, and just all around a nice guy. Can't ask for more

I actually saw an older video of his; a parody of R. Kelly's Trapped in the Closet, that made me laugh.
I'm fairly certain the OP has seen it before but for others:

Thanks for posting OP.

Ha, that was funny, hashtag cop. LOL! I have never used a hashtag in my life. I think they are so stupid and pointless.

Not bad but no Weird Al! Thanks for sharing.

originally posted by: six67seven
Yeah it was good, if you're into grammar and such. I may have giggled but definitely wasn't crying from laughter.


Oh I cried because I have been called a Grammar Nazi more times than I can count. My husband calls me one often lol.
So this song made me laugh with tears on a personal level.

I actually saw an older video of his; a parody of R. Kelly's Trapped in the Closet, that made me laugh.
I'm fairly certain the OP has seen it before but for others:

HAHA yea this is a good one. I listen to Weird Al quite often via Spotify.

Do you know "Whatever You Like," his parody of T.I's version? I cracked up at that one. Heck I laugh at ALL his parodies but some more than others.


I can't even listen to T.I's version anymore without singing Weird Al's version.

originally posted by: Jomina
Been a huge Al geek since his early days and still loving him now. I finally got a chance to see him live last year for his Alpocalypse tour and had an awesome time.

Great showman, great musician, and just all around a nice guy. Can't ask for more

I would love to see him live! I missed his concert here. It sold out in 15mins!

posted on Jul, 15 2014 @ 07:42 PM
link
This is my son dancing to the song. He gets into is after I turn the camera off. Whenever he sees me film him he tries to take the camera so I have to be slick when I want to record him. My ringtone on my phone is "Party in the CIA" and a couple weeks ago my mom called and I was bathing Liam, well he stood up in the tub and started dancing to it. It was hilarious! He is just too cute with music!

I LOVE that video!

I am a Weird Al fan. Been listening to him since Dr Demento.
But OH NO!!
He is a GRAMMAR NAZI!!!!

That was awesome. I have a new favorite Weird Al vid! Thanks!

Up until this, this was my favorite:

I just heard listened to this one! LOL I have Spotify radio on and I made a Weird Al channel with all his music.

I also like "Pretty Fly For a Rabbi" that one cracks me up.

I was just on his website and found a "White and Nerdy" girls tee. I am soooo ordering that! I need it. I am white and nerdy