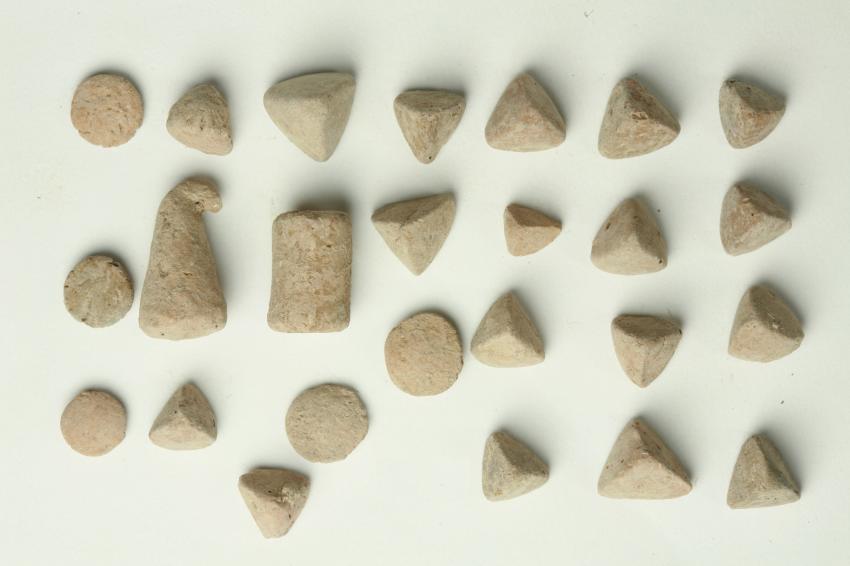 Excavations at Ziyaret Tepe, the site of the Neo-Assyrian ancient city Tušhan have unearthed a large quantity of tokens dating to the first millennium BC some 2,000 years after Sumerian cuneiform had emerged. It had been thought that the tokens were used for thousands of years prior to the invention of writing and had died out but the latest find shows that the use of tokens continued.

The inventions of recording systems are milestones in the human journey, and any finds which contribute to the understanding of how they came about makes a basic contribution to mapping the progress of mankind Read more at: phys.org...

There were some quite elaborate systems made using knot tying and strings of different color. Different colors would mean different quantities (animals, crops, people), positions along a string would indicate amounts. Two such devices could be paired and then set to indicate a trade. Each would have a copy of the deal and could go back to their village safe in the knowledge that neither the price nor amount could change.


They may have but I haven't read anything on them for many years. Completely off topic for my own thread but you might find this interesting;

Oh my you shouldn't have asked that question....

LARGE paper on that very subject

...and specifically a precursor to Sumerian

Where pre-writing tokens have been found 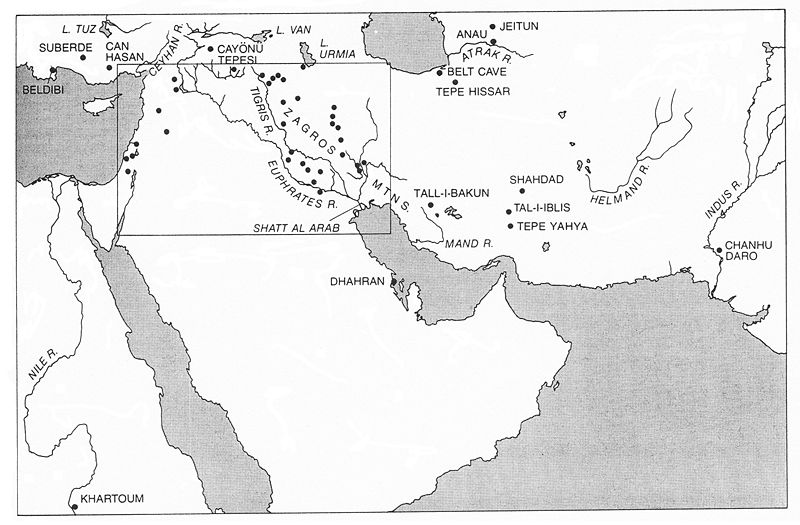 That would make sense, when you stop and think about it. If it's not broken why fix it? If it was an effective system, no need to change it.
I remember an article about those little tokens from a while back, when archaeologists found these little balls stuffed with tokens, and being reminded of the Scottish balls punkinworks mentioned above. 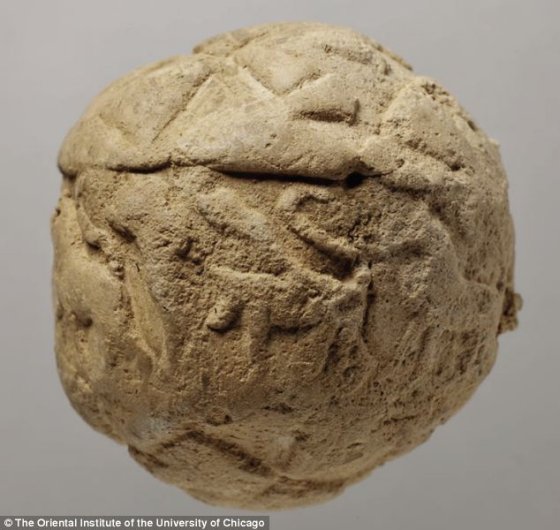 Really interesting post, it reminds us (well, me) I guess, that history isn't as linear or as compartmentalised as we view it today.

The vast majority of the people then wouldn't have been able to read and write anyway so it makes sense that the traditional method would continued.

I use to watch wooden Dhows being built in the Middle East, no plans just the judgement of the overseer and master builders - keeping to the old ways in spite of more modern building techniques.

Exactly - coracles must have been used for thousands of years too.
I think that must have been almost magical watching an ancient blueprint come to life, preserved by memory of countless generations. What a great experience to have had


They may have but I haven't read anything on them for many years. Completely off topic for my own thread but you might find this interesting;

Hans,
Yes the spiny oyster, figures heavily in European trading, agean spondylus for Baltic amber or for Balkan honey.
I belive there is also a connection between spondylus trade and obsidian trading.
I remember reading something about agean spondylus turning up in either a indus valley civ site or an IDVC site in southern India.
Now here is where I fill my ats requirement and make a huge leap of association.
So spondylus from the agean makes it's way to India, likely through the trade network established by sargon, who united med trade with the Persian gulf, then on to a Dravidian trader.
Now the Dravidians traded all the way to the austronesian traders of Indonesia. Some of those austronesian people , the lapita, explored all the way to remote Oceana. The lapita are known as obsidian traders.
For everybody else the lapita are thought to he the founders of the polynesians, who made to Easter island.
A piece of jadite was found at a lapita site in new guinea, might possibly be from Baja California.
During this time period, coastal people of south America began to trade spondylus for obsidian .

Hmmm,
Could there have some sort of trade contact.

We have discussed trans pacific drifts in the past , and from a link you provided I learned of a Japanese ship that washed up in Baja in the 16th cent. near where this happened is a trail called "Palos de Chinos" or Chinese sticks, that leads from the pacific acros the penisula
past a forgotten mission to the gulf of Baja.
Chinese sticks is very near the proposed source of the jadite found at the lapita site.

Yes ships from Northern Asia will in time make their way to the Americas and did so in recorded history. The conveyor belt is the Kuroshio (Black) Current which brought 3 Japanese to what would become Washington state in 1834.

Another ship with Japanese aboard was found off California in 1813 another in 1927.


One was Otokichi, the youngest of the three found enslaved in Washington state by the natives. The Hudson's Bay Company factor sent the crew to London, with a idea that they might be used as a means to open up trade with Japan. They were then shipped to Macau, where they helped Karl Gutzlaff, an indefatigable missionary with a Hong Kong street still named after him, to translate St John's gospel into Japanese. They hoped to return to Japan in an American trader, but the vessel met with cannon fire in Edo Bay and Kagoshima. Rebuffed, they resumed their life in Macau. Otokichi went on to Shanghai to work for a British trading company, married an Englishwoman—perhaps the first Japanese to do so—and prospered; after her death he married an Indian. As a British subject, John Matthew Ottoson was to return twice to Japan, the second time with the Royal Navy in 1854, to act as translator during the negotiations that opened Japan up to British trade. He is buried in the Japanese Cemetery in Singapore.

Excavations at Ziyaret Tepe, the site of the Neo-Assyrian ancient city Tušhan have unearthed a large quantity of tokens dating to the first millennium BC some 2,000 years after Sumerian cuneiform had emerged. It had been thought that the tokens were used for thousands of years prior to the invention of writing and had died out but the latest find shows that the use of tokens continued.


They fail to consider that they may have simply dug their way into an antique shop.

What, the Akkadians weren't nostalgic?

Actually some were. One grave I observed at a French run site in Lebanon had a Phoenician warriors grave with a few weapons from circa 400 BCE but also contained a Sandars' classification C hilted bronze Aegean sword from 1500-1600 BCE. Where he got that is an interesting question, was it a honored family weapon, or looted from a grave somewhere?

A few Roman graves have been found with antiquities in them also.
edit on 15/7/14 by Hanslune because: (no reason given)

Ooh Thanks for sharing. I read up on alot of this type stuff when I did my study on ancient board games.

Very Interesting to me... this stuff.

You should do a thread on that subject