Why do you think artists always paint what they saw

originally posted by: wmd_2008
a reply to: neilrued

Why do you think artists always paint what they saw


Perhaps you were unaware. It's a little-known fact that artists live a very, very long time. 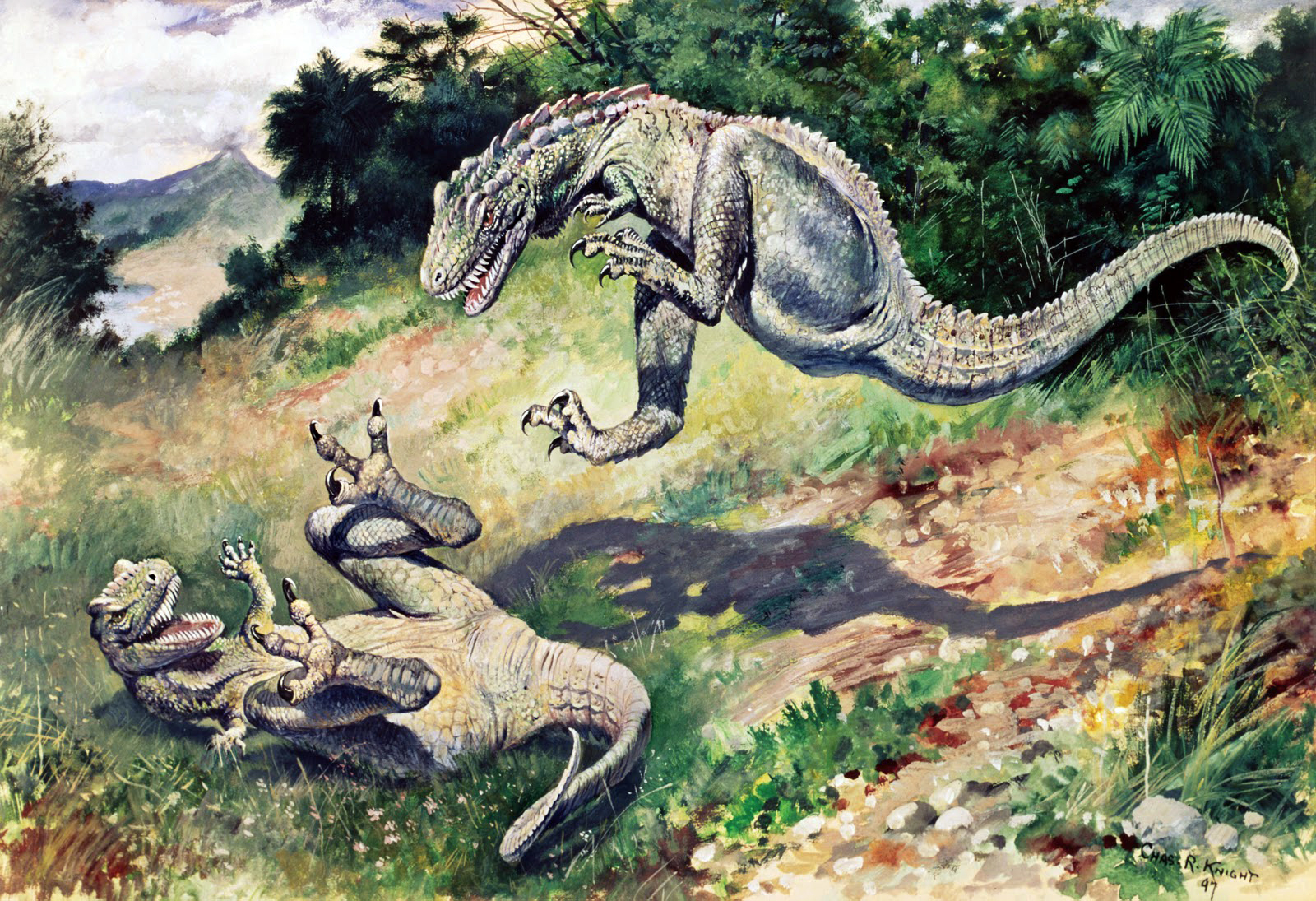 I wonder if they had four fingers and three toes, as it looks like in one of the pictures.

ps who was the 65 million year old artist

originally posted by: wmd_2008
a reply to: Harte

ps who was the 65 million year old artist

Charles R. Knight was the name he was going by in the last century.

Obviously, he must change identity periodically, since nobody can ever paint anything they haven't seen with their own eyes.

That particular painting is my favorite of his (he's fairly famous for dinosaur painting.) The pic was in an old college book my Dad had on Natural History that I used to read when I was quite young.

The book had a great chapter on the Precambrian as well, with the Burgess Shale reproductions that are utterly obsolete today.