Video: A Jet-Powered Train That Made History

Engineer Don Wetzel always loved trains, ever since his dad took him on trips to Ohio trainyards when he was a kid during the Depression. After joining the Marines, he spent some time as a military pilot, and became familiar with jet engines. In July, 1966, Wetzel combined these interests, leading a team that strapped two GE J47-19 jet engines onto the top of a modified railcar--and let rip.

That is utterly stark raving bonkers! I mean, its damned impressive, and obviously provided the data on the speeds that the rails could take, but jet propulsion on a train seems like a really insane idea! I mean, can you imagine how loud it would have been for the passengers in the front most cars?

No kidding. And while you were thinking about noise, I on the other hand was wondering just how much of a bump it would take for them to be airborne.

It's a good proof of principle, those engines was straight off a B36 and the track and train was standard rolling stock in the same old neck of the woods somewhere.

If you wanted to then build the system from ground up based on that principle of mounting jets on trains I'm sure you can get a functional high speed long distance thing going on. Suitably designed carriages and stuff, jet engines are scalable and sound proofing sure you're not moving at airline speeds, that's where all the noise on an airliner goes - behind you, trains much slower, but smaller turbines on this bespoke jet train it would be no problem to manage noise levels to be acceptable for passengers, smaller and more jet engines distributed well. Hundreds of miles of vast American wilderness? Blast through it on jet tracks that go no where near population centres, just hubs. Could have been cool, could easily have replaced diesel locos on long distance runs, I'd say the things for heavy long trains hauling massive loads could be hybrid diesel and jet - Diesel to get the thing rolling, I don't think jets are suitable for accelerating massive loads like a mile long freight train, all these jet engines straining on the mounts at full power while the trhe ain takes fifteen minutes to get up to 10mph? eeeehhh might loose one or two engines spinning at max thrust busting off the mountings and demolishing things Michael Bay style

Nice proof of concept, not suitable to existing infrastructure though. Shame cos jets burn cleaner than diesels I'd think

A commuter jet train left the rails this morning while traveling at speeds over two hundred miles an hour, before crashing through the Main Street of a thriving small town. Reports from the scene suggest that the Sheriffs office, the bank, post office, barber shop, and the office of a bail bondsman were totally destroyed by the jet propelled locomotive, after it left the rails due to a build up of autumn leaves on the line. In addition to the damage to the small commercial district, forty or more homes have been destroyed, and it is thought that at least three hundred and thirty two people died in the crash, including all passengers and staff aboard the train, and sundry casualties in the town which was hit. Luckily for the small town, the death toll was reduced by the fact that most people living there work out of town, and their children are educated three miles away.

Its bonkers. Its great, I love it, but it is bonkers.

Haha. Bet the post office mail would have flown every which way too.

The M1 Abrams tank runs on a jet turbine engine and is not that loud.

There is no reason a jet turbine engine could not be used to power a train.

i have worked on jet turbine generators on navy ships.
www.criticalpast.com... 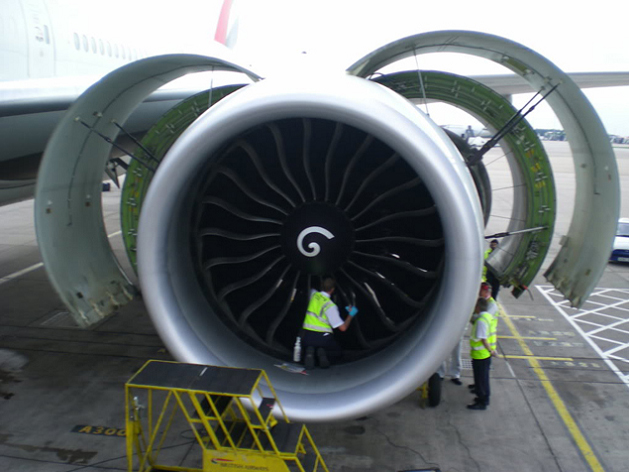 I don't get this part, but I can't see the video.


Wetzel said in the video below that he would have pushed the train even faster had he known his exact speed, and "sure as hell" would have beat the land speed record at the time, which was 202 mph.

So, he took the trouble to strap a couple of jet engines to the train, which sounds pretty hard, but he didn't install something that would tell him how fast he was going, which doesn't sound that hard?

Also high speed trains have special design features to overcome the stability issues that occur with standard trains at high speeds, so I don't know the exact speed at which the train would have de-railed, but it may not he as high as he thinks.

originally posted by: Arbitrageur
So, he took the trouble to strap a couple of jet engines to the train, which sounds pretty hard, but he didn't install something that would tell him how fast he was going, which doesn't sound that hard?

I'm thinking that the easiest speedometer would be one that measures wheel rotations. However, depending on the speed, perhaps the wheel rotations would not be able to keep up with the forward momentum of the train (i.e., the train may "slide along" a bit rather than "rolling along"), so that method may not give them an accurate measurement.

Frankly though, I don't know enough about the coefficient of friction between the train and the track, nor the ability for the wheel to spin freely to say whether or not the train would "slide along" very much that it would affect the accuracy greatly.

Another way would have been to have accelerometer in the train, but that is a bit more complicated, and would have also required calculations to convert the accelerometer measurements into speed. They could have also attached an external wind speed device to the train that measured the speed of the wind as the train cut through that wind -- which would have been accurate for the most part if the ambient wind speeds were minimal (if the winds were generally calm that day).