More Flooding in Manitou Springs---and trying to save my mom's house there. 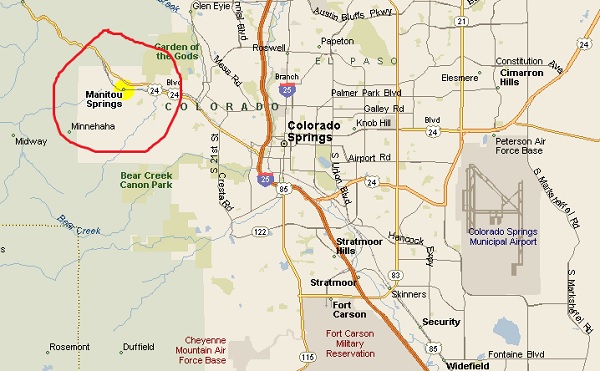 When I'm done writing this I will be driving out to Manitou Springs pulling a rented skid-steer/bobcat, in hopes I can build a retaining wall around my mom's old place before it gets washed away.

My mom and dad use to live in Manitou Springs Colorado. nothing fancy just a nice rustic kind of double wide they set up on six acres out there after dad retired from working at Fort Carson over in Colorado Springs.

Anyway Dad passed several years back, bad heart... Due to mom's failing health, emphysema... she had to move to a lower elevation and now lives with my youngest sister there in Austin TX.

As for her house.... she's left it for me and my wife to take care of... The plan is to pass it along to my daughters where their of age. 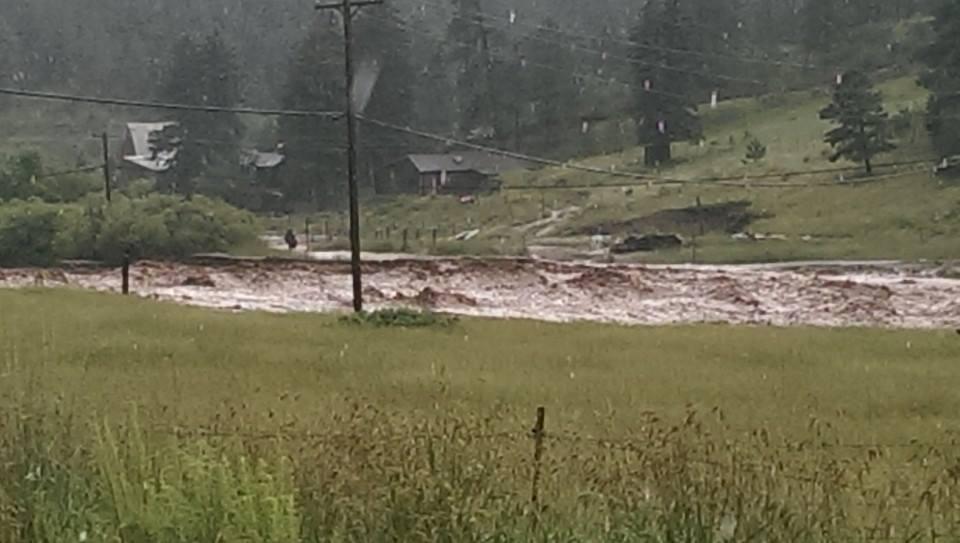 Problem is--- This will be the second year in a row where I had to fight to keep her house from being swept away. 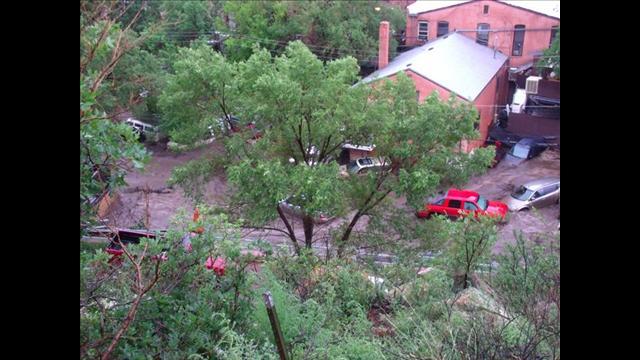 in places--- the town is still cleaning up the mess from the last one... 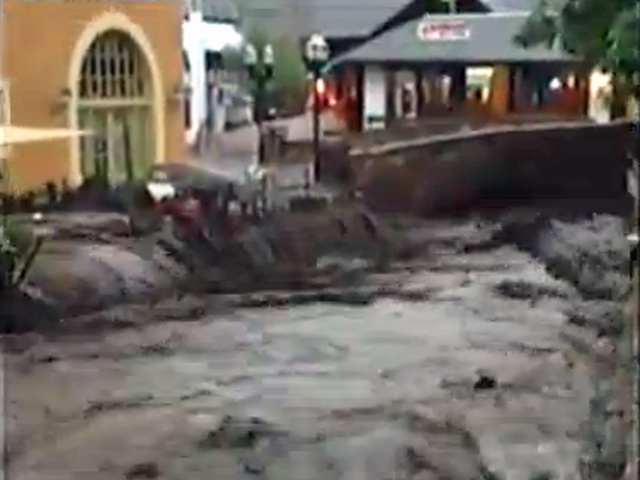 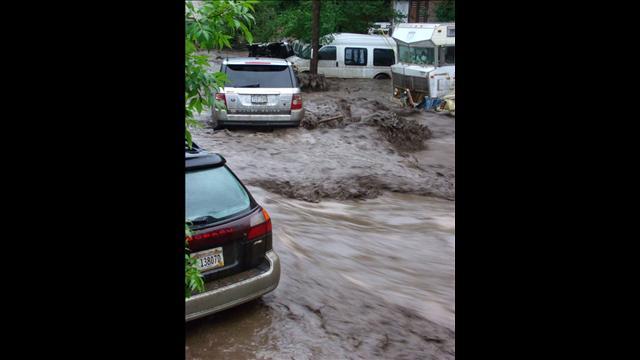 The reason for all this flooding and mud slides is there was a wildfire up in Waldo Canyon a couple years back with the trees and brush gone the rain just pours down the mountain. Leaving more barren earth in it's wake.


I don't know nothing about global warming and changing environments.
But I will say I spent most of life here in the Rockies and these past few years have been unlike anything I've ever seen or heard about...
not just wetter or dryer, it's in the way these weather patterns swing from one extreme to the other... To Hot... To Cold... To Much Snow...Extreme drought on the west side of the mountains... to much rain on the eastern slopes...

I'm telling ya man... this year is setting up to be a repeat of last... ya all still remember Bolder CO, nearly getting wiped off the map too, right?

originally posted by: jjkenobi
Yikes. Doesn't sound like an ideal location to build and maintain a home.

Wasn't always like this...
Before the forest burned, flooding wasn't this bad... Up on the side of the mountain there was enough vegetation to keep everything stable... soak up all that excess water...

posted on Jul, 15 2014 @ 11:43 AM
link
Wow is it flooding there right now? I know there was some flooding on the NE side of town yesterday but didn't hear anything about the Waldo Canyon burn scar or Manitou yet. However, I saw on the news last night that It's supposed to rain heavy tonight, and I did hear there is high risk of flooding at the burn scar. Whatever you do, be careful about it!

Sounds like a tough fight but perseverance will win the day.

posted on Jul, 16 2014 @ 10:36 AM
link
Just an update...
thanks to my brother-in-law showing up with a backhoe we got quite a lot of work done.
luckily the weather cooperated and by the time it got dark we had most of an angled diversion wall built, Finished that up this morning, and with luck--- should keep the water flowing downhill and away from the house...fingers and toes crossed.

the biggest threat 'they say'--- will be this weekend so I'll be back there to do whatever I can...

Cant imagine how difficult and stressful that must be, glad to hear things have cooperated so far.

Good job, may I suggest you get a big pump cause water will find its way through.

I have a gas powered Mission/trash pump but if the flood water were to back fill up to the house there would be no place to pump it too...

See the property sits on an gently inclined slope already... But if enough water were to come down the canyon it would wash away everything in the draw... best I can manage is to protect the house and out buildings... or at least say I gave it my best shot.

Ok, now I see. I thought you made a wall circling the house.

Ok, now I see. I thought you made a wall circling the house.

Naw, that would only trap water against the house... What we did is on the up stream side we made a four foot tall slanting earthen wall / from a low hill back towards the creek... hopefully keeping the creek in it's bed until it's past us... leaving the bottom part open so it continues to drain ....hopefully...

I'm probably going to get all kinds of hell about it from the state about throwing it up like I did... but "F" them... it's all on private property...

originally posted by: Wookiep
Wow is it flooding there right now? I know there was some flooding on the NE side of town yesterday but didn't hear anything about the Waldo Canyon burn scar or Manitou yet.

Sorry I didn't see your question yesterday.... Was kind of in a hurry ya know...

Anyway no, we lucked out with a break in the weather... Damn near gave me a heart attack when I saw that roadside sign that said "Flood warning, seek higher ground'!

Sure they were just being careful but that had me in a near panic...

oh well the work needed to be done anyway, better to do it now than after it was to late right?


No worries, yeah I'm on the west side and usually get about the same weather as Manitou. The burn scar dodged a bullet yesterday but today/tonight is supposed to be another round of heavy rain on already saturated ground. So I'd say yep, better that you got it done just in case!

According to last night's news, if the burn scar can survive today then we're good for at least another week. One way or another however, mother nature is going to test the newly built culvert on hwy 24 eventually. Hopefully it does the trick so you don't have to keep doing this!

You know this is setting up to be just like last year.

First Manitou got hit then soon after Bolder gets it bad... if this El Nino ever gets going... This could be a bad flood year for the whole state.

To those of you who live in the flat lands... Our floods are not at all like you see happening on the east coast right now...
you see when our floodwaters come raging down the mountain they tend to carry house sized boulders too and you would not believe just how fast that water is coming!

so there.. our floods are way cooler than yours, naner naner....

It's coming down pretty good now...

Hwy 24 Closed Due to Flood Risk

1 mins ago - US 24 closed in both directions from Cascade to Manitou Spgs b/c flood warning;no est time of opening

I made a makeshift retaining wall with boards 3' high because my ditch wasn't holding/kept filling with silt. I've got to work like hell to get things shored up before the rains start.

We're on a slope too with a rocky outcropping out back, I hope the boulders stay put. You're right about flooding at altitude. It brings raging water full of debris carving out/undermining everything and can leave sink holes. You be careful on that bobcat.

A few years ago I watched a flash flood pick up our jeep/carry it down the meadow. It got hung up on the wood pile or we would've lost it. After that we had a 4' deep ditch dug behind our property. Its really helped but it's getting deeper. I can see it in google satellite images. LOL

There's a burn scar here on the east Spanish peak in the area of the boy scout camp. Bear creek is overflowing and scouts have been evacuated a couple times. Tuesday it got scary so they brought them to a shelter in Walsenburg. Poor kids can't catch a break last year they evacuated because of wild fire.

Working in the mud is so horrible and heavy. I've got arms like popeye. I hope you can save your family home. It's suppose to start drying out next week but who knows.

Out east La Junta catches our runoff. A couple days ago they were at flood stage. After last night's solid rain I'm willing to bet they're inundated.

The other day I found a perfect arrowhead that washed into my garden. A little payback for my efforts but a pot of gold would've been more appropriate. Hang in there.