William Hague to stand down as MP at next election


William Hague will step down as an MP at the next general election, David Cameron has announced, as he paid tribute to the outgoing Foreign Secretary.

Energy and Climate Change Minister Greg Barker is leaving government and will not seek re-election next year.

David Willetts has left his role as Minister for Universities and Science Minister as the major Cabinet reshuffle continues.

According to reports, Mr Willetts will also leave Parliament next year.


Attorney General Dominic Grieve has left the government as the last Cabinet reshuffle before next year's general election continues.

The 74-year-old told ITV News that he spent more time at the cricket test match last week than in his office.


Nick Hurd steps down from ministerial role
Nick Hurd, the minister for civil society, is stepping down from his role.

The MP, who is the eldest son of former Foreign Secretary Douglas Hurd, announced the news on Twitter.

And another major position...

Northern Ireland Minister Andrew Robathan has left the government as David Cameron begins his final reshuffle of his Cabinet ahead of next year's general election.


The Minister of State for International Development Alan Duncan has left the government.

Mr Duncan steps down after four years in the role.


What else do we know well? Well Sir George Young is also stepping down and slightly more surprising, the Welsh Secretary David Jones has gone.

It also looks as though the Environment Secretary Owen Paterson may have gone too - if true that would be surprising.

I have lived through many, many cabinet re-shuffles......but never can I recollect so many that are leaving government altogether!

posted on Jul, 14 2014 @ 06:30 PM
link
Wondering how much of this is to do with the spotlight inching closer to Westminster in the hunt for pedos in parliament. Very interesting timing.

Ahead of the general election or independence referendum in Scotland?
Anyway they'll just be replaced by other k##bs.

originally posted by: CthulhuMythos
Wondering how much of this is to do with the spotlight inching closer to Westminster in the hunt for pedos in parliament. Very interesting timing.

Exactly what I was thinking. Be interesting to see how many of them leave the country!

posted on Jul, 14 2014 @ 07:16 PM
link
There is only one reason why these people are 'Leaving' they're being replaced with women because Cameron and his little party of rich bitches (who'd rather see you shining their shoes than earning a living wage) have been hammered over the last couple of weeks over the fact that their party has very few women in important positions within it, look at their replacements and you will see that most of them if not all of those leaving are being replaced by women.

they're trying to jigger around with the voting people, they only got in with the lib dems (coalition) because Libs promised the students to not raise their university fees and now they stand at 9000 at the least. Its now time to get the female vote by being known as the party with the most women in powerful roles.

Side Note: I was talking to a professor on facebook and he told me that currently the UK doesn't have an elected Prime Minister, that neither of the parties managed to get the majority vote for the win and had to have a coalition which means the politicians decide who is going to be the new prime minister and the deputy prime minister. But it doesn't worry me, I'm gonna vote UKIP anyway, its about time we took our country back and replace the douche bags in power.

Well, if Dave thinks that by putting more females in his cabinet is going to win him the next election....he's wrong, especially with recent 'revelations' and speculations going back to the Thatcher era.

Also, most of those 'leaving' are not being replaced en masse by females....so far only 1

May be its all got something to with the child abuse investigations drawing near in the UK.

originally posted by: Soloprotocol
It's ok, the Nazis did a re-shuffle as well before 39. it's common practice with the far right.

Anyone with an understanding of how politics works in the UK will know that re-shuffles are not uncommon. There are some positive appointments.

William Hague has been a good Foreign Secretary and appears to be leaving politics altogether. Nicky Morgan is Education is a good choice.


originally posted by: Soloprotocol
It's ok, the Nazis did a re-shuffle as well before 39. it's common practice with the far right.

Anyone with an understanding of how politics works in the UK will know that re-shuffles are not uncommon. There are some positive appointments.

William Hague has been a good Foreign Secretary and appears to be leaving politics altogether. Nicky Morgan is Education is a good choice.

lol..Ask the Syrians how Hague worked out for them. 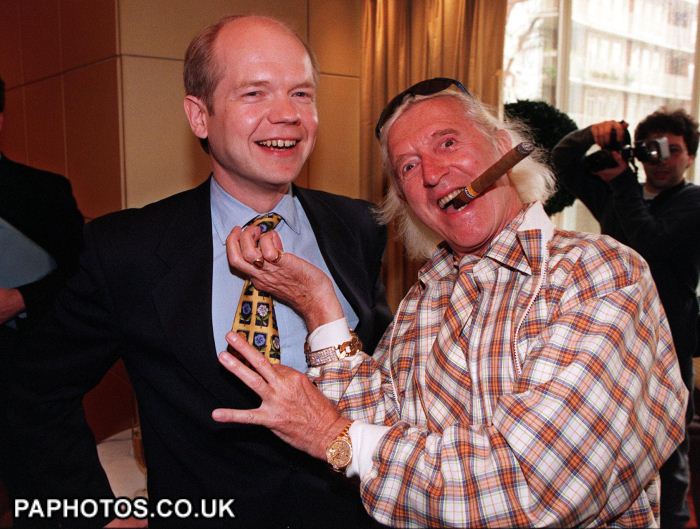 They are quitting like the rats they are. IMO I think its because of the Paedogate thing that is happening. People are waking up to the fact that there has been a massive cover up in this respect. Ever since SIR jimmy so VILE savile was exposed things have gotten worse for them. cyril smith was abusing children and it was covered up by the police and other govt agencies. The latest is concerning a high ranking tory that was abusing children and maggy the milk snatcher covered it up.
Then we have the new secrecy rule concerning the royal family. No doubt to stop any thing about so VILE savile and his pupil big ears. Cant have it coming out that big ears and so VILE savile were best friends for 50 yrs and no one knew that he was raping and molesting children for the same amount of time 50yrs. I often wonder what maggy the milk snatcher and so VILE used to talk about whilst she treated him to xmas dinner for 10yrs on the trot at our expense.
edit on 15-7-2014 by illuminnaughty because: (no reason given)
edit on 15-7-2014 by illuminnaughty because: (no reason given) 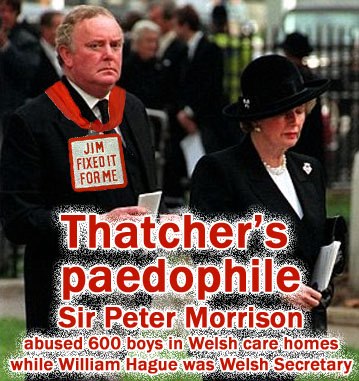 Hague closed down the investigation into the welsh care homes abuse.