This just came across breaking news feed and I'm posting it so you all can educate me. The word cyanide is pretty scary and the idea that exposure is "rapidly fatal" is even scarier. What could be the source of this?

Residents are being asked to stand outside their homes so it's inside - strange.

Firefighters found high readings of hydrogen cyanide (HCN) in that home, as well as numerous other residences in the attached-home development. However, Marriott said the HCN is most likely masking another chemical, which is the true source of the smell.

Also, this report says # of homes affected is 10.

Initial reports were for a suspected gas leak, which lead to response which found the elevated levels of hydrogen cyanide.

It seemed to be coming in through sump pumps, Marriott said

URGENT: 1285 POUNDS PER DAY OF HYDROGEN CYANIDE leaking in Texas

From what I gather, it's a waste product of the gas scrubber? Wouldn't surprise me if this is the case. 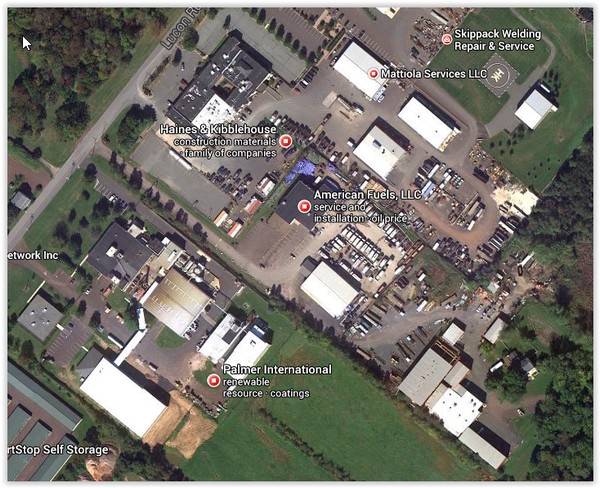 Palmer International wouldn't be a surprise. The N Gorski Ln. area of homes is only about 2 miles away from their facility.

Thanks for that - but, as the proponents will tell us - just a coincidence - awesome! Fracking - the gift that keeps on giving....

This just came across breaking news feed and I'm posting it so you all can educate me. The word cyanide is pretty scary and the idea that exposure is "rapidly fatal" is even scarier. What could be the source of this?

Residents are being asked to stand outside their homes so it's inside - strange.

As I do more digging (see post below) - seems it may be in ground / water - fracking Chemicals?

hydrogen cyanide is just the chemical formula HCN (Hydrogen, Carbon, Nitrogen). Individually, there aren't any toxic elements. But it dissolves in water to form an acid.

Perhaps someone used it as a rodenticide, or to electroplate gold or silver. Or even burning tobacco or plastics.

Thanks for that info - I guess that's possible. But, it seems the volume of the acid is pretty high so someone would have to be trying to kill a lot of rodents!

posted on Jul, 14 2014 @ 07:49 AM
link
From what I can find, there is no fracking going on in Montgomery County, PA.
In fact there is a moratorium on fracking there until at possibly 2018, according to what I am reading here....

Shortly after that report was issued in June 2012, Bucks County lawmakers, led by Sen. Chuck McIlhinney, tucked a measure into the state budget that places a moratorium on natural gas drilling within the South Newark Basin. The moratorium says the state Department of Environmental Protection cannot issue permits to drill in the South Newark Basin until the Department of Conservation and Natural Resources can study the area or until Jan. 1, 2018.

I saw pictures of it... Kind of a dry white cake about the size of a bar of soap. they would drop it in a bucket of ordinary water and it would turn into a gas that killed ya.

Back in my college days I dated a biology major and she used the same stuff in their kill jars when they went bug collecting.

Oddly enough you can order it from most Chemistry/Chemical supply places...
with that said it's possible this was not a natural occurrence, but an attack of some kind...?

Very interesting about the fracking - I guess someone truly may have gone overboard on the rodent kill issue. Or maybe someone had some stored in a basement that got wet? They said issue seemed to be related to sump pump use.

SKIPPACK, Pa. (CBS) — Montgomery County officials say they have identified the substance that caused a stench in a number of homes in a Skippack Township housing developement on Sunday, forcing widespread evacuations (see previous story).
The source of the substance in the basements — now known to be gasoline — remains a mystery.

The odd thing is what does hydrogen cyanide have to do with gasoline???

That was my question after I read your post. Also, why is there gasoline in their basements?

Makes no sense. Now this has more of my attention.

posted on Jul, 14 2014 @ 10:18 PM
link
a reply to: Maluhia
I wonder if a high reading is dangerous? Could be apple seeds on the floor or tobacco residue.
chemistry.about.com...

posted on Jul, 15 2014 @ 08:40 AM
link
Could it come from natural gas? A leaking gas line might be the culprit. I've heard that water and gas lines leak a lot more often than we know about.

Officials say gasoline got into the sump pumps of three of the homes at the Fairlawn Court development in Skippack Township. The gas flowed into the pumps through runoff water, according to investigators

An Army National Guard base located just across Bridge Road is almost certainly not the source because that property is lower than the houses where the spill was detected, Marriott said - “it’s not to say it’s impossible, but it would be ... miraculous.”

Also, still no explanation for the high readings for hydrogen cyanide.