"Don't have a reason for being happy, because that reason can be taken away"

Orwellian logic. The logical followup would be that true neutrality is true peace. In others words, you can't cry if you can't feel. And yes, its screwed up. It's also psyops.

Nothing good comes from self sabotaging your happiness by saying you can't be happy because of a reason.


You inverted the statement. It's not that you can't be happy because of a reason, it's that you shouldn't have a reason for being happy. Just be happy no matter what, for no reason whatsoever, because if you have a reason it can be taken away. If your dog dies? Be happy. If your entire family is shot in front of you while you're tied up, be happy.

The fact that society would quite possibly give you a fairly nasty psychiatric label for not feeling sad in light of those situations is a whole other topic.

It's more Huxley logic than it is Orwellian, but I see your point. It's interesting to draw comparisons between Brave New World and today's society. Obviously it wouldn't be able to happen to its fullest extent, but I think Brave New World is often overlooked, and you could find just as disturbing of parallels as 1984 has to our society. The fact that they are to make you feel good rather than feel afraid is of little ultimate relevance when they have the same consequences for control over society.

Just choose to be generally happy. Much of the rest just takes care of itself.

Ah. Now I think we're all overthinking it. I actually prefer the one that says "The only person in the world who has the power to make you unhappy, is yourself". Much simpler.


And metaphysics is so flimsy and ambiguous.


And metaphysics is so flimsy and ambiguous. 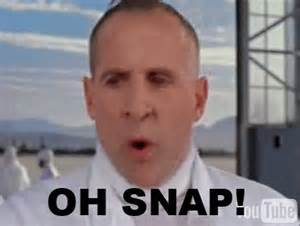 I'm just trying to inject some mild pragmatism into the discussion.

I'm just trying to inject some mild pragmatism into the discussion.

OK, but don't have a reason for injecting some mild pragmatism into the discussion, because that reason could be taken away.

posted on Jul, 13 2014 @ 10:56 PM
link
Well as we're fallible beings in a fallible universe, everything eventually is taken away somehow or changed too much to be relied on. But to say we shouldn't have a reason for being happy, is like saying you shouldn't ever look forward to anything in particular or even hold onto anything in particular. And how can you control it anyway? If I see a girl I fancy and she gives me positive attention, I'm going to be happier, it's just how it works. If I note to myself that she makes me happier then doesn't that mean she's a reason for being happy? Am I supposed to not note when things make me happy? In the large scheme of things, I think this whole thing is kind of like putting your faith in a God and not in anything man-made. A god can't fail you, but man-made things can and will eventually. Then again, that to me seems like putting all your hopes and dreams in the next life rather than this one.

It also reminds me of monks that tell us to have no desires or selfishness. So we're supposed to lock ourselves away in a room and hum until we find nirvana. But to me that whole thing just sounds like depriving yourself of the finer things so you can be happy with mud. We all understand I think that it's easy to take things for granted and that we should appreciate the smaller things, but I think it's going too far to throw everything out and encourage everybody to be happy with nothing.

Should I cut off all my arms so I'll appreciate arms more? Should I pull out all my teeth, so that I'll appreciate teeth more? Sometimes we take for granted what we have, like our arms. When someone loses an arm, they'll appreciate arms more. They'll never get their other arm back but they'll use what they have left a lot better than a person who has two arms. However, I don't think they'll ever regain everything, so I don't think we should suggest everyone cut off 1 arm, in order that they'll use what's left better.
edit on 13-7-2014 by jonnywhite because: (no reason given)

posted on Jul, 13 2014 @ 11:50 PM
link
a reply to: loam
It's more like a state of ignorance. Someone who lived 500 years ago amidst rape and racism and famine and disease and bigotry of all shapes and sizes didn't know what we know today so they had no reason to feel deprived. They WERE happy. But does that mean we should turn back the clock to 1500 and cut our lifespans in half, as well as inviting all of the other problems from 500 years ago into our lives, just so we can prove we can be happy with much less? It's no great mystery why poor people can be happy: they learn to be happy with what they have by necessity. And they don't really know what it's like to have more anyway, so there's nothing to miss. Some people say that's all a good and healthy thing, but poor people still have a very hard time getting college degrees, so it's probably not a good thing after all. And once we have a certain level of security, we tend to hold onto it. I don't really blame people for this. It's the world they know. They might be ignorant, but who isn't? Who can be shown to be perfect? If you ahve a house and it has proven to protect you, would you willingly let go of it? Probably not. You'd try to hold onto it. It's human nature.
edit on 14-7-2014 by jonnywhite because: (no reason given)

posted on Jul, 14 2014 @ 12:14 AM
link
One more thought. I think the real idea here is not to define too explicitly what you NEED to be happy because you could very easily overcontrol your life and instead of being happy you'll not be.

posted on Jul, 14 2014 @ 10:40 AM
link
The reason is the cost of not being happy not to mention this world has so much beauty in it, you just have to pay attention to the right things when you're sad.

2nd line
edit on 2014 by BlubberyConspiracy because: (no reason given)


If your dog dies? Be happy. If your entire family is shot in front of you while you're tied up, be happy.


Sounds very sociopathic to me. If someone was not sad after losing a pet or traumatized by their family being killed in front of them, I don't think I would want to be around that person for my own safety.

That's where I was going with it, though my examples were fairly dramatic. I was just illustrating the point that, If happiness comes from within, it follows that an individual can remain happy in such circumstances.

Any so-called "normal" person would most likely agree that it is okay to be sad in those circumstances, even if it is only for "a little while" before they "decide" to pick themselves up by their boot straps (pardon me if I butchered that phrase, I've never used it before).

The first part of your post is dead on, but I think you may be taking it a step further than it needs to after

NOT having a reason for being happy can also be taken away.

It was probably just the contradiction. In this form it becomes a lot more clear.