“Asking the Justice Department to prosecute Lois Lerner for admittedly illegal activity is a joke. The Obama administration will not prosecute the Obama administration. How much longer will the House allow itself to be mocked? It is up to this House to uphold the rule of law and hold accountable those who illegally targeted American citizens for simply having different ideas than the President,” said Stockman.

Under the resolution Lerner would be held in the D.C. jail and would have full legal rights and access to an attorney.

“It’s time to for House to stop tacitly endorsing this administration’s illegal activity by refusing to hold him accountable. I expect Democrats to defend and even praise criminal activity. The question is whether Republican leadership will join them in mocking the House and breaking the law,” said Stockman.

Contempt of Congress is a criminal offense (Act of January 24, 1857, Ch. 19, sec. 1, 11 Stat. 155.) Congress’ power to hold someone in contempt has been recognized by the United States Supreme Court four times.
\stockman.house.gov...

I think we'll need a lot of popcorn for this one. My input, she'll go on a vacation in Europe somewhere. On the advice of her Attorney.

They get an A for effort.

I wonder how many constituents of Dem politicians will agree with arresting her. If they are vocal enough...it may be a game changer.

IF they can pull it off...she'll sing like a bird, I think. It's not like she's a well liked representative of the IRS. I don't think *We the People* will rise up in her defense.


Sergeant at Arms of the United States House of Representatives

Alas, inside the beltway is a Constitution-Free zone. They fart in our general direction.

Hey...we can always hope, right? Stranger things have happened...look who's our President.

From the mouth of another one who should be on your poster...


Democrats admit the House has the power to arrest those in contempt of Congress. “I could have arrested Karl Rove on any given day,” former House Speaker and current House Minority leader Nancy Pelosi told The Huffington Post just days ago, on June 20. “I’m not kidding. There’s a prison here in the Capitol. If we had spotted him in the Capitol, we could have arrested him.”
stockman.house.gov...

This may gain some traction...something has to break the wall of Lerner silence. She's not used to being told what to do...she won't handle jail well at all.

Democrats endorse arrest powers: “I could have arrested Karl Rove on any given day” Pelosi said just days ago

Today Federal Judge Emmet G. Sullivan ordered a top IRS official to swear in writing, under oath, by the end of 30 days.


IRS officials were ordered to make a sworn declaration explaining how critical emails from Lois Lerner disappeared and what can be done to recover them during a hearing Thursday.

Judge Emmet G. Sullivan of the U.S. District Court for the District of Columbia ordered agency officials to produce a sworn affidavit by Aug. 10 explaining how the emails were lost and how they may retrieved from other sources. The order comes as part of a Freedom of Information Act lawsuit seeking Lerner's emails filed last October by the nonprofit watchdog group Judicial Watch.
washingtonexaminer.com...

posted on Jul, 10 2014 @ 06:08 PM
link
From what I understand regarding Judge Sullivan's court order...Holder can't do squat about it. So Lerner and the IRS could be in deep doo doo...


Yes and at this point we have tampering with evidence, destroying evidence, making false and misleading statements to official investigators, hindering an investigation, conspiracy to commit any number of felonies, ect, ect

Everything I read about this judge conveys that he is a no bull kind of judge. Particularly if he feels someone is playing fast and loose with the law.

This is RHINO's creating misdirection from the illegal invasion and NOTHING will come of it.

Its almost laughable the way when a new failure by the Obama admin pops up they start up an old one to divert attention.

posted on Jul, 10 2014 @ 06:29 PM
link
It would be great if anything comes of it at the very most I'm expecting something like this....."On this day July the 10th of the year of our lord 2014 I hereby present to you Lois Lerner these honorary golden handcuffs, Now if your schedule allows we will hold your mock trial where you will inducted as an honorary member of the American Prison Population."

originally posted by: Battleline
So we arrest Lerner and let Holder walk, bit of a double standard I think.

This is RHINO's creating misdirection from the illegal invasion and NOTHING will come of it.

Its almost laughable the way when a new failure by the Obama admin pops up they start up an old one to divert attention.

Holder is too close to the magic pen. I'll settle for Lerner and those who broke the law with her, pay for their crimes.

It will also lead to the yellow brick road to the White House.

Nice to see you admit new failures of the Obama Administration...

posted on Jul, 10 2014 @ 06:48 PM
link
This admin operates like the mob.Get rid of any potential evidence/witnesses

The Dems are distancing themselves so fast from Obama right now...do you see any of them grabbing camera air time to side with him lately?

Nope they didn't even show up in Denver for the fund raisers he did for THEM!

Everything I read about this judge conveys that he is a no bull kind of judge. Particularly if he feels someone is playing fast and loose with the law.

Yes...he has a reputation for taking no guff...not afraid of anyone. Deals harshly with those who don't adhere to his court orders. 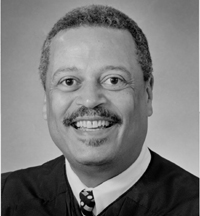 Judge Emmet G. Sullivan was born in Washington, D.C., and attended public schools in the District of Columbia until his graduation from McKinley High School in 1964. In 1968, he received a Bachelor of Arts Degree in Political Science from Howard University and, in 1971, a Juris Doctor Degree from the Howard University School of Law. Upon graduation from law school, Judge Sullivan was the recipient of a Reginald Heber Smith Fellowship and was assigned to the Neighborhood Legal Services Program in Washington, D.C. The following year, he served as a law clerk to Superior Court of the District of Columbia Judge James A. Washington, Jr., a former professor and Acting Dean of Howard University School of Law.

But he can invoke Executive Privilege.

Once that is done ?

Shows his duplicity in the IRS actions.