Lolz! Im in ur woobie haxx0ring ur heartstrings! 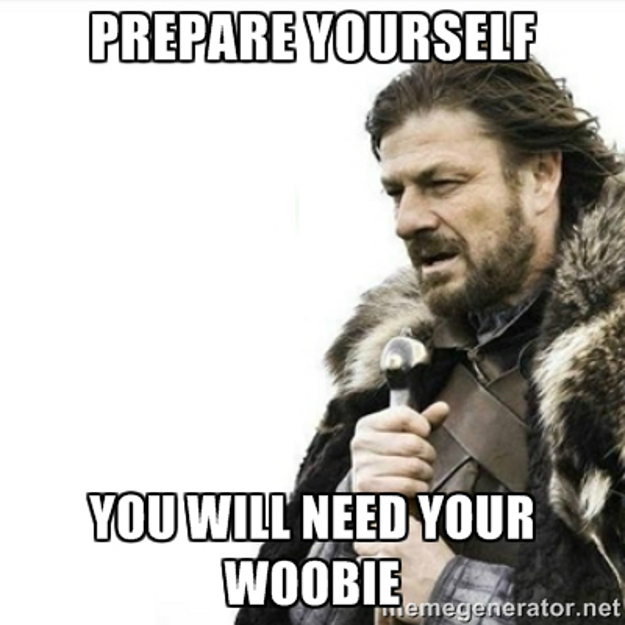 Our Urban Dictionary of the internet defines a woobie as...

Something very precious and snuggly, like a bunny wunny or baby blankie.

...oddly, when “woobie” is searched, Google also offers the WikiPedia entry for the military poncho liner.

Either way, we learned from American psychologist William James in the 19th century that objects that affect the senses have a galvanizing effect on the thoughts and emotions of a person. The James-Lange theory posits that physical stimuli taken in through the senses precedes all emotional response. James himself agreed that the theory seemed go against common sense which dictated that physiological arousal (inreased heart rate, increased breathing and so on) came after an emotional response.

“Nope”, James said, it's the sense objects; the stuff we smell, hear and of course, see. When we are stimulated by those things physically, through our senses, we then suffuse our world with emotion and meaning.

Now, another American psychologist, Dr. Michael Gazzaniga has taught us something else about the human brain in the form of what he calls the left-brain interpreter.

I hope that everyone reads the link and I will provide more at the end, but I will cut to the chase: what Dr. Gazzaniga has found is that there is part of our brain that is constantly engaged in the act of rationalizing everything around us and providing a constantly updating narrative that tries to explain why it is all happening.

Well, it gets even willier than that because it goes in to things like attachment and all sorts of uncomfy stuff of that type, but what I am trying to help make you sensitive to, dear reader, is that that is what we do, all the time, we are wired for it: we respond to the sense world emotionally, whithin the context of the narrative that we are constantly developing that tells us the world is okay. Or not okay.

You might have guessed what I am going to throw out there as the “woobie”? Yes, we are all sitting in front of one, or holding it in our palm or in our lap; it's our computers and smart phones, our networked devices.

And what networks us all directly in to these devices is our automatic outpouring of emotion-charged sense making that we all produce when stimulated by the sense objects that cross the screen or peripherals that are connected to our woobie. We are each truly wired in to these things to a greater or lesser degree, we are each nodes on this huge network.

We have to consider for ourselves and our sensitive loved ones some sort of network security for the heart. Often times folks don't even know a network is insecure until there is a breach of some sort, and that is how the “Experiment on Facebook” should be understood: We got hacked. Thank God. 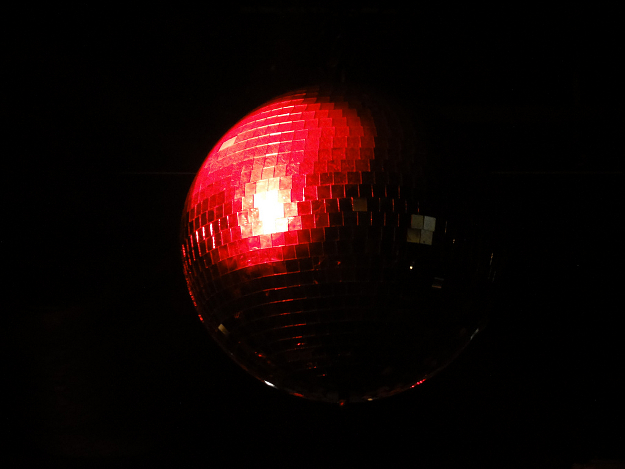 How would folks know? That's the thing, is that what happened at FB brought awareness of what is possible. People that would otherwise have no interest now know that social media platforms that they interact with can be set for poopy-face. I'm not talkin' the average savvy ATS member here, I'm talkin', like, my mom. That's a really good thing.

Knowing how they set it to poopy-face means we have to talk a little bit about “big data”. In a nutshell, a data-processing framework called Hadoop is what allowed the researchers to “auto-tune” the timelines of nearly 700,000 members, that and a very elegant little linguistics software package called LIWC (Linguistic Inquiry and Word Count). Those two together allow for the sentiment analysis of live datasets and voila!, you have a sort of magic mirror, or crystal ball, hard to tell which.

When this software is leveraged for good you get stories like how hospital cardiac teams can predict heart attacks in pacemaker patients sometimes three days in advance.

Hadoop excels at stuff like allowing x-ray images of broken bones in the remotest outposts of Africa to be compared, right now, with a massive database of images, so that doctors without full acess to things like hospitals staffed with radiologists can make more informed decisions and save lives. You'll hear of how it can track flu-outbreaks via tweets.

But, when the stuff is used for nefarious purposes, and maybe unleashed on thriving social media networks as modelled for us by our friends at FB, I am pretty sure it would be like some sort of social-media doom-disco of depression with Satan as the DJ. We all needed to know that, not just the few that understand and work with the software systems. Thank you Facebook.

Where can we find some sense of security in all of this? It seems to me that at this point we can only rely on the awareness that this is where we are moving to with the world wide web. Network security has to include this awareness that our emotions are a target and that they, our emotions, can be targeted for change or disruption by having the context within which we are sensing the world manipulated by, essentially, widely distributed supercomputers. 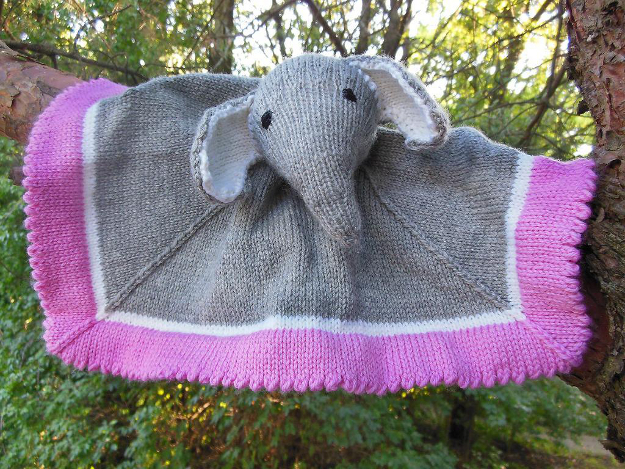 They are, or you wouldn't be sitting in front of one. Neither would I. I'd like to reproduce this quote from a book called The Inner History of Devices by Sherry Turkle (2008):

Thirty years ago, he was holding a TRS-80 home computer and I saw tears in his eyes.

“This computer means everything to me,” he said. “It’s where I put my hope.”

I began the interview thinking I would learn something about how computer hobbyists were putting their new devices to work. By the end of the interview, my question had changed: What was there about personal computers that offered such deep connection? What did a computer have that offered hope?

That hope was well placed. Anyway, Sherry Turkle is a Professor of Social Sciences at MIT and her book is an ethnographic study of people and how they relate to technological devices. It runs deep. I won't get in to it but did you know that dialysis patients form similar bonds with their dialysis machines? I didn't.

That's what I want to share, really: don't freak out. For some of us, including me this can be scary stuff, but it is where we want to go and it has been developing in stages for 40 years.

I believe that we invest so much of our hope and dreams and emotions in these machines because we are depending on them to take us somewhere. Is it possible that we have asked them to take us to a place that we know that we need to go but are afraid of? Have we made them a proxy for our emotions?

posted on Jul, 9 2014 @ 09:45 PM
link
Knowing that the two-dimensional world inside our woobie has about all the ability to convey emotion as a brick, we have nevertheless asked the devices to carry the load of networking our emotional connections, and we want more: we want them to actually convey emotional context and meaning and we expect them to do it accurately.

In order for machines to do that for us, they need to have a model of who we are and what is meaningful to each of us, they have to learn about what is congruent to our emotions and story and reflect that back to us accurately. The machines can only do that based on the data that is generated when we use them.

Software like Hadoop and WANdisco are being used to develop those models, and we are very near to being able to derive the statistics that the models are being built from in real time. That means that our web experience will be bending, flexing and changing based on what is meaningful to us right now derived from the data stream that we produce.

It seems to me that we come together in cities as social beings to solve our hardest problems; to me, much of what we know about history and its remains validate this. The hardest problems that I think that we are trying to solve are problems involving justice and I believe that this is reflected in just about all of our technological acheivements. For thousands of years we have gone to the city to interact in this way and now we can carry it around with us.

We want our woobies to be care bears, not terror bears, but it may be the terror bear that goads us all to that place that I suggested that we need and deeply want to go to, but are afraid of. It's frightening because this is where the world is headed like a freight train and it simultaneously evokes the same sorts of primal fears experienced in the types of dreams where we find ourselves out in public naked.

Being able to understand this sort of threat to our networked hearts can allow us to reach out to and be of assistance to those that we know and love that might feel a more pronounced isolating effect from all of this connectedness which is a danger proved out by the FB experiment.

So, thanks again Facebook, for blowing the whistle on that one, and thank you, ATS.

I logged into my first BBS around 1990 and I never looked back. I've had about 20 of the same friends "from IRC" since I was 14 and we all still talk everyday.


Oh man, and I've been using my computer for work. D'ast!

Then you might be encountering this sort of thing sooner than later. Industries like healthcare and finance are racing to take advantage of what these systems have to offer. Fraud prevention is one area where it is huge right now.