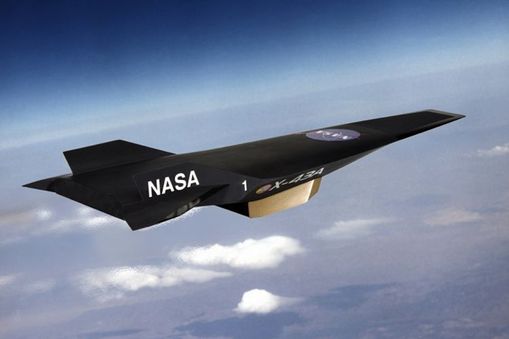 This is the second such hypersonic vehicle china is working on. back in Jan they tested the Wu-14 glide vehicle


signaled the beginning of what analysts say is the start of a new high-technology arms race to build high speed maneuvering strike vehicles. 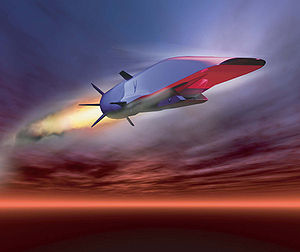 The study by China’s major naval weapons builder is a sign the PLA may be considering the strike vehicle for use against U.S. aircraft carriers and warships as part of what the Pentagon calls “anti-access, area denial” weapons.

what we have here is the start of a new arms race, one lead by the development of a hypersonic missile program.
Right now the (PLA) People’s Liberation Army, China are the major players with American development hampered by the budget crises.

Russian Deputy Prime Minister Dmitry Rogozin said July 3 that Russian missile manufacturers must master the technology for both precision-guided and hypersonic weapons. Moscow has set a goal of 2020 to build its first hypersonic missile prototype.

so there you have it all three major players are in in the game and it looks like this will be a real game changer if they can pull it off.


It was the first time China mentioned the threat posed by the new generation of hypersonic threats in a public document. The report, “Strategic Review 2013,” was published by the PLA think tank Center for National Defense Policy.

It warned that “the role of space power is changing from information support, to space command operations and space-to-ground attacks.”

Im excited about the technology this will create in the future, imagine being able to go from london to L.A. ten times faster. Thats an hour or so. Hell yes please!

originally posted by: Biigs
As scary as these projects are the space based programs are far more deadly (rods from space).

Im excited about the technology this will create in the future, imagine being about to go from london to L.A. times times faster. Thats an hour. Hell yes please!

As long as they keep the noise down

When Concorde first starting making transatlantic journeys, residents everywhere kept complaining about supersonic bangs going off all along the coast. As a result Concorde could only go supersonic over the Atlantic, somewhat defeating the purpose of all that research into high speed travel. Some research is going into eliminating the sharp shock wave - adding all sorts of pointy bits, lumps and dents in places so the shock wave cancels itself out.

it was after all an arms/jet race that gave us supersonic jets.
but they were never allowed to fly over the US....

people thought sonic booms were to freighting and possibly destructive.
that's why they only ever had the SST flying between NY and London...

Have to wait an see if all those old ignorant bastards have died off yet--- before we'll know if they allow hypersonic flight over the US?

originally posted by: Zaphod58
Why do you think this is a new arms race? It's more public maybe, but it's been going on for a long time.

I say arms race because all the players are spending big money to develop future tech weapons.

the same kind of thing we saw with nukes then later missile defense systems.

it's not all bad, every time they get into these games we get new tech as a spin off... if memories services--- that's just how we ended up with the internet... As a project to Improve military comm. systems.
edit on 9-7-2014 by HardCorps because: (no reason given)

Oh it's an arms race, it's just not a NEW arms race.

posted on Jul, 9 2014 @ 11:46 AM
link
They'd much rather complete development of advanced cruise missiles that can skim the surface, are ultra-stealthy, no detectable heat signature... Can easily evade detection and deliver a warhead (in the megaton range) to any targets in the USA....

A much more viable "first strike" capability for China.

Oh it's an arms race, it's just not a NEW arms race.

Old --same as the---New... Got to have a bigger badder gun than anyone else.

Now we wait for the publicists to come up with a new scare tactic to convince the American public we really need to have one of these???

may they can do some kind of spin off the falling sky's TV show?

Hell they've been chasing hypersonic flight since the 80s. Both for military and civilian.

Hell they've been chasing hypersonic flight since the 80s. Both for military and civilian.

True...
But now it seems they managed to get their hands on the plans for the NASA X-43
so they know how to build one now.

The aerodynamic shape for any hypersonic craft is going to be almost identical. There are only so many ways that you can design something and form follows mission.

The aerodynamic shape for any hypersonic craft is going to be almost identical. There are only so many ways that you can design something and form follows mission.

Quite true. While there is an atmosphere to "cut" through there is friction/resistance.

Even if you fly through space, with no friction of any kind, you still have to get there first. Why are satellites so aesthetically unpleasing/unaerodynamic ? They simply dont need to be since the shuttle/rockets got them there.

Atmospherically transversing vehicles, while they cant reduce the air pressure in front of them will always look like missiles or planes, perhaps a tubular shape with the main jet in the middile might be doable (like the engligh electric lighting jet) might be seen again.

NEW? Where have you been? Nothing is different with this. We've had an ongoing arms race for a long time. It never ended. Especially with Black Ops and black budgets.

They have (both sides-all sides) have been at it under the scenes non-stop since WW2. You didnt know? Its always in the news. NEw this, secret that.

Its better to state the "arms race" is ramping up...and its not hardly "new". So, I agree with moderator Zaphod58.

Reminds me of the un-built? Boeing X-20 Dyna-Soar

The Boeing X-20 Dyna-Soar ("Dynamic Soarer") was a United States Air Force (USAF) program to develop a spaceplane that could be used for a variety of military missions, including reconnaissance, bombing, space rescue, satellite maintenance, and sabotage of enemy satellites. The program ran from 24 October 1957 to 10 December 1963, cost US$660 million ($5.08 billion today[1]), and was cancelled just after spacecraft construction had begun.

Imagine if all the minds worked together what could REALLY be done...

Can we stick an Avenger cannon on one and make it VSTOL armored and stealthy ?

I don't know cavtrooper7 would assume that would be more classified objective data
edit on 7/9/14 by Ophiuchus 13 because: (no reason given)